Gavin Devlin has been impressed by the Oakleafers' progress 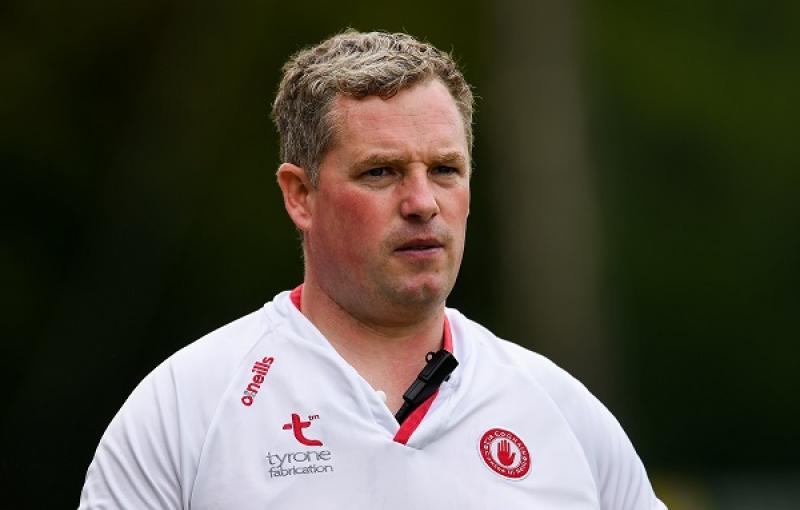 Derry can upset the odds on Sunday and come out of Ballybofey victorious if they can throw a 'curve ball' at Declan Bonner's side.

Back for a second season with Slaughtneil, Devlin knows the Derry club scene and is well-placed to cast his eyes over this weekend's showdown.

He plotted the downfall of Donegal of many occasions and scoured footage of Derry's recent win over Offaly in his role with Louth under Mickey Harte.

Devlin feels Rory Gallagher will be more content with where Derry currently find themselves now than the earlier days of his tenure.

“He'd have felt he hadn't the right players on the pitch to represent him...even the physical shape he'd have wanted the players in for the way he wanted to play,” is Devlin's opinion. The Ardboe man feels Gallagher will be 'quite happy' with the Derry squad now.

“You only had to listen to his interview after beating Offaly in the league final to see a manager that is incredibly confident with the players he has in the setup at the moment and the way they are playing,” Devlin told the County Derry Post.

“The transition has taken place and before that, he wouldn't have been that content with that he saw in terms of the players, the physicality and the fitness levels.”

Donegal have been in nine of the last ten Ulster senior finals and were on course for three in a row until Cavan threw a spanner in the works last season in the final.

Devlin, a man versed in championship action on both sides of the white line, feels the pressure will on Donegal. Outside the Derry camp, nobody will give them a chance. Especially those who haven't studied Derry with the tooth comb he scoured their league final win over Offaly with.

“If you were watching them closely, you'd realise that for the first time in a really long time the Derry team will go into this game with a real genuine sense of winning this game,” Devlin reckons.

“I am sure if you'd ask any team in the last number of years going into a game, they'd be saying 'we'll win the game' but deep down inside, they genuinely would've believed they could win game. This year Derry genuinely believe they can beat this Donegal team and why not.”

Devlin is looking forward to what he sees an 'intriguing' battle between Derry's defence and Donegal's attack, the sectors he rates as the county's ace card. He also concedes that Donegal are a 'massive' step up from Offaly.

“Derry were absolutely immense in that Offaly game the way they defended,” Devlin said. “We did the analysis of it and Derry's defence was so well drilled. Their defending is at a level that don't see too many teams in the country at this moment.

“So that will fascinating for me. Can they handle the level up with the increased speed of the Donegal forwards? I think they can, but they have to be ready for that injection and I am sure Rory will have them ready for that.”

Devlin feels that while the Donegal defence can 'be got at', their preparation for games is 'meticulous' and Derry are going to have to offer something different, a 'curve ball', on Sunday. The threat of Shane McGuigan's scoring tallies and Gareth McKinless running the show from centre back won't go unnoticed.

“Can Glass, McFaul, Bradley, Heron..can these boys step up and take the weight of expectation off McKinless and Shane McGuigan?” Devlin asks.

“If they can do that and offer something different in their attack, as the game evolves it will free McKinless and Shane up.”

After tipping Derry to win Ulster from the start of the year, he isn't changing his mind now. The 'pendulum is changing' and Devlin refers to Oakleafers being on the crest of a wave.

“If Cavan and win the Ulster championship, this Derry team is more than capable of doing it,” he said.

“Over the last number of years, when you've took this Donegal team down the home straight, they've always been found wanting on a number of occasions. If Derry can bring it to that stage of the game, I fancy Derry to win the game.”