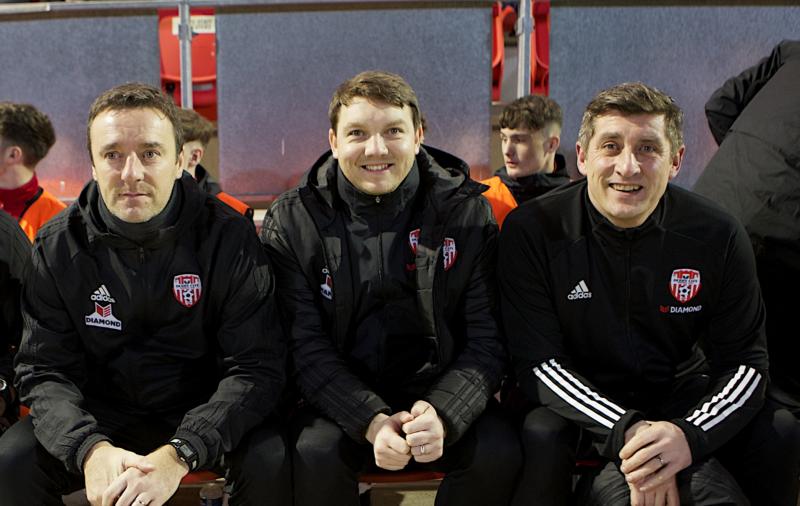 Declan Devine will be without both Kevin Deery and Martin McCann in the dug-out this season, as both have left the club.

The Derry News understands that both parties have departed the club in recent weeks due to significant changes in the Brandywell club set-up.

Both Deery and McCann returned to the Brandywell when Devine was appointed manager for a second time at the conclusion of the 2018 season following the departure of Kenny Shiels.

The club have refused to confirm the departures although it is believed that the pair were informed of the decision a number of weeks ago.

In their absence, Mark McChrystal, who is part of the underage coaching set-up at the club, could well be in line to move up to the first team coaching panel this coming season.

Meanwhile, Scottish defender Darren Cole has signed a new deal with the club to extend his stay at the Brandywell.

Cole, signed by Shiels back in 2017, has made 92 appearances and scored 8 goals for the club and has now agreed to stay for his fifth season on Foyleside.

The 28-year old was wanted by Finn Harps as well as a number of other clubs, but having settled in Derry in recent years, he was keen to stay in red and white.

Cole's adaptability in defence could be a key attribute for the Candystripes this season, with the former Rangers player even capable of playing in midfield if necessary.