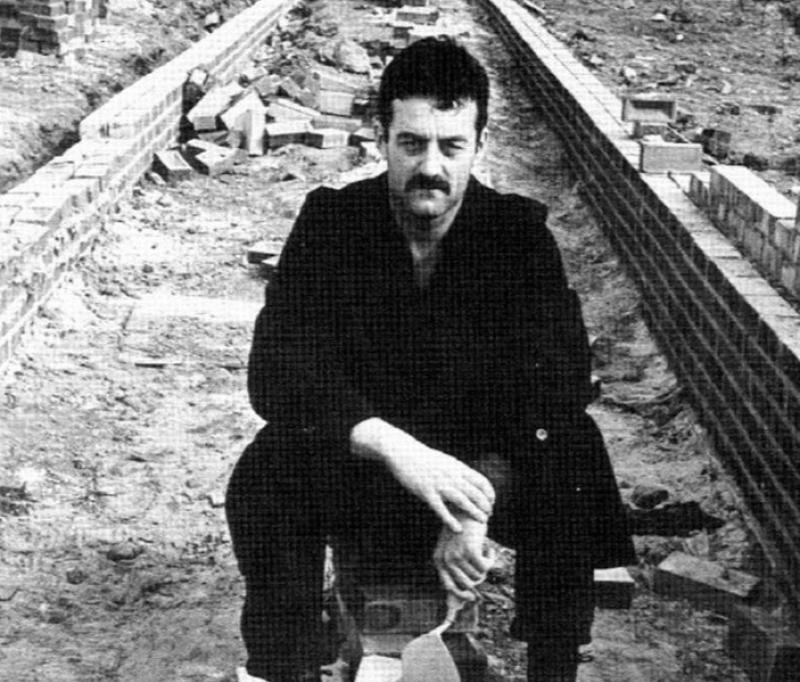 I remember watching Boys from the Blackstuff and Auf Wiedersehen Pet.

Both shows were made during the Deep Recession of the 1980's and one of the main characters Yosser Hughes, played by Bernard Hill, stayed with me for years.

I remember even to this day the harrowing effect unemployment had on his character and watching this 'hard man' being driven to the edge was TV drama gold.

The role got him nominated for a Bafta and Yosser left us with his character's much repeated 'Gizza Job' catchphrase.

Even to this day I still hear it used.

The reason I mention the dark days of the 1980's is that many believe the economy is heading towards unemployment levels not seen since the 1980's.

Even the Bank of England is gloomy and have warned the government that the UK unemployment rate is likely to spike at 2.5m (7.5%).

It also believes any recovery will be slower than expected and it might be a few years before it returns to 2019 levels.

The bank believes that at least one million jobs will be lost in the second half of this year as the furlough scheme is withdrawn and employers struggle to meet the payroll.

Others put the figure much higher.

One thing for sure is that employment opportunities for many people in the next 12-18 months will be difficult to say the very least.

Unless there is some additional intervention by the UK government to assist employers then we are likely to see a lot more people in Derry losing their jobs.

Add Brexit uncertainty into this mix and our region's dependency on leisure and tourism, it really doesn't look good for Derry.

I am particularly worried about a big spike in youth unemployment.

It's funny because in many ways this employment crisis is similar to the 1980's.

Anyone around at the time will remember the destruction of the UK economy by Margaret Thatcher.

Over a few short years unemployment rocketed and a generation of young people struggled to get a foothold in the employment market.

I remember in 1989 queueing for hours on Asylum Road for an application form for summer jobs at the kitchen in Gransha Hospital.

I was one of the many rejected for that job but the parallels between now and then got me thinking of my own journey.

When I finished College there were no jobs in Derry.

When I say there were no jobs, I mean exactly that.

Everyone in the early 1990's either emigrated to the UK or USA. I also remember Jersey and the Isle of Man were popular for a few years in construction.

If you did stay at home you were likely to go on a 'scheme'.

A 'scheme' was for many the only way to get a 'start' as it was called.

People out there of a certain vintage will remember the Youth Training Scheme (YTP) for under 18's or the Job Training Program (JTP) for adults.

There was also the Action for Community Employment scheme (ACE).

The YTP scheme was for two years and during that time you received your income support with an additional £10 a week added on directly to your fortnightly cheque.

The JTP scheme ran for 12 months along the same lines as YTP. You received an additional £10 a week for working 37hrs.

Employers were allowed to pay you another £10 a week if they wanted to and most did but basically you were working for £20 a week.

During that 12-month period you had to prove yourself worthy of being offered a job.

It was really a long interview and for many people in Derry this was their first 'job'.

I was fortunate to be kept on by my employer, North West Marketing.

I was 22 years old and on my way. At the age of 28 I became CEO of North West Marketing and the rest is history.

During those early years in North West Marketing, we actually ran a very successful Marketing/Sales Attachment Program funded through the JTP program.

The program ran throughout the North and placed hundreds of people who had just graduated into their first jobs.

Many of these graduate trainees still to this day hold senior management jobs throughout Ireland and the world and the program was really before its time.

I remember we had 50 places a year on this scheme but often got 250 applications. It was always difficult narrowing the numbers down.

The reason I bring up my own humble beginnings is to demonstrate that during those dark times in the early 1990's many in Derry had such an appetite for work that the thought of working for £20 a week on top of your benefits wasn't an issue.

Many just wanted a chance to prove ourselves.

Of course, we all wanted real jobs and decent salaries but sitting around waiting for someone to give it to us was never an option.

Derry at that time had a 'get up and go' attitude and organisations sprung up from the community like the Inner City Trust, The Nerve Centre, Carnhill Resource Centre, Derry Boston Ventures, North West Marketing, Maydown Ebrington, Dove House, Gasyard, NICDA and many others.

These organisations challenged others to do more for Derry and men and women like Paddy Bogside and Betty Feeney made civil servants sit up and listen.

The 'esprit de corps' in Derry was exceptional at that time. We were all in it for Derry.

With potential dark times ahead we need the same ethos instilled in our young people.

The government has announced the Kickstart work scheme for 16-24 year olds.

On first review it seems an excellent way to get our young people into employment.

The salary is fully supported for six months and there is a £1,500 pot of money for training.

We need to maximize participation on this scheme for Derry.

We also need to educate our young people that in the absence of real jobs they should seek out ways of improving their skills and employability.

Being inactive isn't good, so I would honestly recommend volunteering particularly in a sector where you have a career interest.

In my case I wanted to work in economic development so I was willing to do it for £20 a week if I got the experience.

I have never regretted that decision but too often I meet people who aren't willing to take such a leap of faith unless they are paid.

Tough times ahead folks but we have been here before and many of us should use that experience to guide others through it.

Let's not have another lost generation of youth.

Hopefully when they say 'Giz a job' the answer is YES.