Local council to look at introducing DNA testing of dogs 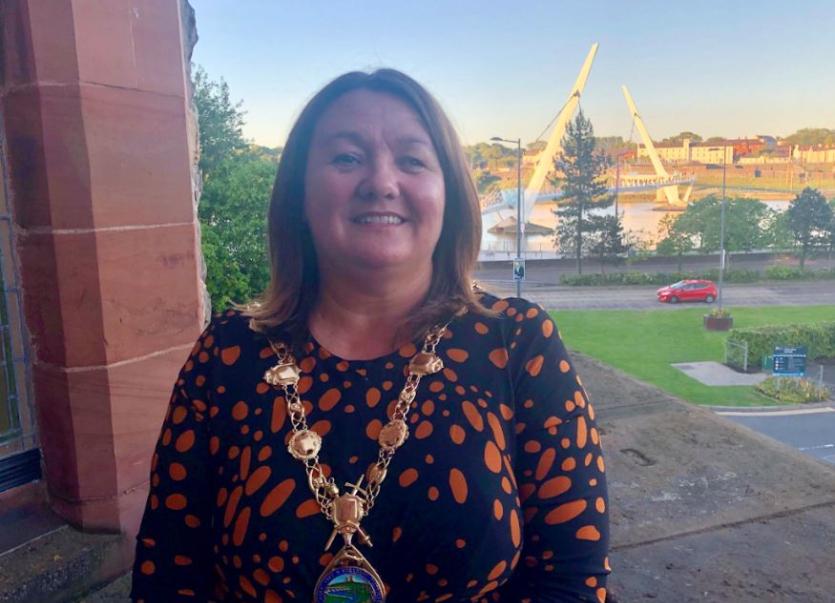 Michaela Boyle was only 5 years old when she lost the sight in her left eye.

Derry’s Mayor today revealed that she lost sight in one eye when she was a child because of dog dirt.
Mayor Michaela Boyle spoke about her own ordeal as a five-year-old during a debate on the ‘blight’ of dog-fouling in the local area.
At today's monthly meeting of Derry City and Strabane District Council, all parties condemned ‘irresponsible’ dog-owners who allow their pets to foul in public areas.
Councillors voted unanimously at the meeting in the Guildhall to look at new ways of tackling the problem.
One of the new methods proposed would be to collect DNA samples from registered dogs.
Dog dirt found in public places could then be tested to find out which animal was responsible.
This information would be used to trace and punish the dog’s owner.
Speaking during today's discussion, Councillor Boyle said she knew better than most people the impact that dog dirt could have on people’s lives.
She said that she had lost the sight in her left eye when she was five years old as a result of toxocariasis.
Toxocariasis is a rare infection caused by roundworm parasites.
People can catch it from handling soil or sand contaminated with infected animal faeces.
The infection mainly affects children as they are are more likely to come into contact with contaminated soil when they play.
“I know all too well the serious impact of dog fouling,” the Mayor told today’s meeting.
“We as a community should be doing more to address this issue.”
Cllr Boyle said the majority of dog-owners were responsible, but added that the message had to get through to owners who allowed their dogs to foul in public.
Councillors backed a motion from independent councillor Paul Gallagher which stated that the council should seek to bring in presentations from other local authorities who have had more success at tackling the problem of dog fouling.
Cllr Gallagher said these discussions should include other areas who have used the DNA method.
“We as a council have to take proactive measures on this issue which is impacting so much on people’s lives,” he said.
Cllr Gallagher’s proposal received the full support of the other councillors at today’s meeting.