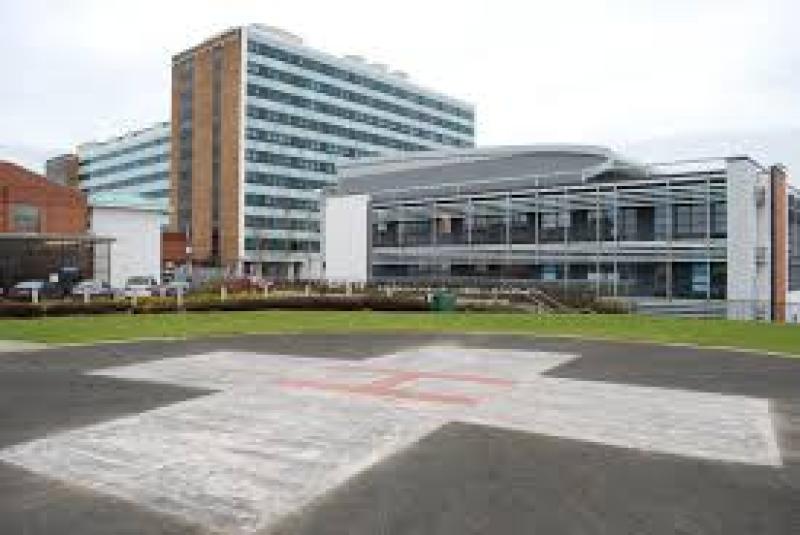 A Western Trust business case to expand Altnagelvin Hospital’s A&E department has reached its “final stages”, the Derry News can reveal.
Ahead of the yearly winter pressure this time last year, Dr Brendan Lavery, Clinical Lead at the Derry Hospital's Emergency Department, said the A&E department treats around 70,000 people per year.
He anticipated that will rise to 100,000 patients a year in the near future which means additional floor space is a necessity.
As such the Trust has been developing business case proposals for the next phase of the Altnagelvin Strategic Redevelopment to incorporate A&E expansion. But the Trust was quick to caution that it is dependent on government approval and subject to available funding.
A spokesperson said: “These proposals will include, amongst other key infrastructural elements, plans for the refurbishment and expansion of the current Altnagelvin Emergency Department (ED) facilities.
“The business case is in the final stages of development and when complete will be subject to Trust Board approval before submission to the Department of Health for consideration.
“Progress on the proposals will be dependent upon Departmental approvals and availability of capital funding.
“In parallel to the above the Trust are considering interim minor capital works to alleviate current pressures within the ED.”
The latest statistics published by the Department of Health taking in the period from August to September 2019 show an increase in attendees at Altnagelvin Hospital.
In September 2018 there were 5,717 total attendees at the Derry hospital’s emergency department and in the same month this year there were 223 additional patients seen.
During September a higher percentage of these patients, 33.6%, required treatment for “immediate” and “very urgent” health care in comparison to 30.3% in 2018.
That is higher than any other emergency department in Northern Ireland with, for example, the Royal Victoria Hospital treating 19.2% of patients in the same categories.
In the run-up to Christmas there is normally a surge in numbers, last year for instance, during the final week of November, 1,200 people visited the A&E department.