The league leaders were pushed hard by Moneymore. 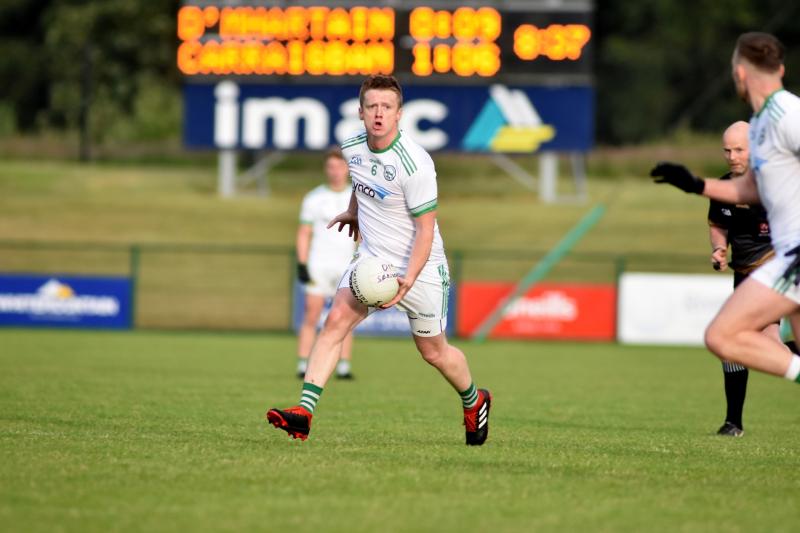 Craigbane are top of Division 3 and enjoyed another win this weekend.

League leaders Craigbane had to work very hard for away win against an improving Moneymore. Once again the Henry Joys leant heavily on Aaron Moore for scores. He hit an impressive 1-6 which was all but three points of their total.

Craigbane led at the interval by 0-7 to 0-3 but Moneymore came back strongly in the second half and took the lead with ten minutes to go.

The game featured three black cards in the first half and two double yellows in the second but overall it was well contested and fair.

It was the ability of the winners corner forwards Fergal Mortimer and Lee Moore to make the best of their chances that proved to be the winning formula.

The winners finished the stronger to keep their unbeaten record with Niall Cartin’s late goal securing the points.

This mid week game was played in monsoon and this clearly indicated by the low scoring at Corrody Road.

A first half goal by Simon McGinley proved to be the difference between these teams who traditionally have close games. Still, Trasna have never managed a win against Ballerin at senior level. 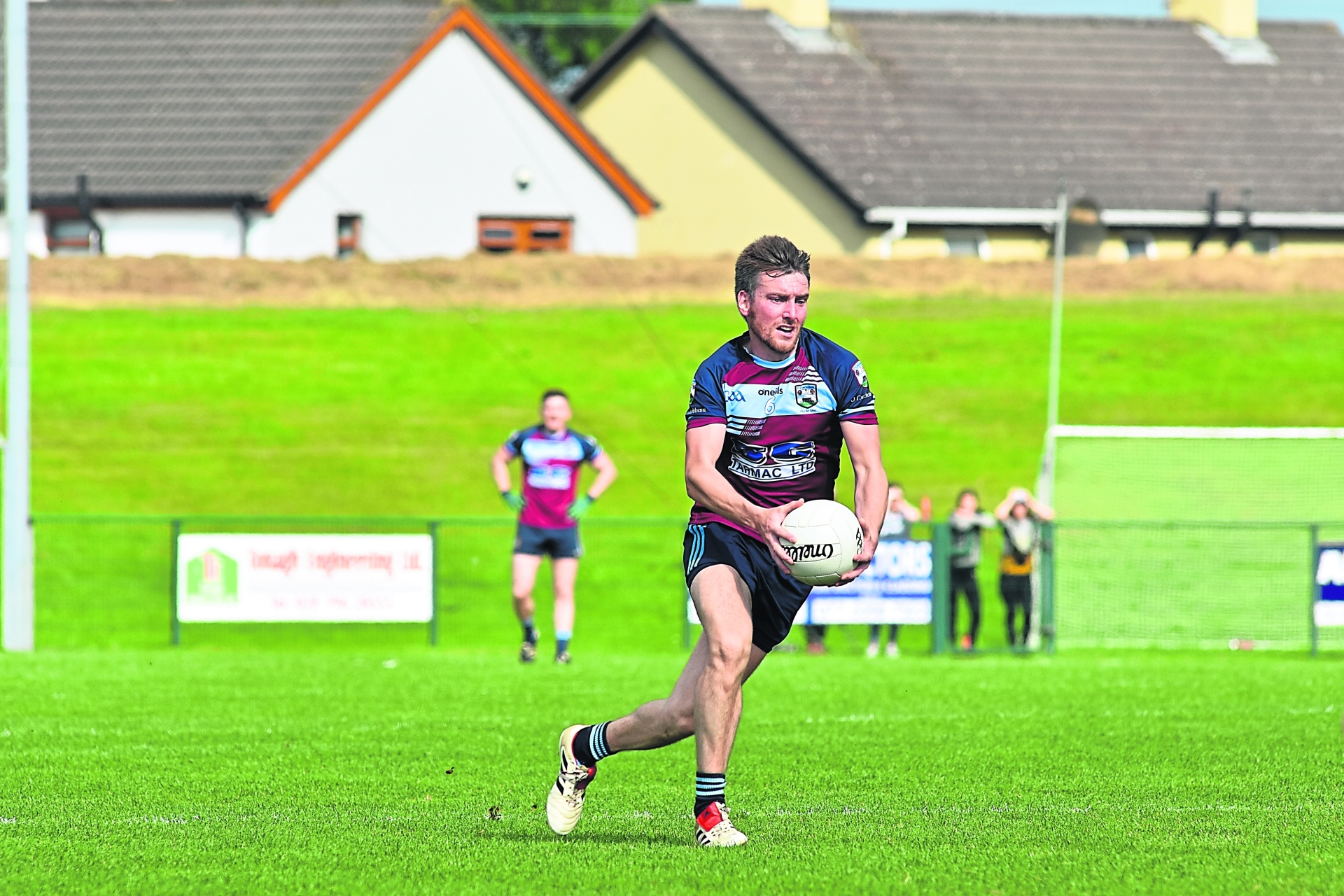 With Brolly Park suffering from the heavy rain of the week this game was moved to Magilligan here water refuses to lie. Glack kept their unbeaten run going against a Dolans that faded after the break.

Glack, with Padraig Morgan impressive had a 3-3 to 1-1 lead. Marty McGonigle hit a brace and Shane Toner with a wonderful finish scored the goals.

The second half was a cagey affair with Glack happy to keep the Creggan men at arms length as they extended their winning margin to eleven points.

Dolan’s who were below strength were unable to get enough ball through to their main scorer Odhran McKane and he was forced further out in search of possession.

There was little indication at half time that this would be a runaway victory for Ballymaguigan.

It had been a well contested first half hour with the ‘Guigan just three points ahead on the score of 0-10 to 1-4, the Drum goal came from Cailean McLaughlin.

With the freshening breeze behind them the visitors pulled away to outscore the hosts by 3-12 to 0-3 in a one sided first half. Early in that half Drum had a man black carded and in his absence the winners scored heavily to keep their prominent position in the league.

Former Glen player Gary Burke lit up the game with a 2-6 total.

Foreglen moved second with a win over Lissan.