The Slaughtneil man says the current Derry squad are a determined bunch. 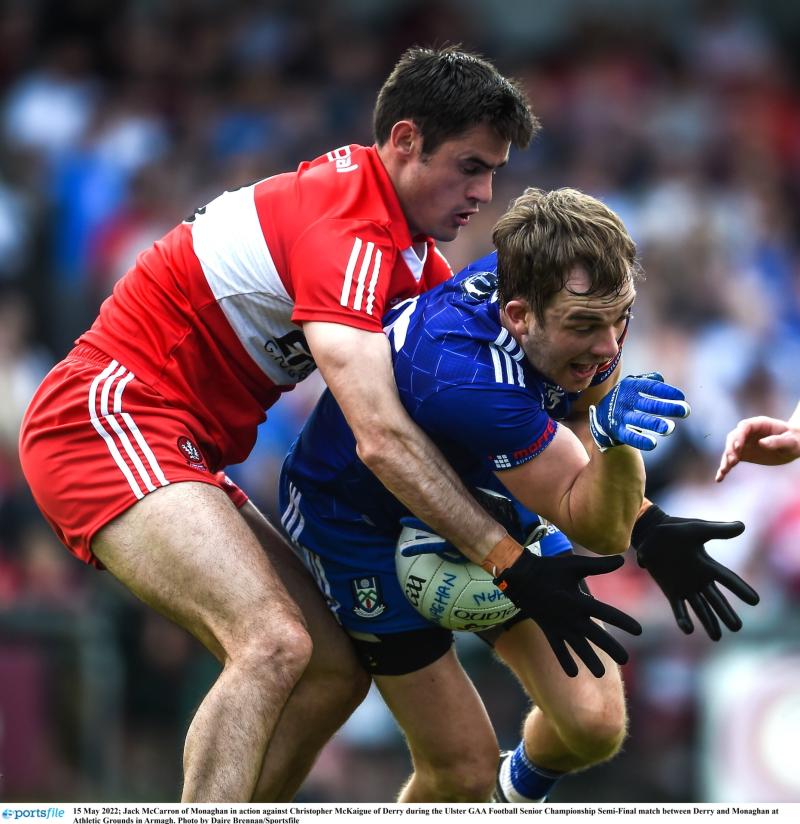 Chrissy McKaigue believes Derry have shown a ‘grit and courage’ that will help them challenge for the Ulster title after they booked their spot in their first final since 2011 with a huge win over Monaghan on Sunday.

The 3-12 to 0-17 victory means the Derry skipper will lead the Oakleaf out against Donegal in Clones in a fortnight’s time looking to bring home the first Anglo-Celt Cup in 24 years.

Sunday’s display was one very different to that of the quarter-final against Tyrone, but McKaigue was pleased with the character shown by his teammates.

“To be honest, captain doesn’t mean a huge amount to me. I’ve been captain in a lot of the teams throughout my career and I suppose it’s my personality that lends itself to being a captain candidate – sometimes not a popular one within the group,” he joked.

"Invariably when you’re committed and together and all those things, the results often do come your way.

He continued: “It’s testament to the management, to the players, and to the county board that have supported this. It’s been a project in many ways, but we just have to stay grounded now and I think from the second half performance we will be grounded because it was rife with error. 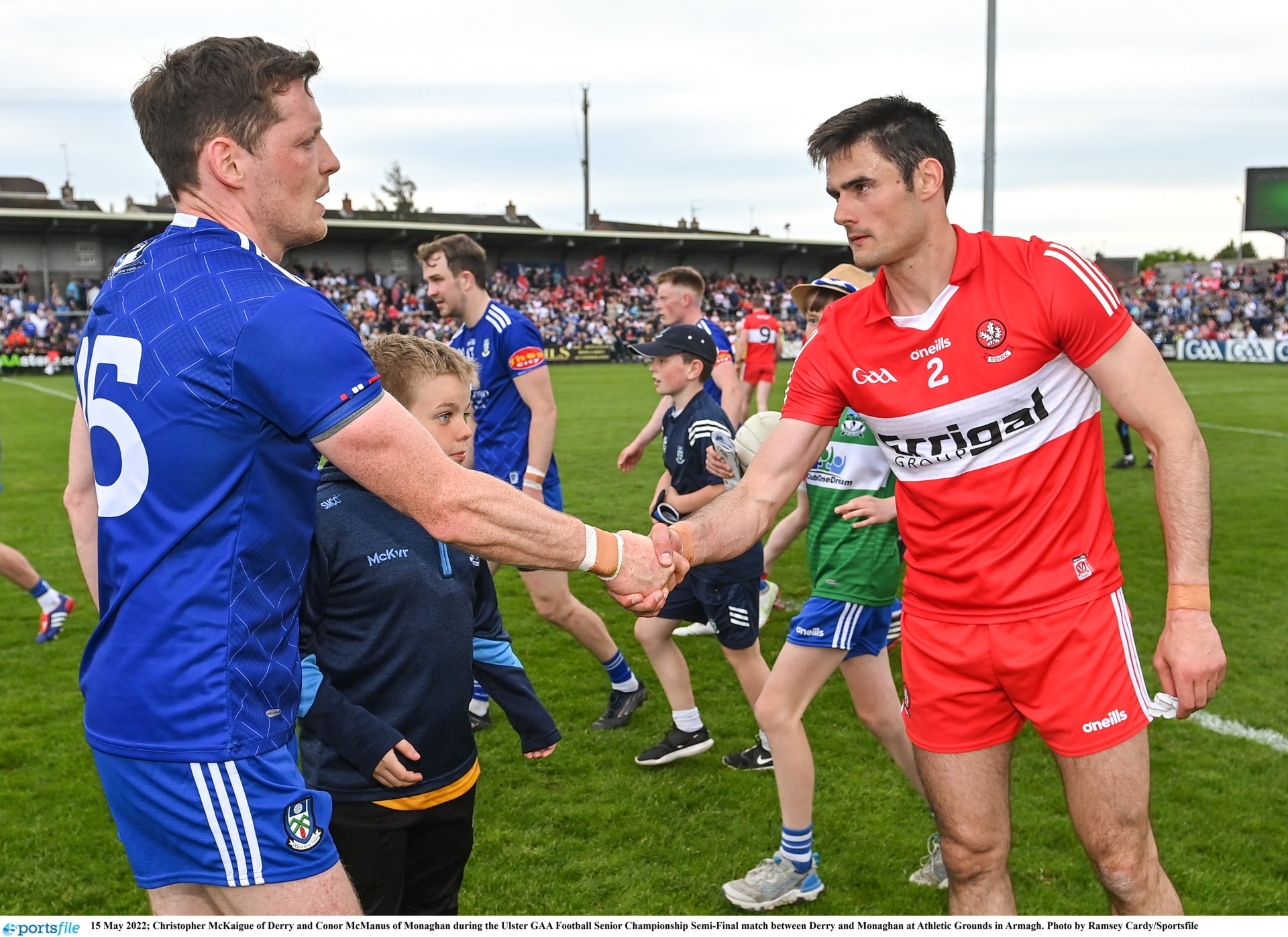 "Grit and courage were there which was something we had to find out too, but there’s no doubt about it, we’re going to have to get better to win an Ulster final because it’s not about getting to the Ulster final for us, it’s about going now and trying to beat Donegal. They will be some challenge.”

Many of the Derry players put in performances beyond their years, with Ethan Doherty picking up the man-of-the-match award, and other excellent showings from Paul Cassidy, Conor McCluskey and Padraig McGrogan amongst others.

“I’m challenging them all the time that there’s more in them and seeing them in training sometimes, quite often, they don’t bring their training form onto the playing field and I’m at them and at them and at them, but the more of these days that happen some day they are going to explode,” explained McKaigue.

"We’ll not get too far ahead of ourselves, but at least we know now that we can compete with the best and that’s where Derry want to be.” 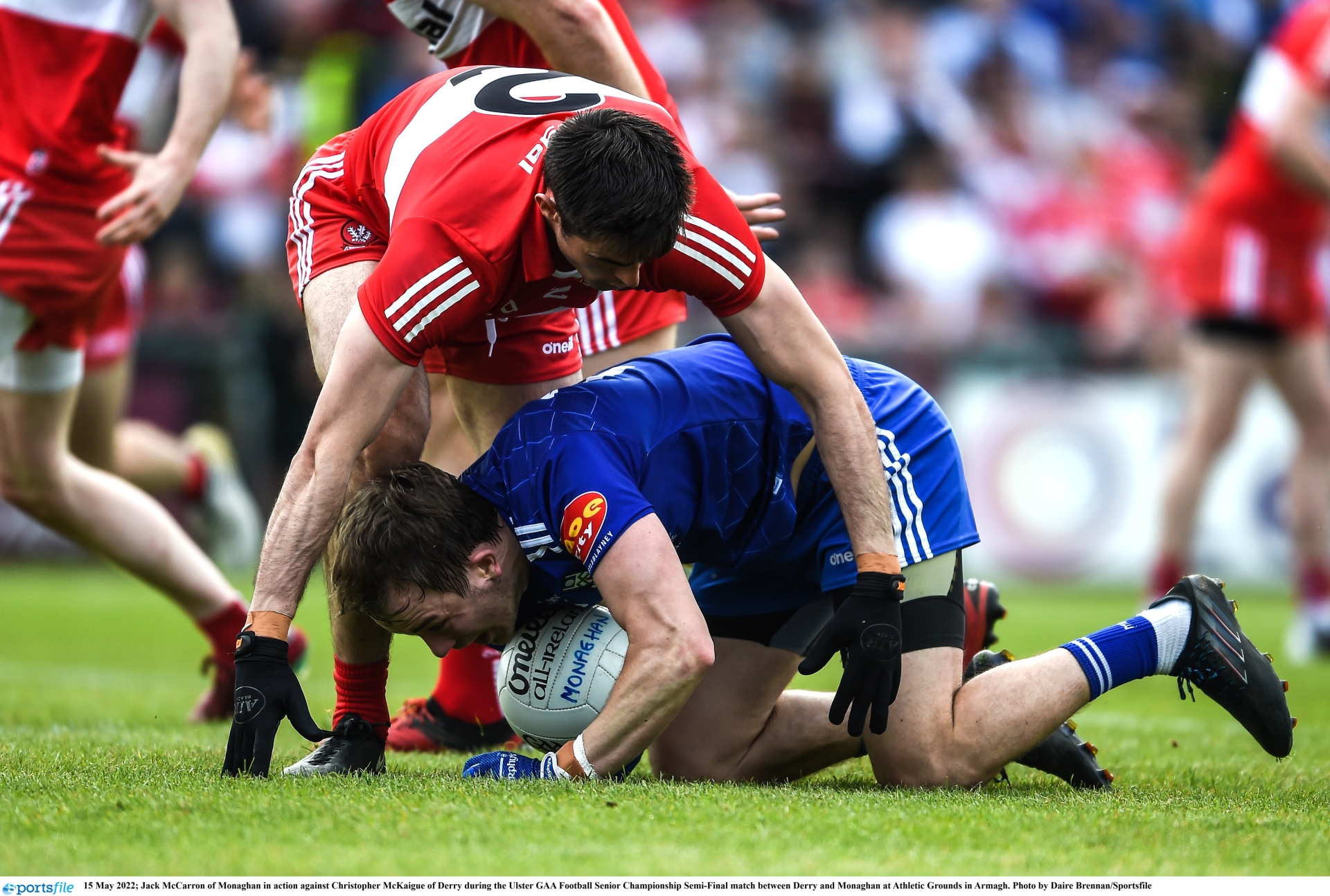 Now, attentions have turned to Donegal in Clones on May 29th. It’s a game these Derry players will be relishing after last year’s devastation in Ballybofey, and McKaigue said they will go in with plenty of belief.

“I think we definitely believe because we have proven last year against Donegal and we’ve proven against Tyrone and Monaghan this year that we can compete with the very best but, look, today wasn’t great from a performance standpoint but the result was super and sometimes you get too caught up in the performance.

"It’s the results that matter in championship football and it’s the result and Ulster final that now matters more than ever. We’ve earned the opportunity to be there, and this is what we train for.”

In his last four championship outings with Derry, McKaigue has faced battles with Rian O’Neill, Paddy McBrearty, Darren McCurry and Jack McCarron. So, how do you prepare yourself to face some of the very best forwards in Ireland?

“It’s torturous,” laughed the captain. “You do your part for the team and throughout my Derry career I’ve always found myself in the full-back line doing it anyway and I suppose maybe you don’t get as many plaudits because you weren’t always beating them teams. 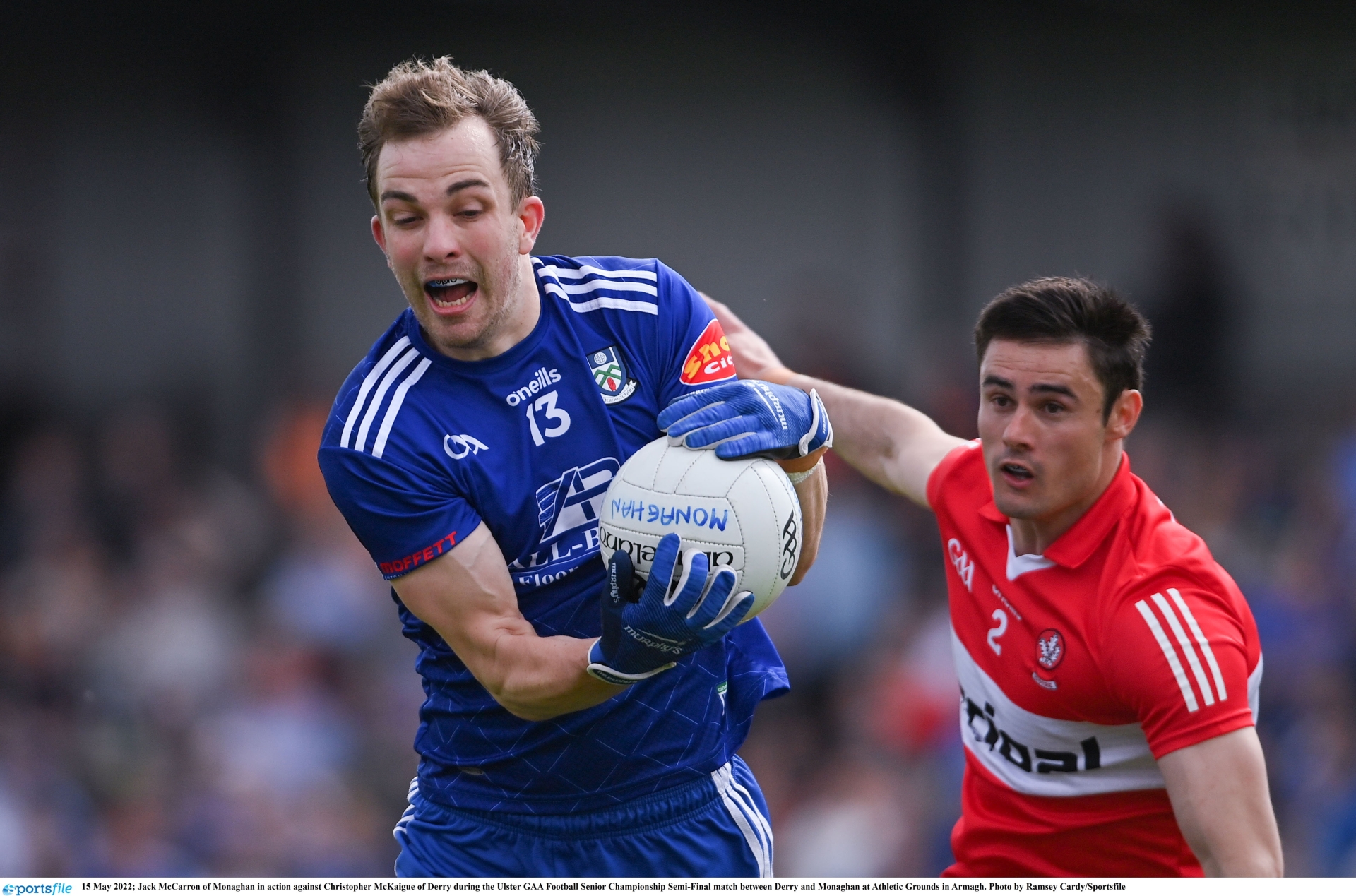 “We all have strengths. Most days I can battle a bit against the best players but when you’re in there against them sometimes the best you can do is break-even.

"Jack McCarron, Darren McCurry the last few weeks have been players on form, which is even harder, but throughout my career, if someone offered me as a young boy the chance to play against the very best I would have said that’s what I wanted to do, so you pick your poison,” he concluded.