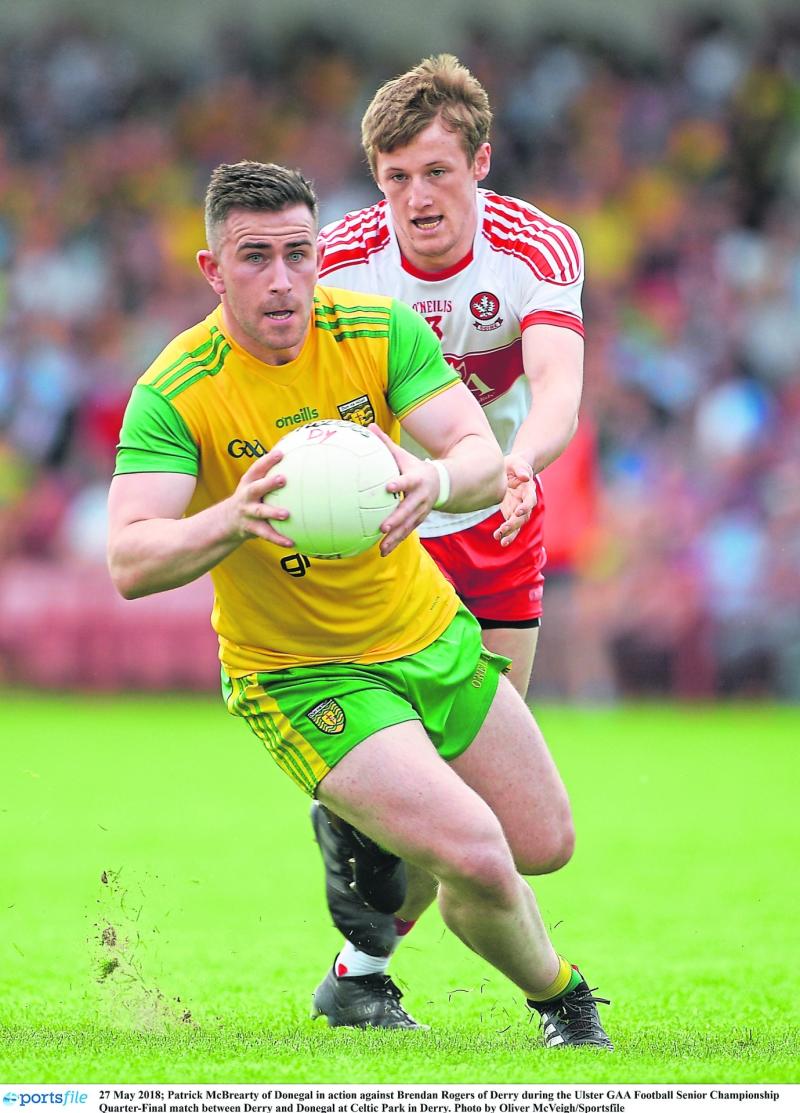 There are very few people on this island who any football or hurling team would be happy to have walk through their changing room, but Brendan Rogers is one of them.

An incredible athlete, a talented dual player, a born winner and a man who always knows how to say calm and collected. Rogers has packed so much into a GAA career that still has many years ahead. There’s been highs and lows.

It’s hard to believe that Rogers and others members of the Derry panel in the Athletics Ground on Sunday were playing in Division Four with the county just three years ago. Back then, and when Rory Gallagher was subsequently brought into the fold, it was about trusting the process and committing to the plan.

That being said, they could scarcely have thought that three years later they would be beating Tyrone and Monaghan to book a place in the Ulster final, but when it would have been easy to walk away, Rogers said there wasn’t a single thought of it – and now they are getting their rewards.

“Walking away is not in our nature. It’s very easy to walk away when things are hard and say that I don’t want to be a part of that, but you learn a lot from those things.

"You learn who the people are that want to be in behind you – they’re the ones you want to have with you on a big day,” he explained.

“Those are the guys that are putting in the hard yards and I suppose we knew at that time that things weren’t great in Derry, we weren’t that naïve.

"It was no fault of anybody before, but it just didn’t click the way we wanted it to and maybe with the club seasons overlapping and things like that, we couldn’t get any momentum in the leagues, and it was fragmented with players not being there. 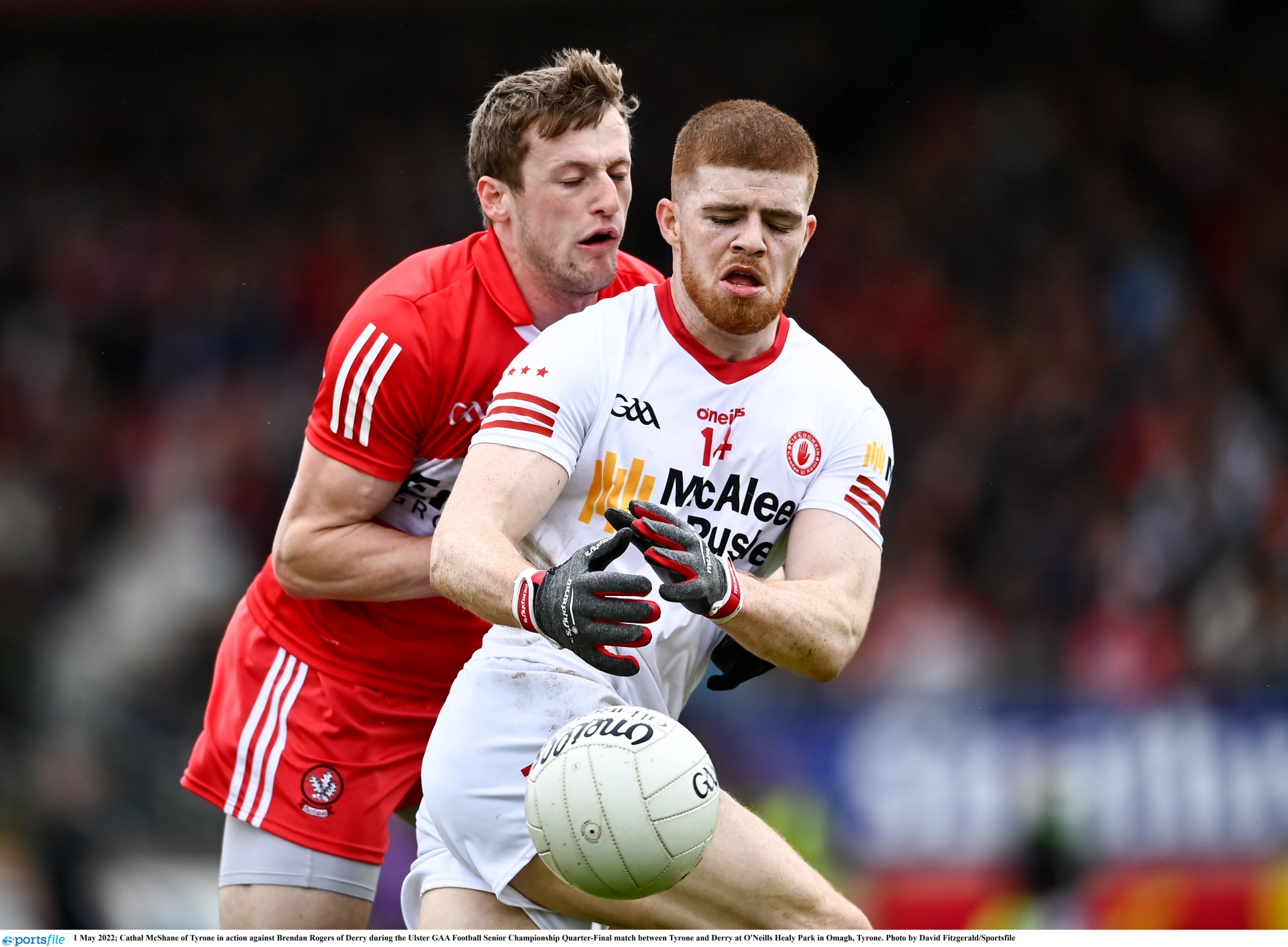 “Look, we managed to get ourselves together, we put in the hard work and we knew the guys that did all the Division Four games together and built up, we got confidence in playing with each other and I suppose it was part and parcel with Rory coming along and bringing that togetherness.

He continued: “The more time you spend with each other and the more football you play with each other, through the good times and bad, it’ll solidify you.

"There’s no point shying away from the fact that we were Division Four but we did the work together and we want to push on.”

Another impressive element of Derry’s championship and league displays this season has been the willingness of every man on the pitch to do whatever job is asked of them.

Whether it’s Shane McGuigan or Niall Loughlin making key tackles in front of their own goal, or Rogers and his defensive teammates getting up to create and record scores.

“The commitment of the players to not give in or have a lackadaisical attitude where the defenders do the defending and the forwards do the shooting – they were back making tackles and blocks and helping the team out, and we tried to help them on the front foot,” said the Slaughtneil man.

“That’s the way we want to play it. We’re all in this together and we don’t want to leave anyone out to dry. It was challenging today, there’s no doubt about that, but it’s really nice to get over the line.” 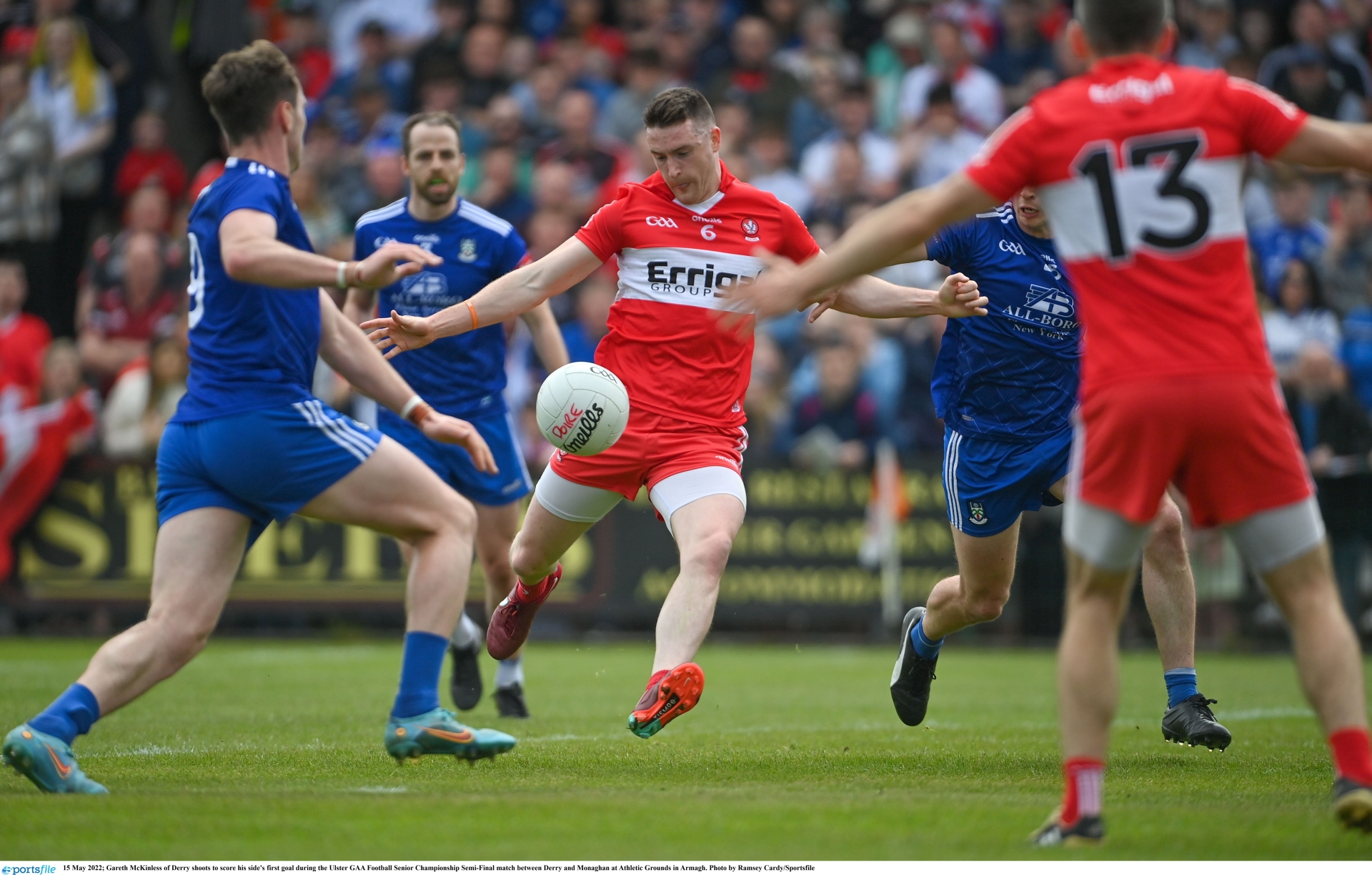 Division One didn’t quite come calling for Rogers and his side this year, but they have more than proven in the past month that they are capable of mixing it with the best in the game, and they are always looking for more.

“You have to demand that standard if you ever want to be there and the more we try to aim for it and push on for it and not accepting second bests and pats on the back and things like that – that’s the only way we get better,” he stated.

“Look, we have improved from last year. I can’t say we’re the best team in Ireland and we’re not the top table yet because we’re still in Division Two, but that’s the standard we want to be and it’s nice to be dining with those guys.”

Both Tyrone and Monaghan have brought squads with vast experience to their championship encounters with the Oakleaf but it has been a challenge that they certainly haven’t been daunted by, and Rogers said that even for those players on the panels who haven’t had as many big championship days out, there is an incredible amount of self-belief that more than makes up for any potential lack of experience.

“It’s a testament to how they adapt as well. They identify as top players in their own club, so why would they not come and be pitching themselves against the top players in Ulster?

"It doesn’t matter what background or club you come from, you’re good enough to be here,” said the defender. “We believe in everybody and that they are good enough to play and do a job at this level. 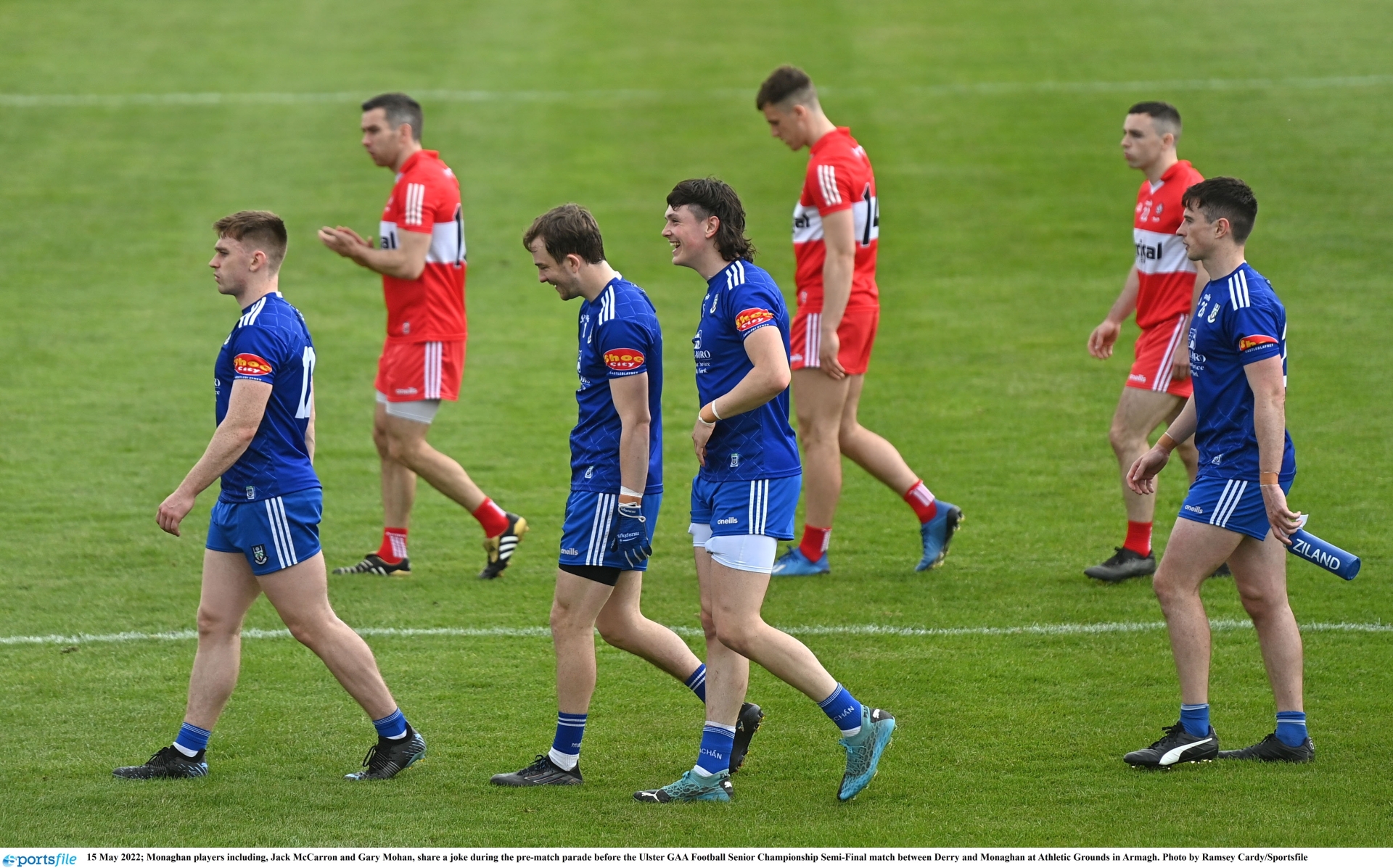 "I suppose experience or no experience, if you have that belief in yourself, you’ll always take yourself a long way.”

Just like at Healy Park, fans flooded the pitch in Armagh when the final whistle blew as players took selfie after selfie and signed autograph after autograph. It’s a buzz that Rogers certainly hopes doesn’t go away anytime soon.

“It’s nice and I suppose it creates that little bit of a buzz that we’ve been looking for in Derry for a long time now and it’s great to see the supporters and kids all out.

"It gives us a lot of kick to really push on in two weeks’ time. Donegal are a team we’re familiar with given we played them last year in the championship so we know what we’re getting ourselves into and so do they and I think it’ll be a very good contest.”

Oakleafers have too much for Monaghan