Red and white day planned as part of the build up to the Ulster SFC semi final. 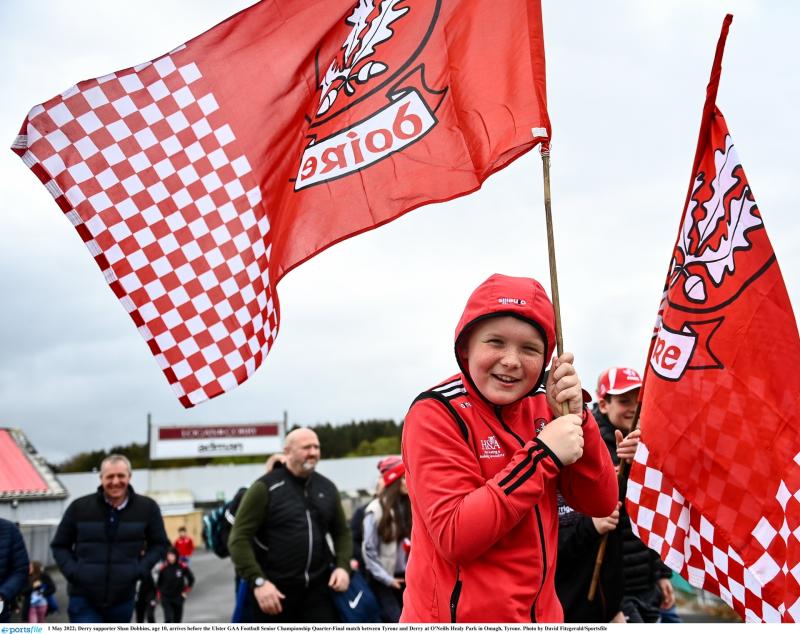 Tickets for the semi final against Monaghan are now available.

Cumman na mBunscol Doire have launched a rally call to all primary schools in the county to hold a Red & White day on Friday May 13th to show support for the Derry senior football team ahead of the Ulster Championship semi final clash with Monaghan on May 15th.

Cumann na mBunscol have called for as many supporters as possible to make their way to the game in Armagh at 4pm on the Sunday evening. On the CNB Facebook post the organisers said,

“CND Doire encourage all Derry supporters to give our Derry team the support they deserve next Sunday May 15th. Time to stand up and support our team!!”

The Cumann na nBunscol organisation is an autonomous National Federation of Primary Schools promoting Gaelic Games in an educational context alongside an atmospher of fun and enjoyment.

The body has been in operation for over 40 years, with over 2,800 active schools and more than 100,100 children participating in activities.

If the Derry men can overcome the Monaghan challenge on Sunday 15th May they will play in the Ulster Senior football final on May 29th and will face the winners of Donegal and Cavan who will play their semi final this weekend.

Tickets for Derry's Ulster SFC Semi-Final on Sunday 15th May in Armagh are now available to purchase from the Ulster GAA website. Derry club members have been asked to submit their stand ticket orders to their club secretary prior to this weekend.