The Derry manager has rubbished the idea Tyrone are a weakened side. 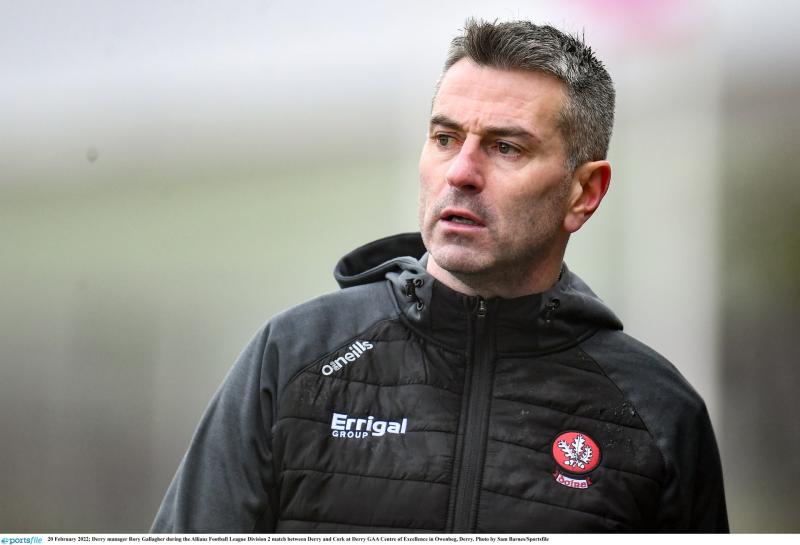 Derry manager Rory Gallagher has laughed off the idea that Tyrone are a weakened outfit this season.

Speaking ahead of his side’s meeting with their near rivals at Healy Park this weekend in the Ulster SFC quarter-final, Gallagher said that the reigning provincial and All-Ireland champions have consistently been one of the best teams in the country for many years.

Much has been made of the departure of seven men from the Red Hands squad and combined with a lacklustre league campaign and a less than perfect preliminary round performance against Fermanagh last weekend, there has been plenty of chatter about where Brian Dooher and Feargal Logan’s side are at.

After watching from the stands in Brewster Park, Gallagher and his coaching team are continuing to make plans this week on how to dismantle the Tyrone challenge, and he said that they certainly won’t be underestimating the quality that the opposition will bring.

“There’s no doubting they are a serious outfit. A lot of people would have argued that Mayo were the second best team behind Dublin in recent years but for me since 2017/18, Tyrone have been right in there,” insisted Gallagher.

“They’re a formidable squad and I wouldn’t be making too much of the players that have left them or anything like that. We all understand it’s a natural thing when you’re playing a limited number of games each season. They’re still a serious side.” 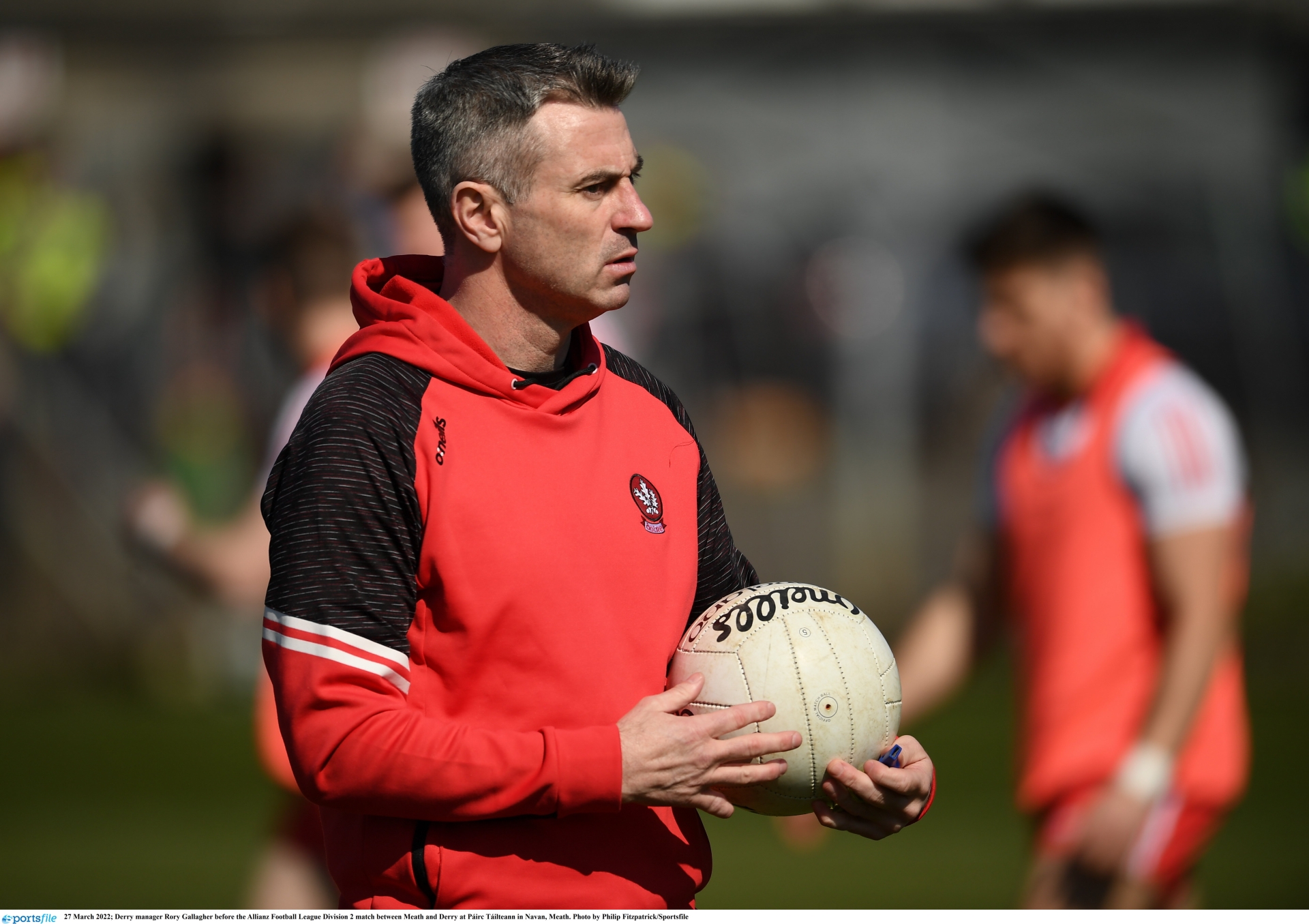 Gallagher takes his troops to Healy Park seeking his first Ulster win at the helm of the Oakleaf, having watched over the two-point defeat to Armagh in 2020 before the last-minute loss to Donegal in Ballybofey a year ago.

The county’s winless provincial run stretches much further than Gallagher’s appointment, however, with the Derry side taking to the field on Sunday looking to end a seven-year winless record in the Ulster championship, during which they have lost to Tyrone on three occasions (2016, 2017 and 2019).

It’s a statistic that may weigh heavy on the Oakleaf players – most of whom are seeking their own first senior Ulster win in the red and white – but Gallagher believes his men will only deal with the expectations that they place on themselves and won’t have any issues in quietening the outside noise.

“The past isn’t important to us now but at the same time the facts are there, and you have to say that in those moments Derry were not good enough to win an Ulster championship.

"You can talk about the draws, but when you’re playing in the lower divisions then every draw is a tough one,” explained the manager.

“We have to put that pressure on ourselves. We don’t want to be going into games as underdogs expecting to pull off a shock result, we want to be up there challenging the top teams.”

When the final whistle went in Ballybofey a year ago and Paddy McBrearty’s last minute wonder score ensured that Gallagher’s former team had gotten out of jail, Derry players sunk to the turf with their head in their hands.

It was a performance of near gladiator proportions when few had given them much of a chance. This Sunday’s encounter won’t be any easier of a challenge, but off the back of a strong league campaign, Gallagher feels that his squad are in as good of a place as they have been since he came in.

“It was a slow start for us coming in but looking back at that first campaign we had a squad with a lot of 18 or 19 year olds and there was a lot there for them to learn and to build on,” he recalled.

“I’m happy with the progress that we’ve made to date. We’ve worked our way up the divisions which is really important in helping close the gap between ourselves and the top teams.” 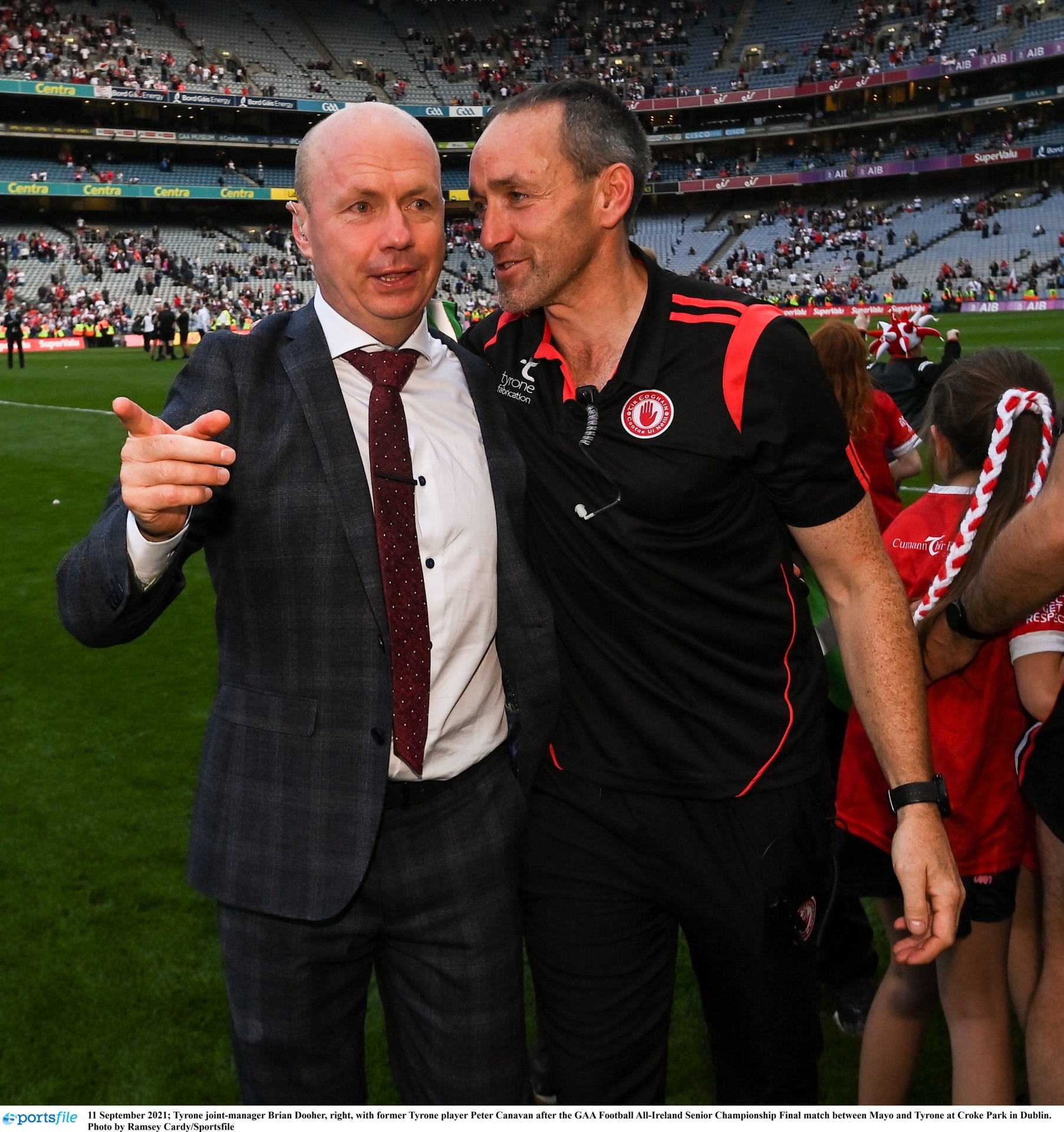 As part of the Sky Sports’ coverage of Tyrone’s campaign opener in Brewster Park, Red Hand legend Peter Canavan delved into Tyrone’s weakness of leaving space in defence and giving up goal opportunities, citing that not enough teams punished them.

While Gallagher wasn’t so critical of the Tyrone back line, he did agree that his team will have to be clinical if they want to leave Healy Park victorious, because he knows their opponents certainly will be.

“Tyrone wouldn’t be All-Ireland champions if it wasn’t for the three goals they scored against Kerry and two goals they got against Mayo so we know that they are going to be clinical with any chances they get.

“Against Fermanagh they were able to take off their marquee forwards towards the end of the game so you can’t read too much into that final result as well.

“People can talk about the chances they give up, but they defend them well.

“We know that we have to be brave with the opportunities that we get, and we’ll be looking to take as many of them as we can.” 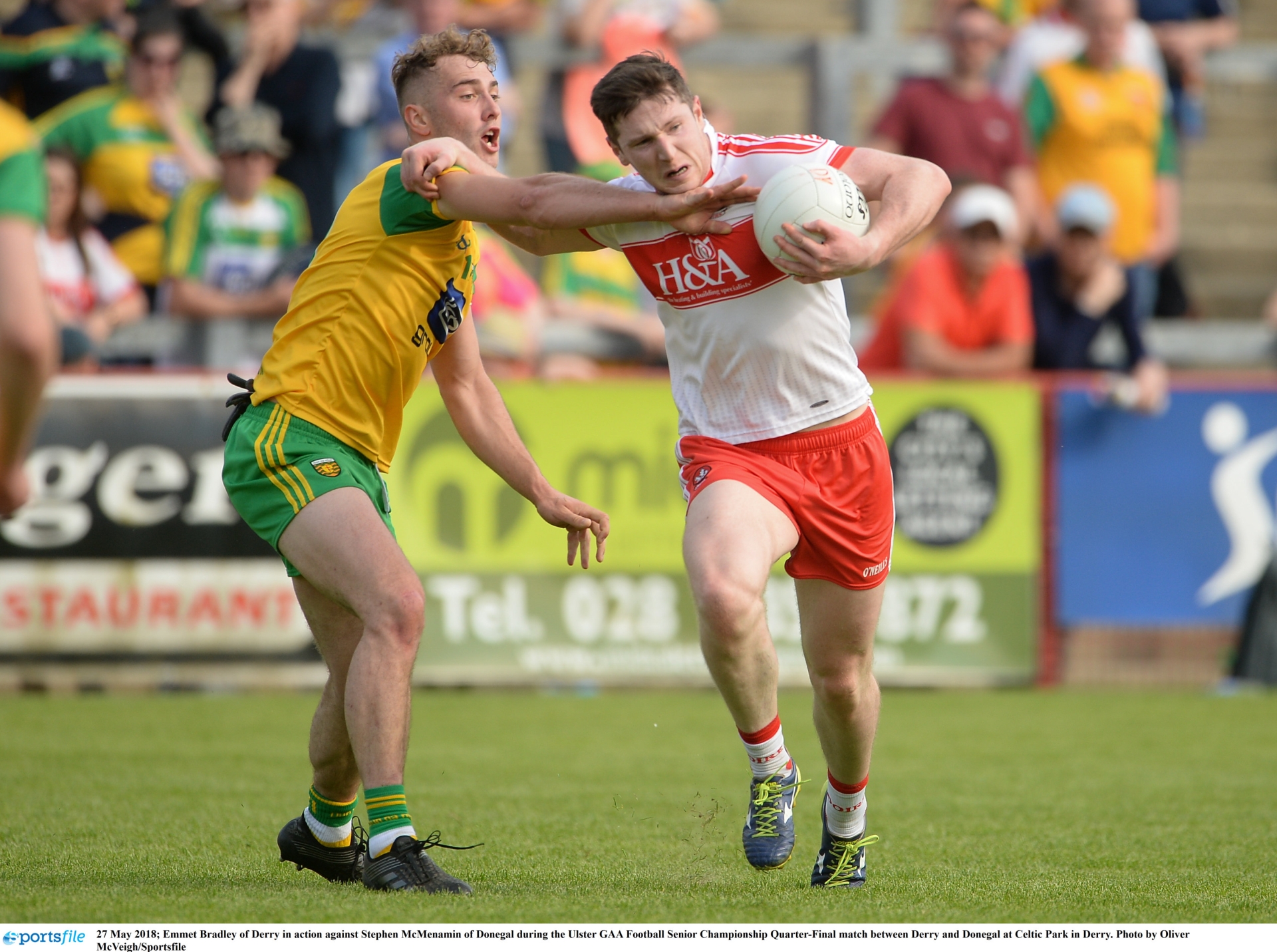 With Covid-19 restrictions in place at the time meaning there was no crowd in Celtic Park for their 2020 game with Armagh, Derry haven’t played in front of their home support in the Ulster series since the 2018 meeting with Donegal.

Gallagher said that his players are relishing the opportunity to play in front of a big crowd in Omagh.

“The boys are used to the pressures of being the away team at this stage and after the Armagh and Donegal games where it went down to the wire but in front of a very small crowd, they are really looking forward to getting out into a good atmosphere and competing with the best,” he said.

“We don’t want to be wishing the days away, but we’re certainly excited about the challenge and about getting onto the field come Sunday,” he concluded.

Derry will be without Oisin McWilliams for Sunday’s game following his broken jaw sustained in the league game with Galway, while Enda Downey, Matthew Downey, Calum Downey, Eoin McEvoy and Donncha Gilmore remain unable to train with the team due to injuries.

The Slaughtneil man says Derry's poor Ulster record is not the current squad's to carry.