The Slaughtneil man says Derry's poor Ulster record is not the current squad's to carry. 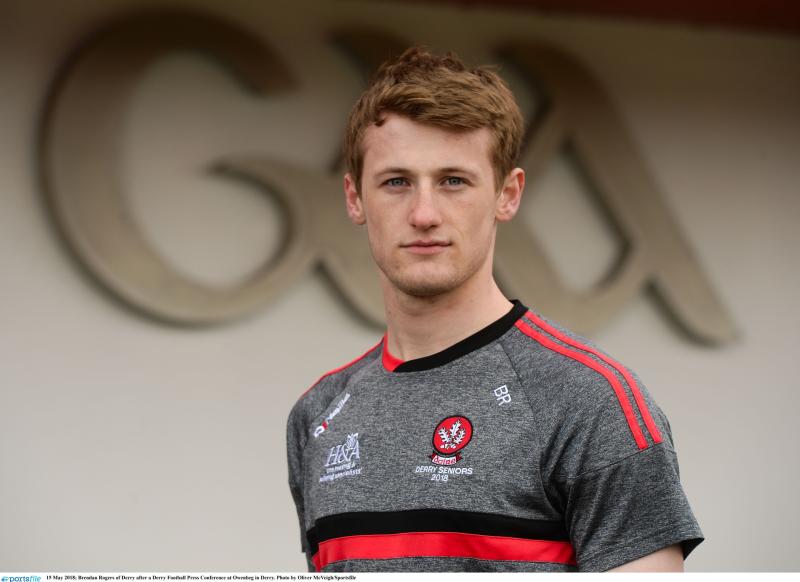 With another Ulster championship on Derry’s doorstep, Brendan Rogers has never played in Division One, but is glad to see Derry looking upwards with hope rather than down with dread.

Their draw in Dr Hyde Park and shipping three first-half goals against Galway leaves Rogers still searching for football in the top league.

Having not played a league game and not represented Derry at minor or u-21 level, he made his debut in the 2015 Ulster championship win over Down.

A nasty injury from a Tiernan McCann challenge as the opening credits of the 2016 McKenna Cup final were coming up put his first league outing back to a 2-12 each Division Two draw with Meath at Owenbeg.

It was a campaign that ended with scoring difference being Derry’s saviour, before back to back relegations shunted the Oakleafers to the bottom of the pack. Now things are different. 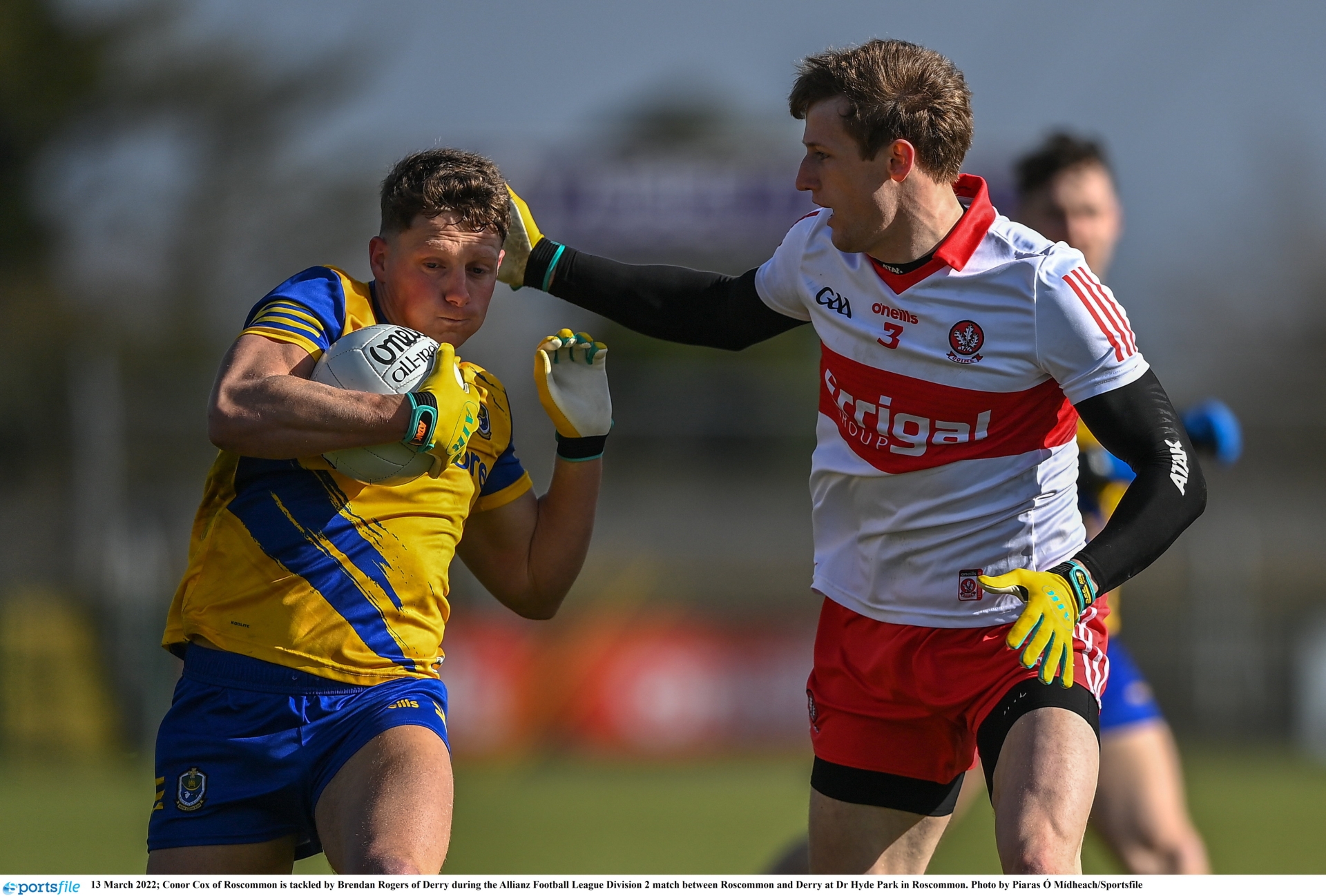 “It is definitely looking like a more positive trajectory,” Rogers offers. “You can see there is a greater appetite for development, both personally and as a team. Boys are looking at themselves and always wanting find a way of making themselves better.”

He speaks of the advances in strength and conditioning. Nutrition is another aspect he touches on, with the successful minor teams giving a fresh impetus.

“If you add a bit of appetite, things are a lot more positive around Derry,” he adds.

Derry are beginning to get more supporters through the turnstiles. While he admits players generally don’t listen to the vibes outside the camp, he is aware of ‘more talk’ about the county team again.

“That’s a reflection of how the team is playing…one thing feeds off the other,” Rogers continues. “We want to be consistently there for a long time,” he strongly stresses. “It’s the start of our long-term journey.” 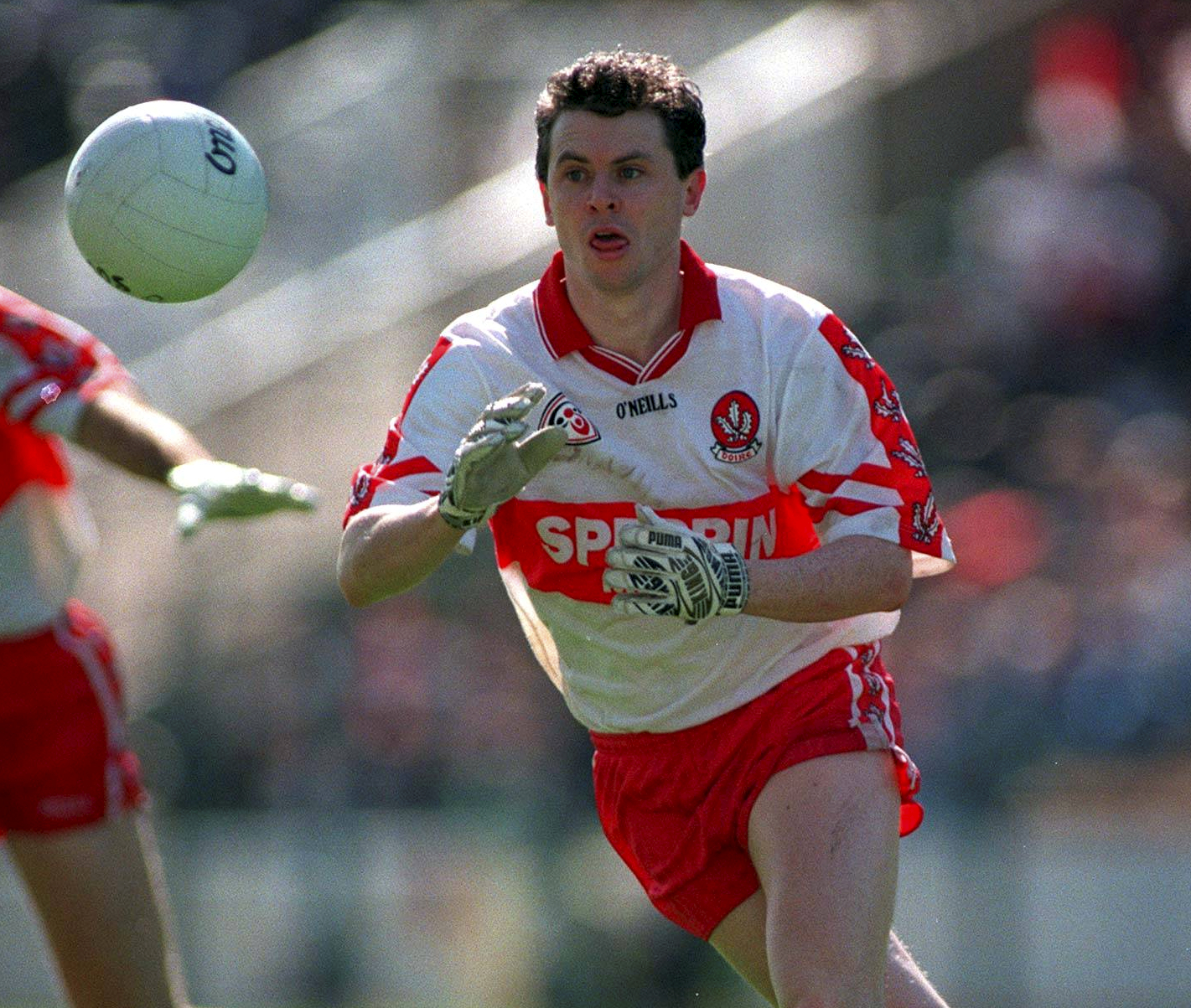 The Oakleafers have a 34% win rate since Joe Brolly's winning goal against Donegal in 1998. Pic by Ray McManus/Sportsfile.

Derry have not a won a championship game in Ulster since his debut against Down and have a 34 per cent win rate from the time Joe Brolly scored the winning goal in the 1998 Ulster final win over Donegal.

Rogers is aware of the poor record, but takes it with a pinch of salt. It’s not the current squad’s baggage to carry.

“We always got one of the harder draws,” he adds. “We were never going that well and coupled with that, it was nearly new teams every year we went out.”

Last year was different. The Owenbeg revolving door was been jammed shut. Rory Gallagher moulded a settle unit that did everything but beat Donegal.

“During my time, that’s the best we have prepared. We put out best foot forward and everybody had rowed in and all those things,” Rogers states.

“I think everybody knew themselves that it was a game that got away from us. Those are the ones that stick with you that bit longer.

“The only good thing is that it left us better prepared to start this year. We were still deemed as building, but now we have turned that corner of what we deem as actually building to actually start performing as a team consistently.”

REVEALED: The most disliked GAA counties