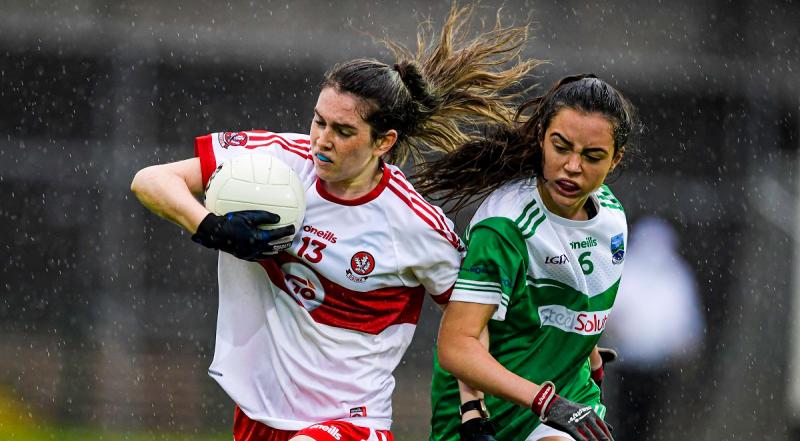 Champions Steelstown took another step towards retaining their Derry senior ladies title with a 1-14 to 1-6 win over Ballymaguigan on Monday night in Celtic Park.

It sets up a clash with Ballinascreen who saw off Glen (2-8 to 1-8) in the other semi-final.

McGeough hit the net in the first minute before Steelstown pushed into a 1-3 to 0-0 lead.

Aoife McGlone hit the net for the 'Quigan early in the second-half.

Ella-Rose Sainsbury replied with a Steelstown point before Erin Doherty tagged on two points for Ballymaguigan.

In the intermediate championship, Coleraine were 2-9 to 1-4 winners over Limavady with Magherafelt coming through against Claudy, 4-13 to 0-6.

Craigbane were 4-12 to 2-13 winners over Dungiven in the junior championship.

Ballinascreen ladies advance to county final after victory over Glen