Ballinascreen ladies advance to county final after victory over Glen 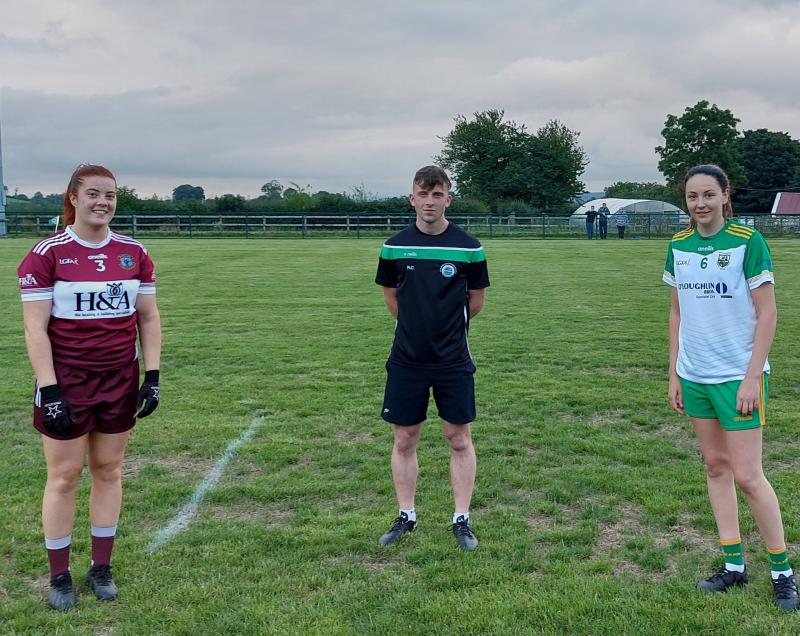 Ballinascreen set up a meeting with reigning champions Steelstown in the decider after a hard fought encounter against Glen in Desertmartin on Monday evening.

Leading the way was Aine McAllister who was immense with driving runs through the centre and pinning passes left and right. Also key was the returning Kathryn Connery following the birth of her baby boy, with a penalty save on the stroke of half time and another vital save just before the second water break.

Glen will rue those missed opportunities and were dealt a severe blow just minutes into the game when they lost the experienced and influential Kathy Joyce to a nasty arm injury. They had fine displays from Daire McKenna, Ciara Mulholland, Lauren O’Loughlin and Mary Ni Lochlainn.

It was McAllister that opened the scoring but points from Bronagh McNicholl and Annie Ni Lochlainn edged the Wattys ahead by the ninth minute.

Both sides were patient on the ball as they tried to find gaps to create chances but both defences were solid. McAllister with her second and a brace from Casey McKenna give Screen a two point lead while at the other end Claire McGroggan blazed wide with a good goal chance. Leanne McCrystal narrowed the deficit at the water break.

McAllister and Ni Lochlainn traded points before Glen struck for the opening goal on 29 minutes. They turned the ball over and McCrystal laid the ball off to the dangerous Mary Ni Lochlainn to find the net. McGroggan stretched the advantage to three but deep in added time Jackie Donnelly saw her effort dip at the far post and under the crossbar to level matters. There was still time for more drama as Glen were awarded a penalty for a push on Annie Ni Lochlainn but Ni Lochlainn’s effort was easily saved and the sides were in at the break locked at 1-5 apiece.

Screen got the dream start to the second half when Amy Rose Mulligan played in Caroline Rafferty to rifle a shot high to the net after just 49 seconds. Mulligan added a point to put them four clear and scores were few and far between after that. Just before the water break a great move saw Glen in on goal but Connery stood firm to save from McNicholl.

Glen finally opened their second half account on 55 minutes with a free from Ni Lochlainn. Mulligan and McCrystal traded points to keep it a three point game into added time. Glen pushed and almost got the goal they craved but Annie Ni Lochlainn effort’ was cleared off the line by Catriona McBride. Aine Doyle fired over the insurance point before McCrystal had the final say with a Glen point.

'Screen will face Slaughtneil in the decider