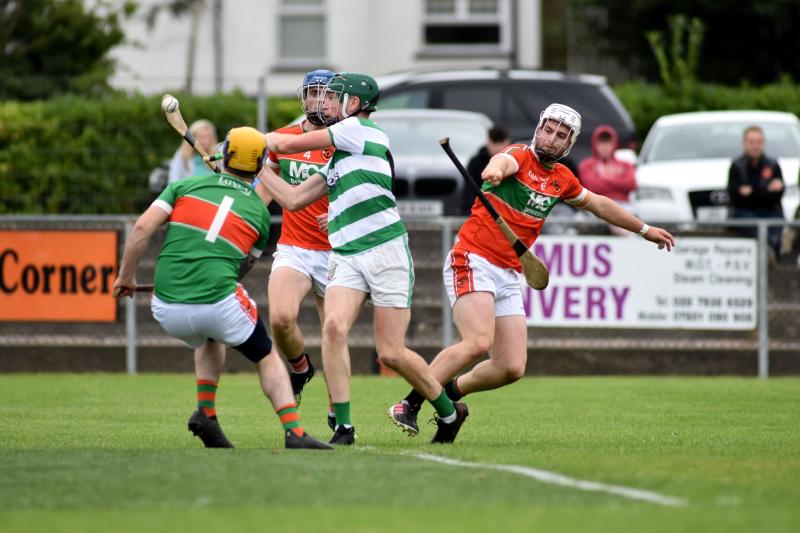 A late Lavey goal saw them grab a draw at home to Swatragh an snatch a semi-final spot on score difference.

When Sean Martin Quinn rounded Brendan Laverty before shooting Swatragh into a 1-14 to 0-15 lead, it looked like it would be enough to see the visitors prevail on Sunday evening in Gulladuff.

Quinn added a point, but Lavey weren't finished yet.  Their Round 1 game saw them lose out to Kevin Lynch's in stoppage time.  This time the shoe was on the other foot.

Dominic Duggan's lamped a high ball to the Swatragh square where Ciaran Hendry got a touch to the sliotar that went in off the leg of goalkeeper Conor Quinn.

The draw saw the sides level, but Lavey's greater score difference saw them advance to the senior semi-finals, with Swatragh heading to the intermediate play-offs.

Lavey, runners up to Kevin Lynch's group, must wait until Tuesday night for the outcome of a CCC decision on Wednesday's abandoned Slaughtneil clash with Banagher.  Floodlight failure saw the game come to a premature end, with the Emmet's leading 1-10 to 0-6.

Banagher's win over Ballinascreen on Sunday put them level on points with the champions with the abandoned game being the deciding factor to determine who tops the group.

Qualifiers
Na Magha v Ballinascreen, Coleraine v Swatragh
Winners will play in the IHC semi-finals, with the losers playing in the JHC Final.