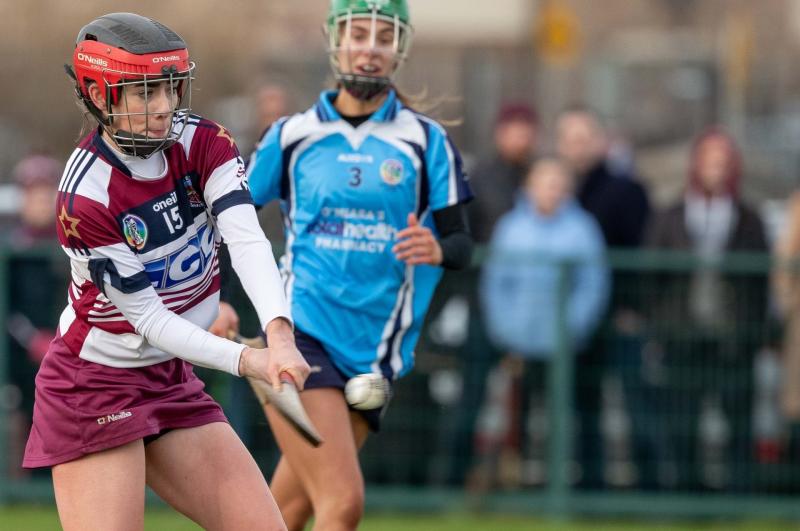 Derry and Ulster champions Slaughtneil booked their spot in this year's senior county final with a 7-14 to 3-5 victory over Lavey on Friday night.

A Céat McEldowney goal in the 17th second of action, after Sionainn Graham drove forward from the throw-in, settled Slaughtneil into the game, with Therese Mellon adding the first point of the evening shortly after.

Aoife Ní Chaiside was heavily involved in a new-look role at wing-forward and her point opened a 1-3 to 0-0 gap after five minutes.

Lavey played with Eimear Murphy as a sweeper and it allowed Emmet's to leave Josine McMullan as an extra defender at the other end.

Graham and Tina Bradley were involved for the move leading to the second goal, with Therese Mellon finishing to the net after Bradley's shot was saved.

Caitriona Toner replied with a close-range goal after Aine McGill's long ball wasn't dealt with by the Slaughtneil defence.  The winners led by nine points at the water break and an Aoife Ní Chaiside goal, made by Sinead Mellon, helped them into a 3-8 to 1-3 interval lead.

Maria Rafferty and Aoife Shaw hit early second-half points for Lavey, but Slaughtneil hit back with goals from Therese Mellon and Tina Bradley to lead 5-9 to 1-5 after 38 minutes.

Maria Rafferty made a goal chance for herself after the second water break, but her shot flashed wide of the post.

With eight minutes remaining an Aoife Shaw free crept all the way to the Slaughtneil net, but two Graham points in quick succession cancelled it out.  Then, three minutes later, Shaw caught the Emmet's defence out when she drilled a free low to the net.

Slaughtneil's response was instant.  First Therese Mellon slammed a shot off the crossbar before later hitting her third goal after a pass from Oliver Rafferty.

It was fitting that Therese Mellon setup Slaughtneil's seventh goal for Sinead Mellon to round off the scoring.