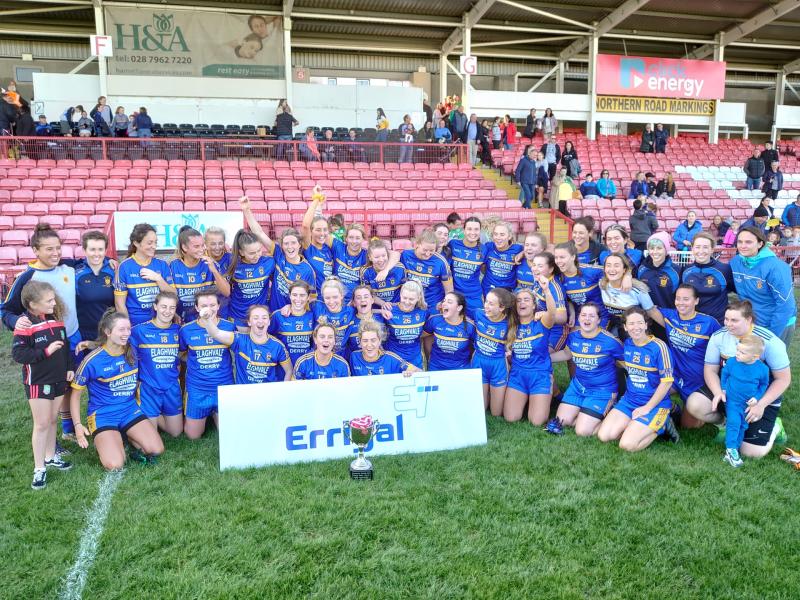 Champions Steelstown powered their way to the semi-final clash with Ballymaguigan with a comfortable victory over Faughanvale in the Errigal Contracts SFC.

The tension of championship football began as soon as the ball was thrown in. The Ógs started off their championship campaign with a lovely point from Ciara McGurk along with the rest of the Steelstown attack kept the scores ticking over in the first half.

Clodagh Laverty was able to put over a few points with the left boot too. Faughanvale midfielder Ciara McColgan was able to move the ball quickly into half forward Rhianna Curran and put pressure on the Steelstown blue wall of defence early.

However, Niamh Gilmore was a vital player when working the ball forward. Interceptions from the Lea Casey and the two Mcgough sisters left the Faughanvale side scoreless at half time.

Both teams came out with something to prove in the second half, however Steelstown’s fitness seem to get the better of the Faughanvale side.

Glen see off Moneymore to book semi-final spot against Ballinascreen