Castledawson come through against Slaughtmanus in championship dress rehearsal 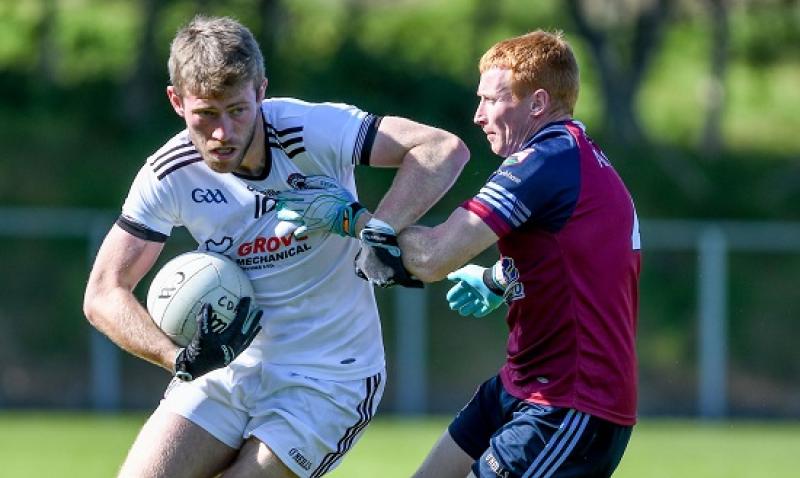 Luke Doyle came off the bench to grab a score against Slaughtmanus. (Pic: Cathal McOscar)

Castledawson made it back to back wins in the lashing rain against Slaughtmanus at the Broagh on Friday night.

The sides were paired in the same group at Thursday's championship draw, lining up another meeting later in the summer.

Caolan Hargan, the visitors' only scorer on the night, grabbed two early scores before the 'Dawson who settled into the game.

Top scorer Shea McKenna, who took his season tally to 4-17, nabbed a point and a brace of Niall McNicholl scores had the home side on their way to a 0-9 to 0-3 interval lead, with Rian Connery and Dara O'Kane also on target.

At the start of the second-half, Castledawson clinched the game with a McKenna goal at the end of a well-crafted move.

Slaughtmanus battled back and cut the 'Dawson lead to six points by the second water break before a flicked goal from Aaron McKee ended the game as a contest. Cormac Mullan and substitute Luke Doyle chipped in with points in a comfortable win.