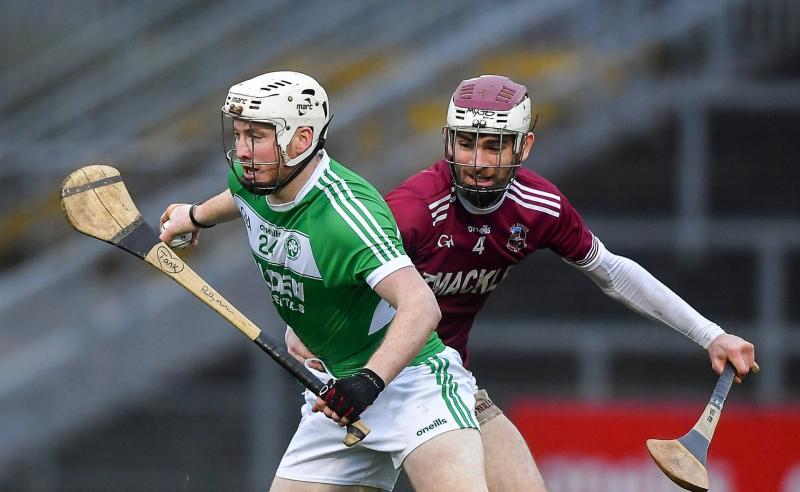 Second half goals from Seán Ó Caiside and Peter McCullagh helped Slaughtneil to their second victory of the season away to Na Magha on Wednesday night.

The home side, with Tim Rankin their chief scorer, had the breeze at their back and led by a point after 26 minutes thanks to a goal from former Slaughtneil player Bliadhan Glass.

By the interval, the visitors were 0-13 to 1-7 ahead and had threatened for goals during the first-half. Fintan McGrath, Prionsias Burke, former skipper Gareth O'Kane and newcomer Peter McCullagh were among the Slaughtneil scorers.

Five minutes into the second half, the Slaughtneil pressure told when Seán Ó Caiside scored the game's first goal with a stroke of luck attached to it.

As the game wore on, Slaughtneil took control of proceedings and Peter McCullagh's goal – his first at senior level – capped off a comfortable away win.