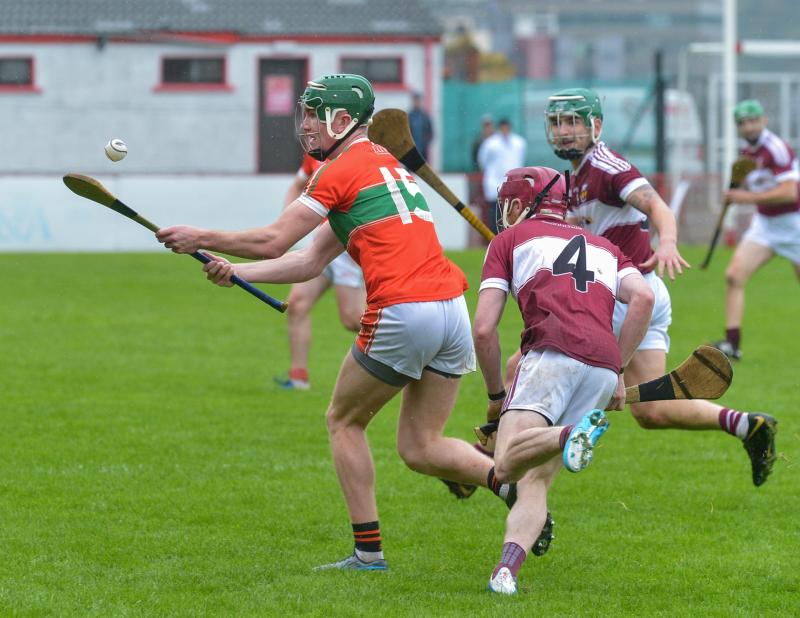 Lavey's win over Banagher takes Johnny McGarvey's side into top spot ahead of their clash with age old rivals Kevin Lynch's in Round 4.

A strong second-half performance saw Swatragh come through at home to neighbours Slaughtneil.

Lavey 3-23 Banagher 0-14
Fintan Bradley spearheaded Lavey's challenge as they maintained their 100 percent record at home to Banagher on Wednesday night.

It followed on from their win over Ballycastle in the Antrim reserve league earlier in the week as they kept their squad in action.

With 10 minutes on the clock, Fintan Bradley scored the first goal of a 2-10 haul as Lavey took control of the game.

Jack Shaw found the net for their second goal as the Erin's Own men took a 2-9 to 0-7 lead at half-time. With seven different scorers, mostly from play, Lavey keep themselves in control and Bradley's second goal confirmed their comfortable win.

Swatragh 1-23 Slaughtneil 1-15
A second half goal from Tiernan Walsh helped Swatragh to victory over neighbours Slaughtneil at Davitt Park.

In an open game, with some great scoring from open play, the home side put in a strong second half performance to register their first win of the season.

Slaughtneil caused Swatragh plenty of trouble with their height a catch from Proinsias Burke led to a Michael McEldowney goal for the Emmet's after the first-half water break.

Swatragh's goal came from a neat move involving substitute Eoghan Quinn who laid off a pass to Walsh coming through from midfield to finish to the net.

The 'Swa saw out the game with some long-range scores over the remainder of the game.

Kevin Lynch's 1-24 Na Magha 0-13
After a bye in Round 2, Kevin Lynch's were comfortable winners over Na Magha thanks to ten points from former goalkeeper Sean Kelly, now playing in the attack.

There were three points each for Niall Ferris, Shea McKeever and Darragh McGilligan, with Conor McKelvey notching the only goal of the game.

Elsewhere, Coleraine conceded their game to Carrickmore and Ballinascreen had a bye.