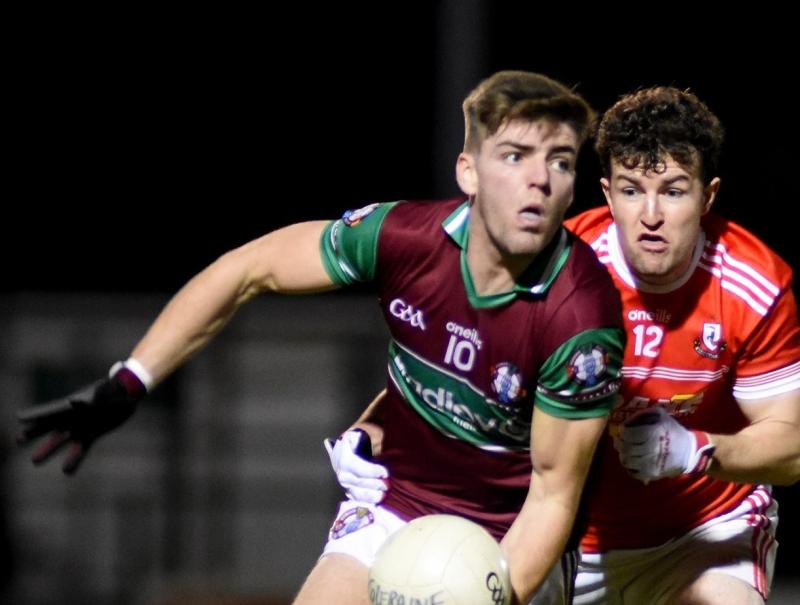 Coleraine stretched their winning run to four games with a comfortable win at home to Bellaghy.

The Mooney brothers – Dara and Ruairi – and Colm McGoldrick found the net in an 11-point win.

It took seven minutes to produce the first score of the game, which was followed by a fisted Lorcan McMullen goal in the 13th minute.

The Tones kicked three wides in the first quarter before Coleraine punished them with a Liam McGoldrick score after link up play from Dara and Ruairi Mooney.

Damon Gallagher got Bellaghy off the mark after 17 minutes following defensive work by Jack McErlean at the other end. Gallagher added a second score, but it was the home side who kept a grip on the game and went in at half-time 1-6 to 0-2 ahead, with points from Colm McGoldrick and Devlin Donnelly.

Coleraine started the second-half with a bang. After Liam McGoldrick was fouled at the end of a marauding run, his brother slotted the resulting penalty to the net.

Midway through the second-half Ruairi Mooney, on his first appearance of the season after recently withdrawing from the Derry senior panel, hit Coleraine's third goal to put them 3-7 to 0-3 ahead and well on their win to victory.