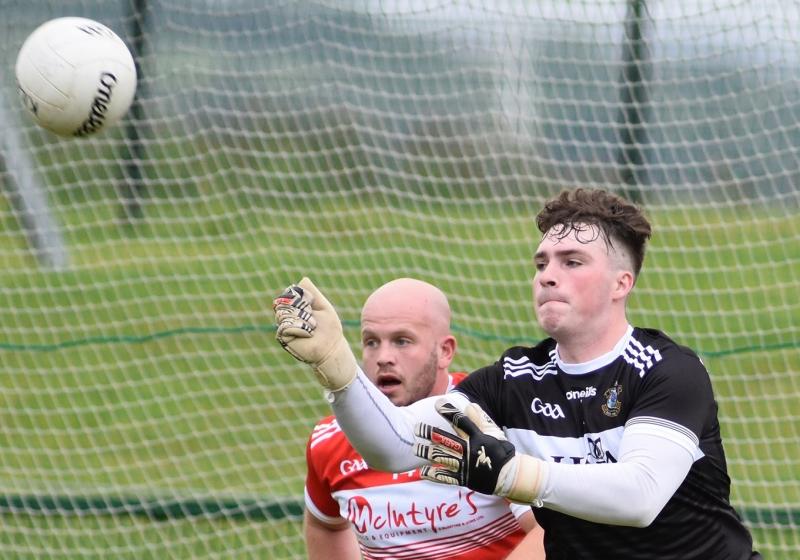 Goalkeeper Ryan Scullion helped himself to four points as Ballinascreen picked up their first win of the season on Sunday at Emmet Park.

It was the home team who hit the early running with a goal. Keelan Feeney began the move with an attack from deep before offloading to Oisin McMullan who slotted to the net for his first senior league goal of his career.

Philip Bradley on his first appearance of the season, kicked 'Screen's first point, followed by a close-range free from Noel Rafferty. Ronan McKenna levelled matters with a monster point from play from in front of the dugouts.

The Emmet's relied on brothers Christopher and Ronan Bradley for scores over the game, but it was 'Screen who began to take a hold of the game.

Scullion converted two frees, followed by a '45' and a mark from Noel Rafferty, as the visitors went in 0-8 to 1-2 ahead the break. The Emmet's were unlucky not register a second goal when Christopher Bradley's shot came back off the crossbar.

A Christopher Bradley free opened the second half scoring from a free before a Ronan Devlin score left three between the sides. The Bradleys kicked points as the home side drew level, but it was 'Screen who pushed on for the win.

Carlus McWilliams fired over a left footed score followed by another former county player, Dermot McBride, rounding off the scoring and ensuring a 'Screen victory.