Karen Kielt will miss the rest of the season 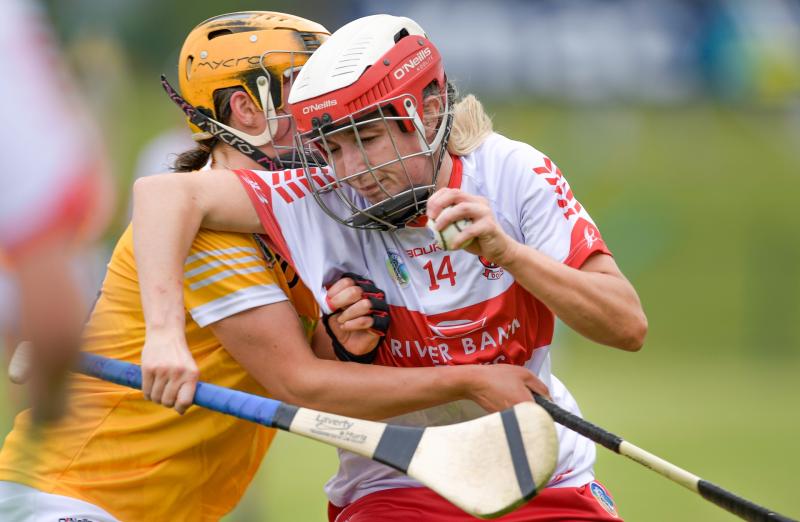 Karen Kielt will miss the rest of the season. (Pic: Cathal McOscar)

Derry manager Ciaran Cunningham will have to plan without Karen Kielt for the championship.

Kielt ruptured her Achilles in a club action with Kilrea and will miss the rest of the season.

A young squad will miss the experience of Kielt, who scored 1-13 during Derry's three league games this season.

Derry have been kept apart from Ulster rivals in the draw for this year's All-Ireland intermediate camogie championship.

The Oakleafers have been drawn in the group with Tipperary, Kerry and Laois.

The games begin on Saturday, July 24. There are three groups, with two of the group winners (decided by a draw) going straight to the semi-final.

The other group winner will join the three runners-up in the Quarter-Final.