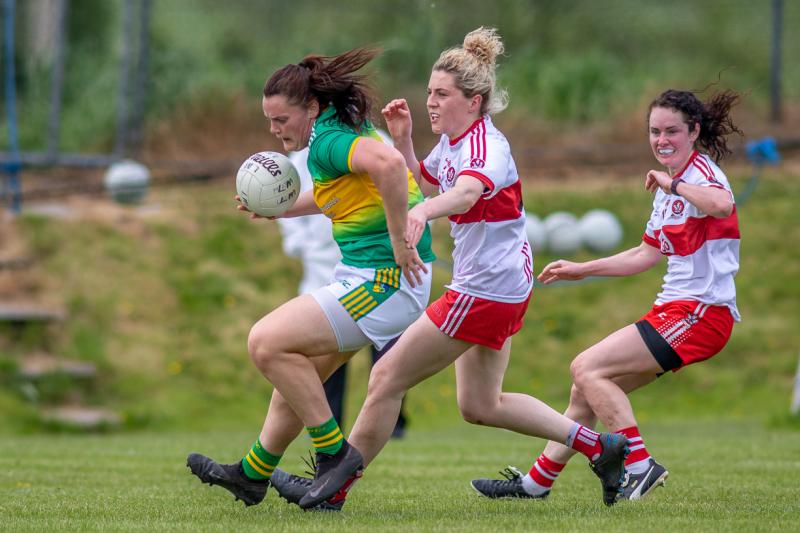 It was another disappointing day for a subdued Derry, as they fell to a second successive defeat to Leitrim in Ballinamore on Sunday afternoon.

Apart from the early stages of the game, Leitrim was always in command and the more the game wore on the more Derry were forced to play second fiddle.

“We started off very well and we got the ball back very well, but we couldn’t make it count on the scoreboard,” said a disappointed Derry manager Odhran McNeilly.

“When you look at the score-line you would thing it was a one-sided affair. But it was far from it. If we had taken our opportunities, we would have been in the game the whole way along.

“But we didn’t at this level and Leitrim punished us. They have a couple of really handy forwards as well as a couple of forwards that came off the bench too. They punished us for not making all the possession we had count.”

Derry face Louth this weekend in their final group game and the Derry boss feels they are making 'marginal gains' every week.

“A team you’re in charge of has to take their goal chances at any level,” McNeilly said. “If a goal chance goes in, it is a different game, but hopefully as we start to progress, we will also start to convert those goal chances.”