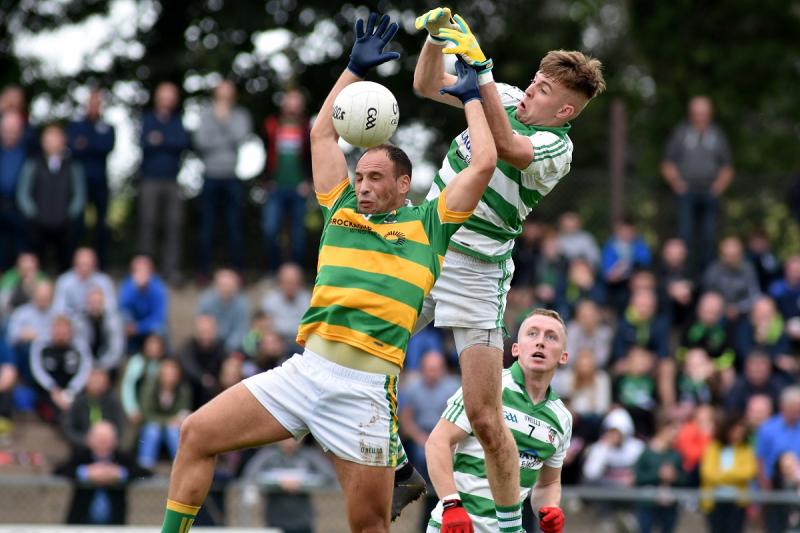 Last week's announcement of the GAA's split-season proposals was music to the ears of this column. It's a brilliant idea altogether.

While I still feel the association's leadership are well off the mark on the U13, U15 and U17 gradings – something I feel club's should not accept – credit where credit is due.

The Covid-19 pandemic forced the GAA into a different 2020, a taster of what the split-season would look like. For me, it worked. And with a few tweaks, we have a plan that could change the direction for good.

At the end of the day, all a player wants is a regular programme of games and one that is structured, with a well-defined time-frame.

This new beginning offers just that. Long may it continue.

From a Derry and Ulster perspective, we have been well represented on the Calendar Review Task Force.

As well as Chairman Stephen Barker, Down hurling manager Ronan Sheehan and Ulster Schools' Secretary Seamus Woods are there - two men who have their finger on the pulse of issues relating to our interests, with highly efficient CCC Chief Feargal McGill as secretary.

In a dual county like Derry, it will be a massive help to clubs. And with a bit of give and take, it would allow players to represent the county in the football and hurling.

As Derry chased for a spark to help ignite a comeback at Augher in Sunday's winner takes all All-Ireland ladies football game, Aine McAllister was still going strong. The Ballinascreen player was breaking down Antrim attacks.

The previous day, she was the heartbeat of Derry's camogie team as they overcame Kildare in the All-Ireland series. In a game they had to win, McAllister covered every blade of grass.

From watching Derry hurlers on Saturday in Newry, what would not have done for a Chrissy McKaigue or Brendan Rogers in their attack and Shane McGuigan helping to anchor their defence.

Getting the balance wouldn't be easily done, but if both managers sat around a table with the strength and conditioning personnel and the GPS outputs from their training loads, an arrangement could surely be thrashed out.

With no club action, it would be an option worth considering. Perhaps players wouldn't be interested, but wouldn't it be great to see them follow Aine McAllister's example.

At club level, the split-season is music to the ears of players wanting to have a life. One that is not held to ransom by how the county team is doing.

No longer would they have to plan holidays around their perception of how far the county team may advance. In fairness, Derry CCC have been excellent at charting out a programme of games. Now, there is even more latitude

There is a but. Isn't there always?

Not everybody on a county panel will play every game. There is a pecking order. For example, Ciaran McFaul picked up a 70th minute black card in the McKenna Cup against Donegal and was replaced by Conor McAtamney in the 74th minute of Derry's win over Louth. Apart from that, he played every other minute of Derry's 10 games under Rory Gallagher. And he was the best player against Armagh in the championship.

At the other end of the scale, Oisin McWilliams played the first half against Monaghan in the McKenna Cup in Inniskeen and his two substitute appearances since lockdown took him to 54 minutes – not including extra time – for Derry this season. He was Swatragh's best player in the games I watched during the championship.

In every county, there is a Ciaran McFaul and an Oisin McWilliams – players at different ends of their development spectrum.

For me, county managers need to have an arrangement with clubs. In house games are all well and good, but staying match fit from club action would be an important factor.

I would love to see a ruling that any player that doesn't see game time, either as a starter or more than 10 minutes, for the county in two consecutive weeks be made immediately available to play for their club.

Using the example of Oisin McWilliams last year, club games could be on a Friday night and after an hour of action for Swatragh, he takes his place on the bench for Derry on the Sunday. And when the game goes into the mix in the closing stages, Rory Gallagher can turn to men who have meaningful game time under their belt.

Yes, it would take a compromise, it would take club and county managers using their experience to benefit themselves and the player, but the results would be seismic.

No longer do you have a scenario where a player is getting no action and eventually leaves the county panel as a result. You might argue that it makes a division in a county panel between regulars and the rest, but that already exists.

This way, a manager can tell a player where he sits in the pecking order and it's up to the player to work his way into the contention. At the end of the day, from a preparation point of view, nothing gets you fit like games.

For me the only downside to the split season is how it would affect clubs with big presentations on county panels.

It will be sore on Paul Bradley and Malachy O'Rourke. Glen and Slaughtneil made up 12 of the match-day 26 for Derry's clash with Armagh in the championship. It leaves both managers with a small window to prepare for the championship. One would assume, there would be a selection of league games as a lead in.

That's a hurdle, but the rest of clubs can't be held back because one format doesn't fit all. These are the sort of issues that need ironing out.

It means that counties need to detach club leagues from their championships and introduce relegation play-offs between the two teams beaten in the first round with the worst score difference.

At the end of the day, the purpose for the league would be to give players regular games to get ready for the championship.

The overall big picture is more important and a split season will be a welcome change to players across Ireland who have been craving one thing – to know when exactly their games are on.

Hats off to the Calendar Review Task Force.