Swatragh in control against Ballinascreen to claim another intermediate win 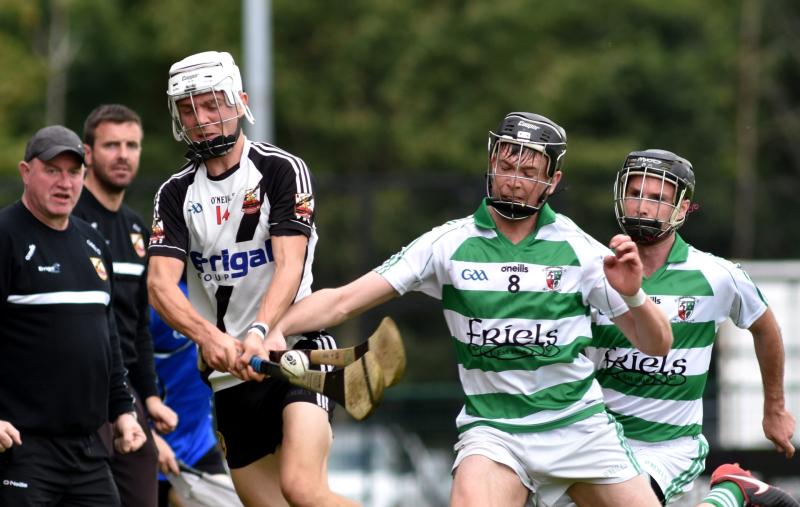 A four-point winning margin doesn't do Swatragh justice after Saturday's win over Ballinascreen to land a second intermediate title in four years.

In his winning speech, Swatragh captain Conor O'Kane paid tribute to their managerial duo of Declan 'Chapper' McGuckin and Seamus Bradley, who took on the job nobody wanted.

"We wouldn't have been standing there today lifting that trophy today, without Seamy and Declan," the skipper added in his post-game interview.

"We were out in late February and taining by ourselves. We made a WhatsApp group and had 25 men out. If it was a night like that (rain and wind), we didn't sicken ourselves and went into the hall to do circuits.

"If anyone was sick or couldn't train, they'd take the whistle and let Chapper train," said Conor, who was Swatragh's senior championship winning goalkeeper in 2012.

"He went and asked Seamus Bradley to come in. Seamy won a championship here in 2012, playing at centre-half back. No better man for the job. He knows the players, knows the team and knows what we are capable of at that level."

Despite falling behind to Conor McSorley's early goal, it was Swatragh who bossed the game throughout.  Conor Quinn, who was a late fitness doubt, hit the side netting with a chance but points from Sean Martin Quinn saw the Davitt's lead 0-5 to 0-1, before the first hammer blow.

A high shot from the excellent Fintan McGurk was spilled by goalkeeper Marty Mulgrew and Eoghan O'Kane - stationed as an inside forward - poked to the net.

Swatragh led 1-8 to 1-3 and should've found the net early in the second half when Tommy McCloy's kicked effort came off the crossbar.

Aaron Kelly's diagonal ball to Ronan O'Kane for a point on the run was one of the few 'Screen highlights of the game.

Massive congratulations to all involved this evening! #UTS ⚪️ pic.twitter.com/rJQMPmbtaI

Conor Quinn drilled over a fine effort from the wing and Fintan McGurk added a third point before McCloy flicked a second Swatragh goal, putting them 2-13 to 1-6 ahead.  McCloy had one harshly ruled out for a square ball shortly after.

'Screen did manage a second goal when Paul Cleary's pile-driver from a free was too hot for Swatragh 'keeper Conor O'Kane to keep out.

Mickey Kirkpatrick played much of the second half in defence and his breathtaking clearance off the line saw Conor McSorley's goal chance fly over the bar.

Paul Cleary hit two late frees, but it was never going to eat in Swatragh's lead and the Davitt's held on to repeat their 2018 win over 'Screen.