McShane feels Slaughtneil's experience will stand to them in decider

Our boys know what they have to do: McGonigle 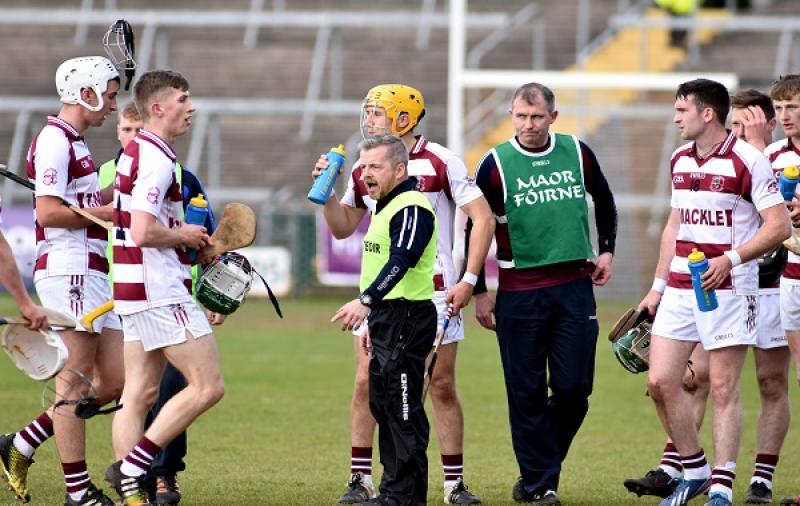 Slaughtneil manager Michael McShane feels the experience gained by his side will stand to them in their decider with rivals Kevin Lynch's at Celtic Park later this month.

The Ulster champions are going for an eighth successive title and while they won't get a chance to defend that title, this season was always about reclaiming their Derry title.

“It wouldn't matter if there were provincial or All-Irelands down the line,” McShane said after Sunday's win over Swatragh.

“For us, this year has been about retaining our Derry title. We came here today, we have performed well and we have got a good performance and result.”

Over the coming days, his thoughts well turn to Kevin Lynch's. For now, his players will focus on football and the clash with Foreglen.

“Hopefully we get everyone over that fit and healthy and the following week, we'll prepare for the final,” McShane added.

“All I know is it will be a tough championship final and battles between us and them (Kevin Lynch's) always are...there is no quarter given or asked.

Two years ago, Slaughtneil pulled through by a point in an action packed semi-final and last year they had to withstand Tiarnán McHugh's goal after half-time, that put the Lynch's six points clear.

“These lads have been up against it a few times,” McShane stated. “When you look back at the Ballyhale game, when they went six or seven points, there was no panic.

“The boys just dug in and worked a wee bit harder. That's what they did in those games with the Lynch's. The Lynch's are a good team and they have every capacity to go four or five points up on you.

“It was just about digging deeper and working ourselves back into the game. I hope we are not in that position in the final, but we very well might be and if we are, I know rightly the players will do it.”

“The players are very intelligent and you can see that out on the pitch. Even though they are a very young team in many ways, the experience they have gained in the last five or six years has matured them and their game management has improved year on year and it makes life a lot easier for me.”

“It was a good performance yesterday, we played well,” he said, but feels they will need to brush up on their shooting.

“We had 18 wides, some bad wides. The shooting was good, but that's something we'll need to address. Some of that is to do with Ballinascreen putting us under pressure but some of them were bad too.

“That's part and parcel of championship. When you go behind you have to buck up and get back at it and try and get in front again. It makes you work harder,” he added.

After meeting Slaughtneil in the past two seasons and falling short, McGonigle feels his team know too well what is expected.

“We'll approach this no different. Our boys know what they have to do. They have to try and beat the best team in Ulster, so if that's not motivation, what is?”