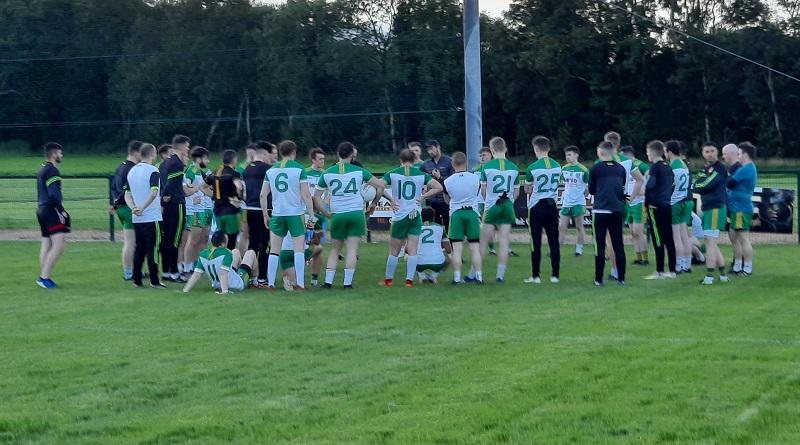 Desertmartin got their first championship victory since 2015 with a comfortable win over a battling Moneymore side in perfect conditions in Loup on Friday night.

A classic it certainly wasn't as both teams showed signs of the rust expected from a first competitive outing of the season.

Moneymore were hampered with the loss of Patrick Feeney to a fifth minute dead leg and later Conan McAleese to a wrist injury.

Goalkeeper Padraig Donaghy fared well on his kick-outs, but Moneymore were playing too deep and were not able to link to Callan Bloomer was often left isolated at full forward.

Christy Young floated between midfield and full forward, where he scored the first attacking mark of the club championship after 15 minutes.

With debutant Martin Mackle to the fore, aided by Aidy Trainor and Eunan McElhennon, it was Desertmartin 's running game that created more.

Their six first half wides saw them lead by a slender 0-4 to 0-2 at the break thanks to points from Gregory McGovern,Gavin McGreevy, Paul McGovern and Eunan McElhennon.

Desertmartin, with Derry captain Chrissy McKaigue and Kevin O'Neill in charge, were able to shut down Moneymore's kick-outs in the second half but Callum Ormsby's goal, after an incisive 34th minute run, put them well in command.

With nine minutes to go, a foul on Kian O'Neill saw Moneymore awarded a penalty but Callan Bloomer's effort went to the outside of Adrian McGuigan's left hand post.

A goal would've cut margin and been a reward for Jason Quinn's men who threw everything at the game and now have something to take into next week's clash with Drum.