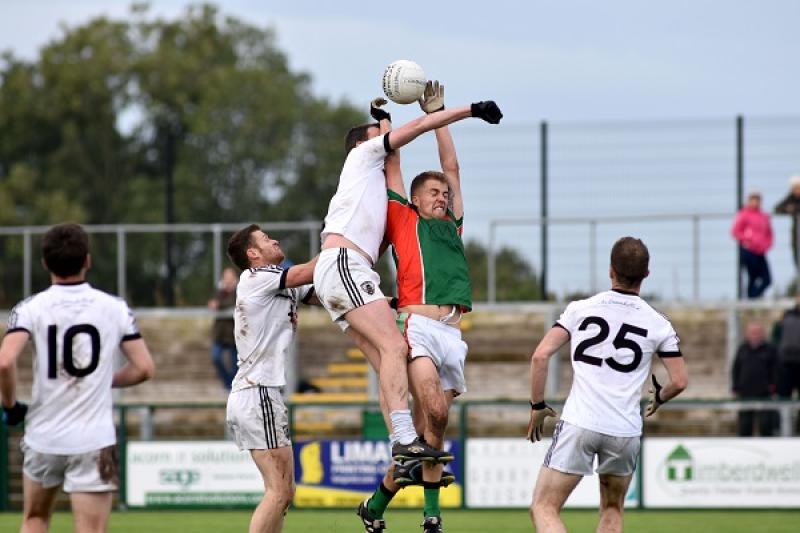 New Castledawson manager Niall Jackman has been happy with the huge numbers at training as he hopes to mould them into the latest push for a championship.

While the former Fermanagh minor boss aims to win every game, the group stages will give him the chance to prepare for the main event in September.

Niall Keenan may need an operation on a groin at the end of the season, but is managing his training to maximise his talents in the 'Dawson cause. Jackman is also monitoring injuries to corner backs Rian Kennedy and Tony Gallagher, with both still in with a shout of making this weekend's opener.

Rugby players Jack Bresland and Bryn Davies are back in the fold, but the latter may miss the end of the season with a return to England.

Rian Connery, Ruairi and Aidan Keenan have all been great additions in recent seasons and another is Dara O'Kane who is the latest young gun to knock on the door for a senior spot.

The 'Dawson edged out Slaughtmanus in the 2014 final and it will be a much changed side that takes the field this weekend.

Fergal Hargan has retired and took over as manager. He is assisted by Barry Lyons who sustained a nasty leg break in a work accident early in the year and is out of action.

Ian Doherty and Cahir Cooke have also retired, but Gavin McShane and John Robertson still remain on board.

Hargan has coached the current minors in their earlier years and he is hopeful 'five or six' will add to the senior squad next year when they are old enough to play.

Eoghan Cassidy came through Kevin Lynch's hurling game unscathed and will be an important player, with other young players Corin McMonagle and Jude Mullan. In attack much of their threat has came from Conor McGee and they will look to him again.