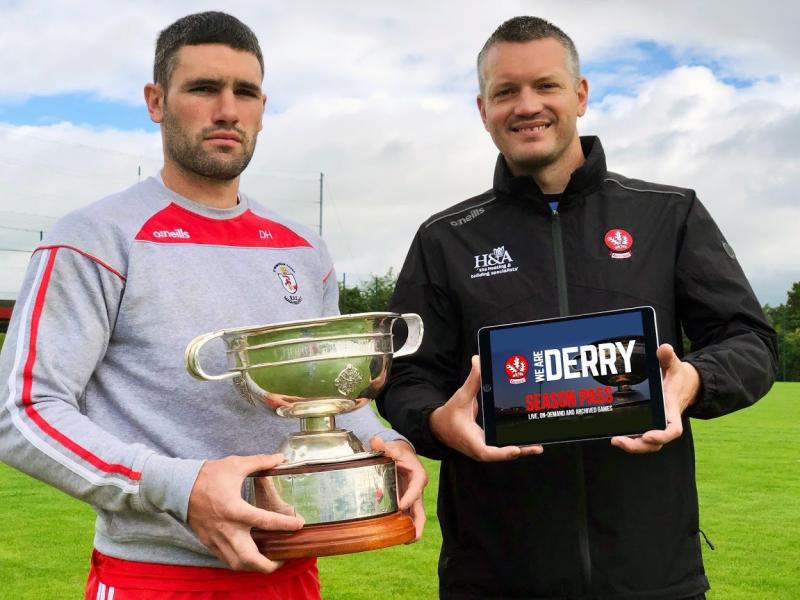 Saturday's senior football championship clash of Loup and Bellaghy will be streamed online, as part of Derry GAA's new initiative.

For £30, fans will be able to watch 'over 10' live games from the comfort of their own homes, as attendances at games are set to be restricted this summer due to social distancing following the Covid-19 pandemic.

Attendances have been restricted to a maximum of 400, depending on the layout of the club's ground, which includes players from both teams and essential matchday personnel.

The new service, #WeAreDerry, will be broadcast through www.derrygaa.ie and will livestream games from the county’s club football and hurling championships.

The service, which will be free to Club Derry members, will offer full deferred coverage of the majority of the remaining matches, like it previously did on Oakleaf TV.

Gaels at home and abroad will be able to see nine live matches from the Derry senior football championship. It will include two group games, two last 16 matches, two quarter-finals, both semi-finals and the final.

The intermediate and junior finals and the senior hurling decider will all be livestreamed.

Bellaghy and Loup's game will be followed by the Round 2 clash of Glen and Magherafelt, a repeat of last season's decider.

As an alternative to the full package, live games can be purchased individually for a cost of £5.

"Our Championships in Derry are perennially among the most competitive anywhere in Ireland and our games regularly attract supporters from other counties across Ulster,” commented Derry GAA Chairman Stephen Barker.

He felt it was important to maximise access to the club championship during the Covid-19 crisis. Social distancing will limit the attendance and other vulnerable members of the community, who may be shielding, will not be in a position to attend games.

"Our hurling and football championships are part of the rhythm of summer and autumn. Thanks to our new streaming service, supporters will still be able to see every important pass, block, point and goal that happens in Derry this summer.

“Streaming of live matches is a hot topic at present so the uptake for the upcoming set of games will determine whether or not it has a future for our club championships,” Barker added.

As a special introductory offer, a nine-month subscription will cost £30, normally £5 per month. To subscribe, visit derrygaa.ie/watch