A clash of last year's junior and intermedaite champions 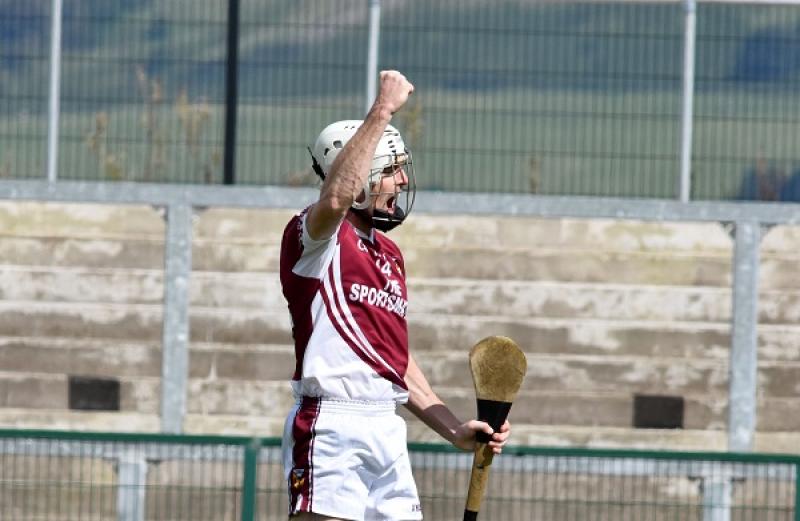 This meeting of last year's intermediate and junior champions should've been a spark for Banagher and Coleraine to push on from last season's exploits.

Instead, Banagher, who struggled to find a manager before John O'Dwyer stepped up to the plate, are more focussed on fulfilling their fixtures, while Coleraine are just coming to terms with the tragic loss of the popular Micheal McQuillan after his shock death.

“I have no expectations at the minute, but we'll play the games and see where we end up, that's all we can do,” said O'Dwyer, who will be assisted by Paul 'Harry' McDermott.

Banagher planned just one challenge game, against Donegal side Setanta, to gear themselves up for the new season. Like the club's senior footballers, with a directive from the club's Covid Officers, they've adopted a safety first approach.

After last week's local outbreak of Covid-19, all the club's players have been tested.  Their results were and trained on Wednesday night.

Mark Lynch's participation is uncertain, while they have lost defender Gabriel Farren. Into the squad comes Jack Lynch and Dara Simpson, both of whom have won Celtic Challenge medals with Derry.

“Gabriel has gone to Canada, he is a good solid player so he is going to be a loss. It would see Dara (Simpson) or Jack Lynch come into the defence,” O'Dwyer added.

There is positive news on Oisin McCloskey and Sean McCullagh, both shown red cards in their Ulster defeat to Naomh Éanna. The duo are available as their suspension only applies at intermediate level.

While they face Coleraine first, the Banagher manager is looking ahead to the meeting with Kevin Lynch's.

“It is our big game and we always play well against them. Physically, we were always able to match them, whereas the (Banagher) team I played on wasn't able for them at all.

“They have a lot of young fellas and they are starting to come good again. They will probably have the measure of us this year, they have a lot more done,” admitted O'Dwyer.

Banagher have been combining sessions with the football squad in a bid to limit nights players needed to be out of the house. With the fast-tracking of the pre-season into a short window, injuries will be a concern and keeping players fit is a priority.

“We are an ageing team and the problem is that we have too much of a (age) gap between the more senior players and the younger fellas.”

Coleraine have also had a tough period of preparation, after burying their teammate Micheal McQuillan last week, a player who was at their first session and was very popular among the squad.

“Nobody ever had a bad word to say about him,” commented a saddened manager Brendan McNicholl.

“If he was ever put on his ass, but he always got back up again and there was no fear in him. He is the last person you would think would be ill.

“He had a pair of white boots with a pink trim on them. They had a national flag on them with 'Smicko' as well, he was a character.”

Traditionally, Coleraine's season has a sluggish start and gathers momentum after the football championship ends. McNicholl reckons they would be 'tight enough' with players this season, given the tight schedule and amended format.

With the top four teams competing for both senior and intermediate honours, it will leave one of the 'senior' teams in the junior grade. McNicholl fears of being caught between two stools.

“We fancied a crack at the intermediate title and it was something we spoke about after last year. Realistically, we would have to beat Banagher and Swatragh, I couldn't see us beating Dungiven (Kevin Lynch's).

“If Ballinascreen or Lavey don't qualify from their group, they will win the junior – you have to be realistic about it.”