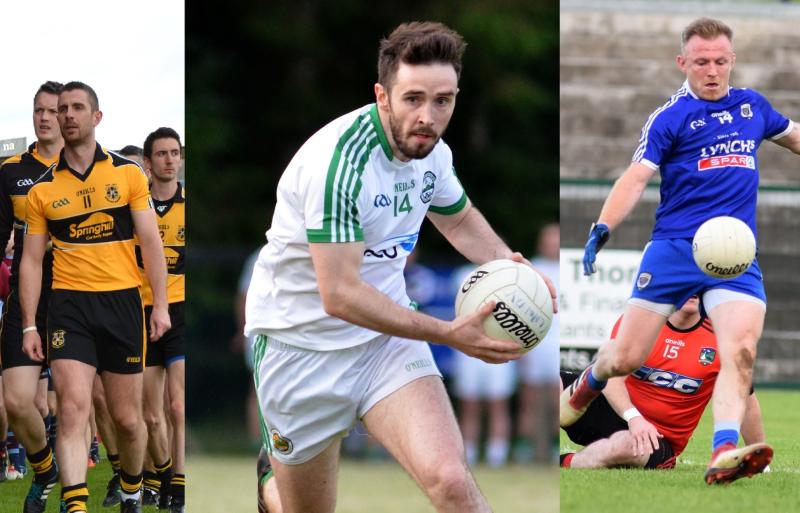 With 14 minutes of normal time remaining, Dublin were millimetres away from going six points ahead. Kerry 'keeper Shane Ryan managed to claw Paddy Small's speculative shot from above the bar, before toe-poking to the safety of Stephen O'Brien.

The Kenmare man offloaded to David Moran, who in turn thumped a long ball down the Cusack Stand sideline. When defender Davy Byrne lost the flight of the ball, Tommy Walsh didn't need a second invitation. Killian Spillane burst purposefully through the middle. Walsh, only on the pitch two minutes, gave him the ball.

Dublin had enough bodies to deal with it, but Spillane had other ideas. Fresh and fearless. With one feint of the shoulders, he was onto his left foot before burying to the net. Stephen Cluxton should've done better, but the Kerry man's low bolt unleashed a bottled emotion from five years of waiting.

In 2014, he was the fulcrum of Jack O'Connor's attack as Kerry won a first minor All-Ireland in two decades. With 0-40 to his name and a natural ability to kick off both feet, he lit up that summer's championship.

In most other counties, he would've been straight into the senior team the following season. This was the year of the senior and double. How can we ever forget Kieran Donaghy's retort at Joe Brolly's statement of Kerry's demise.

His family tradition would suggest that he was born to play for Kerry, but Spillane – son of four-time winner Tom - was going to have to wait.

When the squad was announced for the 2019 Super 8s game with Donegal, Spillane was listed at number 23, but started the game.

Peter Keane's secret weapon notched three points in a 1-20 apiece blockbuster. He had arrived and his All-Ireland final goal announced him as a Kerry star of the future. A marked man.

On the Ring of Kerry, you will pass through Templenoe. Apart from the sign, you won't even know you've passed through it until you reach the nearby Kenmare. The club's pitch, which produced Tom, Mick and Pat Spillane, hugs the bay.

They supplied four players to the Kingdom squad for last year's All-Ireland final - Gavin Crowley, Tadhg Morley, brothers Adrian and Killian Spillane. Almost a tenth of their panel, from a club that won an All-Ireland junior title.

In years between being a minor winner and Éamonn Fitzmaurice handing him a senior league debut, in 2018, Killian played on the Kerry junior team. Jason Foley and Graham O'Sullivan, mainstays of the current defence, did the same. Conor Cox, now playing with Roscommon, used the junior grade as a step ladder to the next level of his career.

It has a ruling that enforces a county to change their entire team after winning it, yet Kerry have still won it five times in a row. It's not the most prestigious title in the world, but it's football and a shop window.

The fact that Kerry are getting such a pull from the bottom rung, gives them such an advantage. Declan O'Sullivan hails from Dromoid Pearses. In Tyrone, you have Rock supplying Kieran Gourley when Tyrone were in their pomp.

Galway goalkeeper and An Spideal man Maghnus Breatnach has played for the juniors, a grade that helped elevate his clubmate Antaine Ó Laoí to Pádraic Joyce's attention. Mayo's Darren Coen was the same.

Derry are nowhere close to getting this type of return.

In the last 10 seasons, 130 players have played league or championship. From John Brennan's Ulster final season of 2011 to the present day, none come from junior clubs.

Goalkeeper Oran Hartin had two appearances and played junior championship for Limavady, but of the 10 seasons, they have played at intermediate level for six of them.

Of the 130, only 15 hail from intermediate clubs. For the purposes of the study, the club is graded on the number of years playing at championship level in the last decade.

It ranks Greenlough and Newbridge as senior, with Foreglen at intermediate. Enda Lynn (71 appearances) has represented Derry most during the window.

Oisin Duffy, Niall Keenan and Neil Forester are the only intermediate players to exceed 20 outings, with Marty Donaghy taking his tally to 10 in the 2012 qualifier exit to Longford.

In terms of championship action, nobody outside of the senior grade has played more than 10 times, though Niall Keenan is likely to be the first.

A debate for another day is the lack of city players that have made the breakthrough. The total sits at three. Neil Forester and Eoghan Concannon, neither of whom are on Rory Gallagher's senior squad, are two. Ben McCarron is the third.

Of around 220 boys in a year group at St Columb's, I remember Eamonn Burns saying that only around 25 had the basic skills by the time they entered the gates in first year. Some don't have clubs at all. Until that changes, it is difficult to see the city really giving Derry the support it needs to progress as a county.

And there are people promoting Gaelic games in the city, who are as passionate as anywhere else in Ireland. There just aren't enough. When I think of the joy in the face of Neil Forester after winning games with Derry minors and the sheer dejection after Castledawson beat Steelstown in the 2016 intermediate final. Real emotion. If only there were more like him to drive the GAA message in the city.

Back to the topic in question, getting players from minor to senior. The Derry conundrum. Rather than going around in circles, why not enter a team in the All-Ireland junior championship? Since there are no Ulster teams involved, it would take travel and money. And it would take time.

Derry have been at the top of the charts in recent years, in terms of funding from Croke Park. Maybe it is time to filter some of that cash into the area that is failing most and leave underage (below county minors) to clubs and schools, who are continually churning out players.

From chatting to a few people from 'non senior' clubs, there could be an appetite for it. But it would need to be done properly. Not a half-arsed job. As a starting point, draw up a football development committee. Call a meeting, for all the captains and chairmen of Derry's intermediate and junior clubs and put out the feelers. Ask the hard questions. Why have players been overlooked?

Leave it open to players who either have not made the U20 panel, or are too old for it. Take a look at the club manager circuit and approach someone to take it on. It wouldn't take up that much time, as players need to have access to their club. They have the first draw on the players after all.

Essentially, it is a development squad for the seniors. What would it have not done for a Lee Moore, who was one of the best county minors in Ireland for two seasons? He wasn't ready to displace Paddy Bradley. Who was, Lee had all the qualities to have been his successor. A Paudie O'Neill needs his class properly massaged into a county senior player.

It is a long shot and it will be hard to sell. There will be plenty of obstacles. But isn't there always, in all walks of life. If it was easy, it would have been done already.

In the last ten years, Neil Forester, Niall Keenan, Oisin Duffy, Eoghan Concannon, Marty Donaghy and Bliain Gormley are the six intermediate players, from the 130 who have worn an Oakleaf championship jersey, to have played in the championship for Derry from outside the senior ranks. It's not enough.

Kerry's Shane Ryan and Killian Spillane don't play for senior clubs. They were county minors in 2014, and five years later – in their senior debut season – they were on the front line, battling for Sam.