FEATURE: The early foundations for Derry's march to Sam

The early days of football in the Oakleaf County 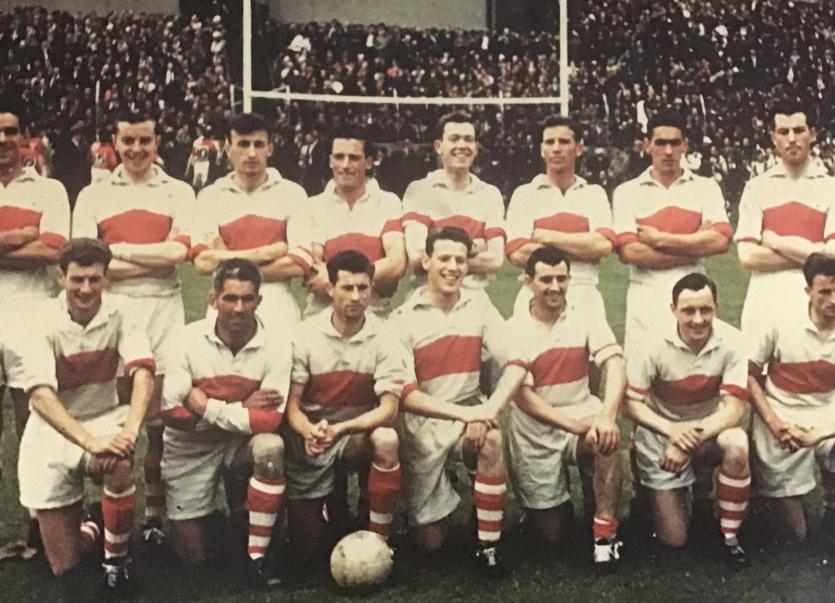 The Derry team pictured before the 1958 Ulster SFC final.

Every team must have a legacy to follow. To this day, the 1993 All-Ireland winning team remains Derry's flagship group. The foundations were dug long before Anthony Tohill plucked both throw-ins in the lashing rain of Newry, that started the ball rolling towards Sam. This week Michael McMullan delves deeper, back to where it all began.

It was the final shudder Derry needed to wade clear of the early Cork storm and lengthen their strides towards Sam Maguire.

Every dream begins somewhere. The 1980s was greeted with a raft of MacRory and Hogan Cups, following on from St Pius Vocational Schools' glory. Added in was an Ulster U21 title and four All-Ireland minor final appearances – producing two wins. It was a golden era that helped assemble the crux of a team that would dine at the top table for most of a decade.

Tradition emerges in cycles. The 1970s saw Derry seniors regularly at Croke Park. They lost a NFL final to the Dubs, won three Ulster senior titles, losing a further two finals. It was a team that Mick O'Dwyer termed the greatest team never to win football's top prize. Their example, inspired the generation coming after them.

But Derry's waves of success had already begun. St Columb's Derry won the MacRory and Hogan Cup in 1965, the same year Tommy Diamond captained the Oaks' minor crop to the Tom Markham Cup. An All-Ireland U21 followed three years later. It was natural progression.

This success, needed inspiration to come from somewhere. It's about having an example to follow. They needed the earliest pioneers to put Derry football on the map.

According to Derry GAA's history book, produced in 1984, the first official county board meeting took place in September 1888. All six clubs present have since dissolved, but of the 14 present at the start of 1889, only Claudy and Foreglen exist to this day.

St Patrick's Waterside are credited by the Derry People with having the first team to represent the county, when they played Strabane in a game at Lifford.

After nine attempts to get the GAA fully operational, in a period that saw Derry win two Ulster hurling championships and reach four football finals, it wasn't here 'to stay' until 1933.

Ulster Council official Benny Fay, of Cavan, organised an exhibition game between Newbridge and Ballinderry. After the game, the county board was formed of 20 officials, two from each club.

In May that year, Derry beat Antrim in the opening round of the Ulster junior championship, before beating Tyrone in the semi-final, but they lost to Donegal in the decider. Later, in 1934, they entered the league but were defeated by Tyrone in their first game.

It was the start.

In 1934 a new city board emerged and their secretary, Sean Dolan, later presided over a meeting in Claudy to elect a North Derry board.

By 1938, the county had entered its first minor team which would supply seven players to the senior team who began the building process. It also contained future GAA President Paddy McFlynn.

It wasn't until the 1940's that titles began to regularly arrive. It was a spell when Derry won the Ulster junior championship, the now defunct Dr Lagan Cup (twice), the Dr McKenna Cup and pride of place - the 1947 NFL title. 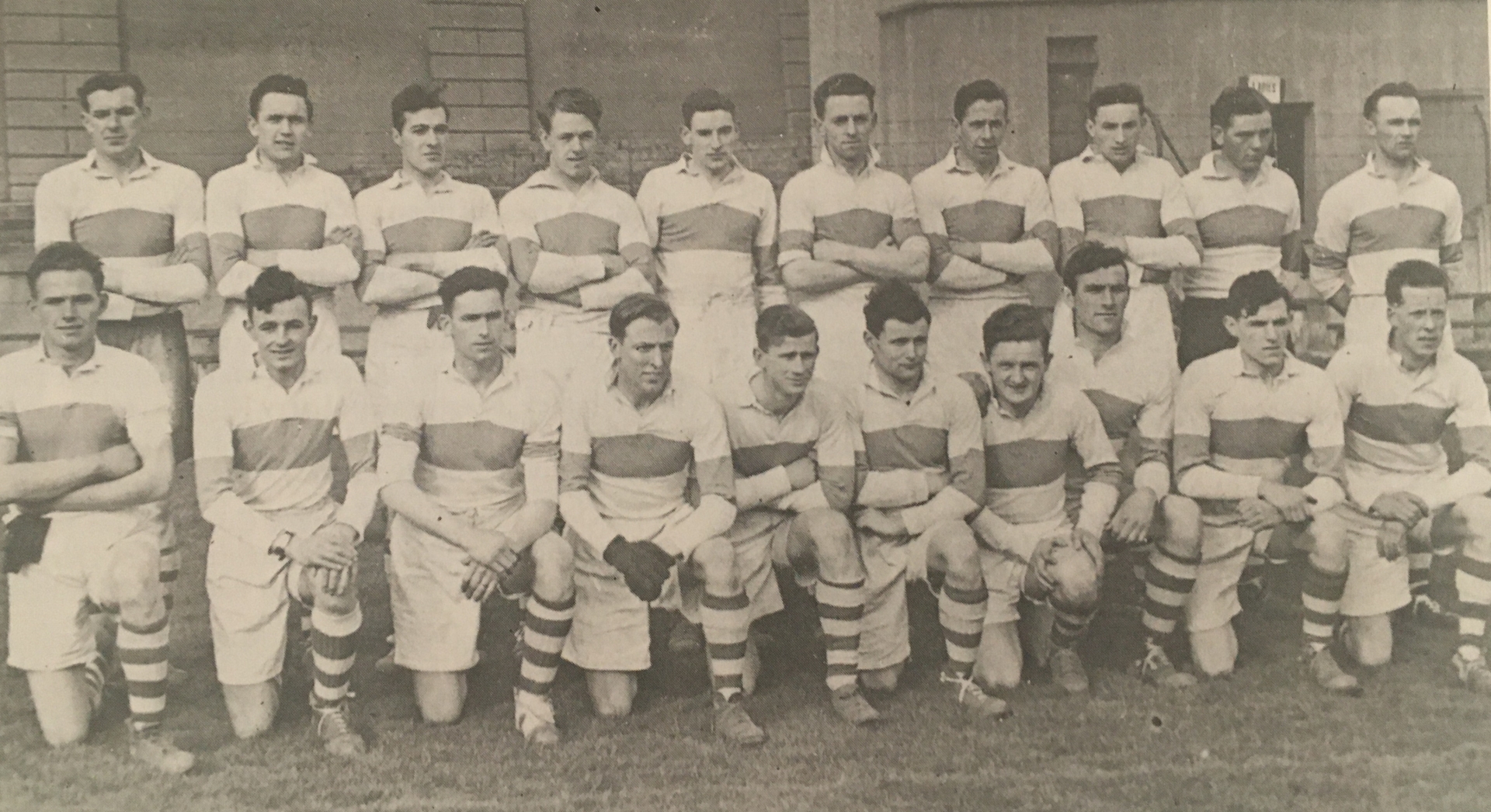 From that team, goalkeeper Charlie Moran, Sonny McCann, John Eddie Mullan, Mickey McNaught and Roddy Gribbin would form the spine of a team that took Derry into the next decade.

They reached the league semi-final of 1950, only to be narrowly beaten by All-Ireland champions Meath. The same year, a strong junior team lost to Mayo in the All-Ireland final and three years later, the seniors pushed a star-studded Cavan team all the way in a league game. The momentum was building with every passing year.

In 1954, Derry beat Armagh in the Dr McKenna Cup, just nine months after the Orchard side had contested an All-Ireland final with Kerry.

Twelve months later, in 1955, a win over Armagh would see Derry contest their first Ulster senior final since 1921. No longer was the top level of provincial football a one-game season, before being knocked out on their ear. Derry were beginning to challenge.

In the decider, they came up against a Cavan team in search of their 29th title. Derry had seven of the team that would play in their first ever All-Ireland senior final four years later. They gave the Breffni men all they wanted before going down 0-11 to 0-8. The winners had Peter O'Donohue to thank for his display of accuracy from frees.

Derry were getting closer and closer. The 1957 season ended with another appearance in the final, this time going down to Tyrone by two points.

Their time was just around the corner.

The 1958 season was the best in Derry's history, at the time, but it began in the unfamiliar surroundings under the Twin Towers of Wembley Stadium.

The British GAA rented the iconic venue to host a tournament, known as 'Wembley at Whit'. It became a hit and lasted until the 1970s.

Derry took the field before Galway, in front of an attendance of 56,000, making them the first ever GAA team to step on the hallowed Wembley turf. The Tribesmen lifted Sam two years earlier and ran out eight point winners over a Derry team on the rise.

The 1958 season saw Derry win both the Dr McKenna and the Dr Lagan Cups. It was on the championship stage where they laid their greatest stamp.

Derry opened with a narrow three-point win over neighbours Antrim at Casement Park. It was all the more significant, as the Oakleafers had to come from behind in the closing stages.

It set up a clash with Cavan in the semi-final, who took three games to get over Monaghan. Derry started sluggishly against the Ulster kingpins before pulling away to book their place in the final.

It was a novel pairing with Derry and Down both vying for a first title. It was manager Roddy Gribbin's side who came out on the right side of the battle in Clones (1-11 to 2-4).

The Ulster champions were now poised for an All-Ireland semi-final clash with Kerry. Before that, Derry played the Dr McKenna Cup final in early August, something that would be unheard of now. They hammered Armagh 2-10 to 0-1.

It set Derry up for the biggest game in their history. After years challenging at All-Ireland junior level, this was the pinnacle.

And it was Kerry standing in their way. In their ranks were newcomers Mick O'Dwyer at wing back and Mick O'Connell in attack.

On a tricky day for football, the Kingdom began with the first of two Tadhgie Lyne goals and led 1-2 to 0-1. By half-time it was a different story and Derry were two points ahead.

The Oakleafers matched a fancied Kerry side every step of the way and went into a four point lead before Lyne grabbed a second goal to leave them holding on in the final moments to book their place in the final on a 2-6 to 2-5 scoreline. It was time to challenge for Sam.

Derry were a young side, but benefited from the experience and nous of manager Roddy Gribbin, who would come on later in the final, to bring down the curtain on a 14 year senior career.

The Dubs were primed after losing the 1955 final to Kerry and nine of the starting team were back, including Kevin Heffernan, Paddy Haughey and ace free-taker Ollie Freaney.

Dublin had the wind at their backs and attacked the Hill 16 end in the first half. Haughey's control on the ground set up Heffo for a point to settle down the 'home' side. It took an angled kick from Brendan Murray to get the Oaks off the mark.

But back came Dublin and led 0-5 to 0-1 at one point in the first half, with Freaney and John Timmons doing much of the damage.

Derry began to find their feet, but were wasteful in front of goal. Up popped Dinny McKeever to notch their second point, before two Sean O'Connell points had his side within a goal of the Dubs.

The interval lead was 0-8 to 0-4. O'Connell was on target early in the second half, but Derry needed a Patsy Gormley save to deny full-forward Johnny Joyce.

The build-up to Owen Gribbin's goal

Another O'Connell free had Derry back to within the kick of a ball. Then they were level.

Twenty-five years before Downey's fisted goal, Derry were again attacking the Railway goals. Owen Gribbin did the spadework earlier in the move. 'Chuck' Higgins and Brian Mullan went close in a goalmouth scramble before Owen Gribbin finished to the net.

The sides were level 1-6 to 0-9. They needed a break to swing their control into something that would ask questions of Dublin. Their brief glimmer of hope was quashed when Des Ferguson goaled for Dublin shortly after.

The changing of the game as the introduction of Maurice Whelan to the Dublin defence, allowing Lar Foley to push towards midfield where he negated the influence of Jim McKeever.

A second Dublin goal pushed the margin to eight points, but O'Connell and Owen Gribbin, with a fisted effort, rounded off the scoring, but Dublin were 2-12 to 1-9 wi nners.

McKeever's performances in the All-Ireland series saw him awarded the first Texaco award for player of the year. Later in the season, Derry completed the treble of Ulster titles by seeing off Donegal in the final of the Dr Lagan Cup.

It could've been a perfect season, but instead it laid the foundations for the success that followed.

- Niall Mullan turns back the clock to the day Derry hurlers came Offaly close to an All-Ireland shock.  Read here... 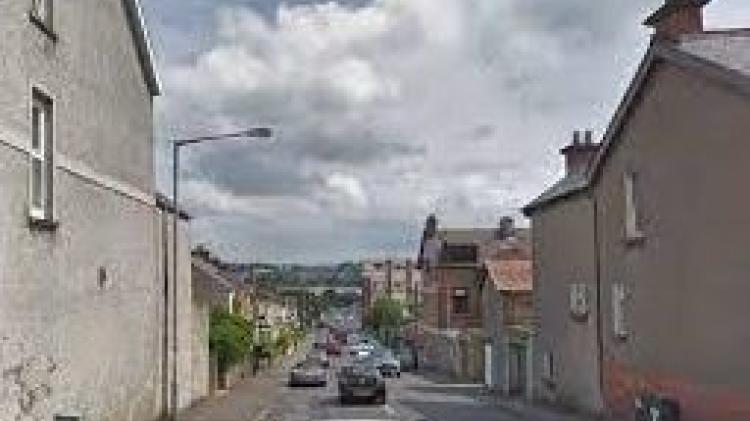