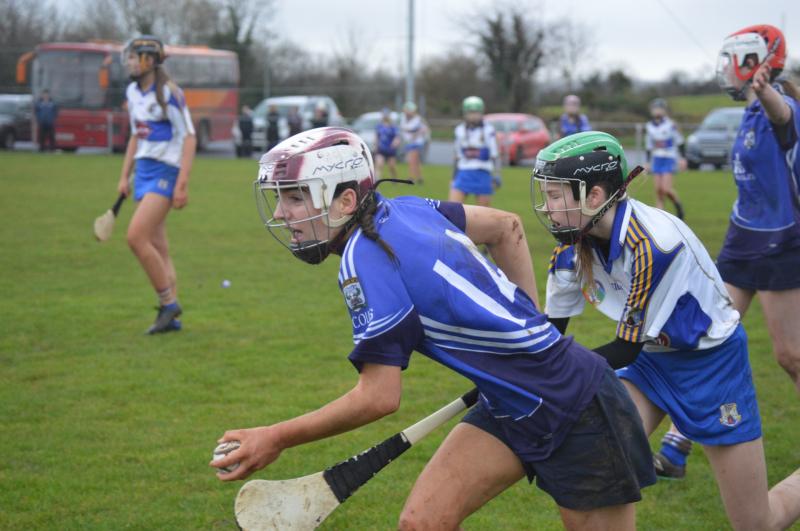 The old adage of a game of two halves couldn't have been a truer reflection, as St Colm's senior camogs came back from six points down to defeat Sacred Heart and book a semi-final spot.

The Newry side had a strong breeze in the first-half and led 0-6 to 0-0 at the break, but the scoreline could've been double

The St Colm's defence, while under the cosh, soaked up a lot of pressure with Shannon scullion and Ciara Madden on top.

Sacred Heart's defence wasn't found wanting either and, collectively, they stopped St Colm's getting into any attacking rythmn.

Early in the second-half, St Colm's used the breeze to good effect and Sinead McGuigan fired over two points from play to settle the Derry side.

Then the game turned in Draperstown's favour. Aoife Doyle was fouled as she bore down on goal and a penalty was awarded. She took the penalty herself and slotted to the net.

Sacred Heart scored three points in the second-half but Sara Kelly got the final say, firing over the insurance point.

St Colm's will play Our Lady's Newry in the semi-final in the January.

At midfield Erin Kelly and Cara Donnelly's combination kept St Colm's in the game, while up front the attacking threat of Sinead McGuigan and Aoife Doyle made the difference.