'Skinner' has great memories of a sunny Sunday in Ballybofey 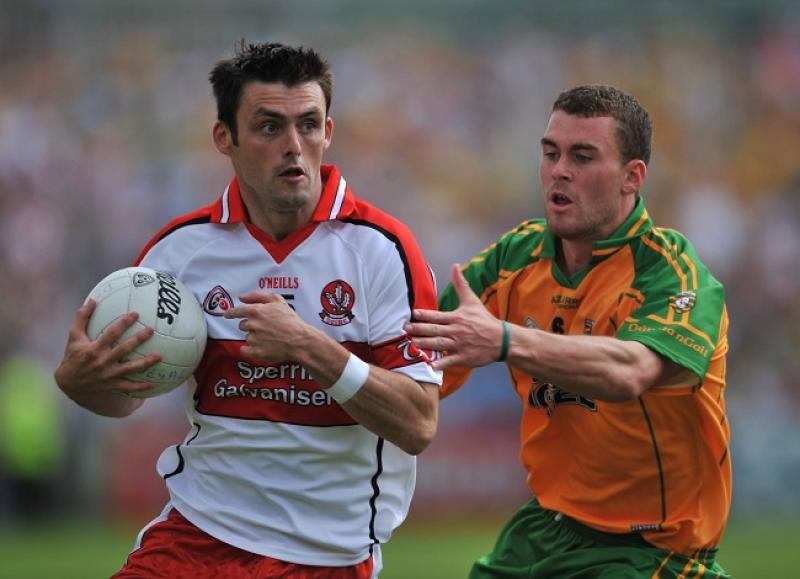 The last time Derry won an Ulster championship game, it was Eoin Bradley's late free in a man of the match performance that edged out Down, 0-12 to 0-11 in 2015 at Celtic Park.

'Skinner' also scored Derry's goal the last time they beat Donegal in the championship, on a scorching June Sunday in 2008.

After beating Kerry to win the NFL title, Paddy Crozier's Oakleafers arrived in Ballybofey to face the 2007 league champions.

It came from a high delivery pumped in by Enda Muldoon, a current senior selector, and when Barry Monaghan dropped the ball, Bradley didn't need a second invitation to slot under goalkeeper Paul Durcan.

“I remember it well, it's all good memories,” Bradley said.

“That team we had, and I know many of our teams underachieved, but we knew that on our day we could beat anybody.

“Me and Patrick did most of the scoring, but that was some team and we had some performances that day,” Eoin added, before running through some of the names. Mark Lynch. Gerard O'Kane. Enda Muldoon. Fergal Doherty. Kevin McGuckin.

“Our big downfall was that we were good one day and then another day we'd let ourselves down a bagful,” Bradley admits.

He references the semi-final with Fermanagh that year, when they were hit by a sucker punch with Barry Owens' late goal at Omagh.

“We were hot, hot favourites and that was one that got away. We took our eye off the ball with Fermanagh, that was the problem,” he continues.

This weekend, Ballybofey will be a ghost town in comparison to days gone by. Like Derry's 2008 visit. Such incessant was the heat that day, the teams curtailed their 'warm-ups' to preserve every ounce of energy.

“That colour of the fans was great,” Bradley recalls. “It was a warm day, the craic was good with people standing outside the pubs. It was one of those days and thankfully we got the result.”

This element will be missing. Bradley is back playing soccer in front of limited crowds of 500, but it still makes a difference.

“I don't think people realise what crowds brought to the games,” Bradley points out. “Any crowd gives you a buzz and that day, the stand was packed out and all the way around the pitch. 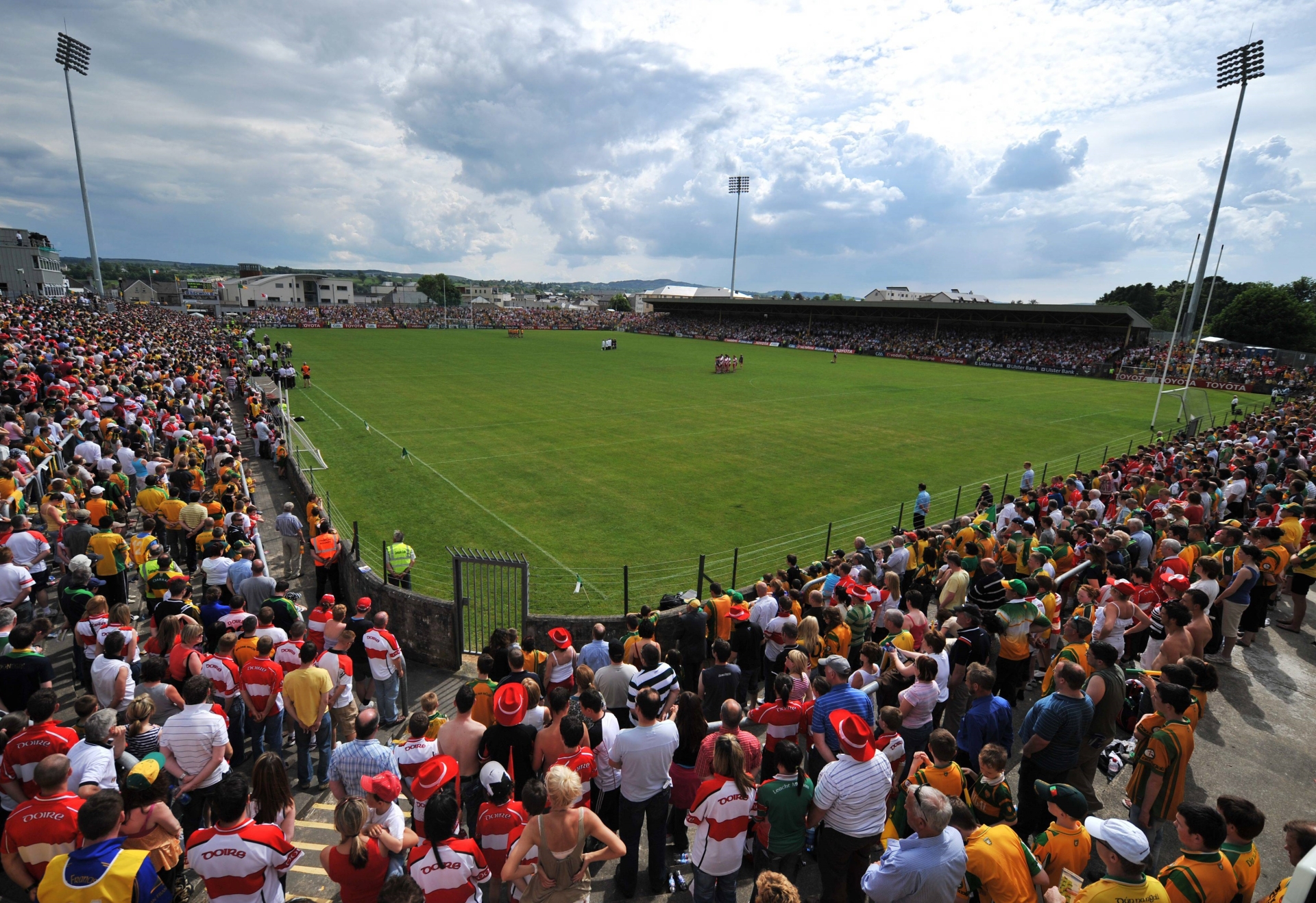 The colour of championship Sunday in Ballybofey back in 2008.  (Pic: David Maher/Sportsfile)

“When you are playing at the top level, you want to play in front of as big a crowd as possible.

“There was a big build up to it with the sets of brothers. There was me and Patrick, then there were the two McGees (Neil and Eamon) marking us and that gave us a different incentive,” Eoin adds.

It was an era when Derry were used to playing in front of bumper crowds. The previous year, they went toe to toe with Dublin in a Croker cauldron before coming up short in an All-Ireland Quarter-Final.

“Derry is up a division now, which is great to see. If you want to do well, you want to be playing in the top division,” Bradley said.

“For seven or eight years, we were playing in the top division. We were winning Division One titles and since 1993, that was one of the best teams to come through Derry.

“We underachieved in the championship, but were beating the biggest teams in the country at that time.”

He sees Donegal as a 'top five' team in the country and, while Derry have just entered the top 16, Bradley is full of praise for Derry's progress and how the players have bought into the county scene.

“Fair play to Rory Gallagher for what he has done. He has got people believing again, they are a lot fitter....they are a lot stronger. They are going the right way.”

Bradley is upbeat about Derry's chances on Sunday , just like he is about the county's long-term future. The possible absence of Michael Murphy changes the dynamic.

“I don't think they are the same team without him,” Bradley feels. “Hopefully they can get the result. It is exciting times. After winning the league, it gives you a bit of optimism,.”

Would he like to be playing for Derry on Sunday? With a laugh, Skinner mentions his 1-8 and 1-9 in his last two club games. Since our interview, his 1-10 against Kilrea on Sunday added to his impressive form.

“I am waiting on the phone call,” he laughed. “You are a long time retired.”

Preview: A look ahead to Derry's Ulster championship showdown with Donegal