Tributes to a Donegal woman who was well known in Derry 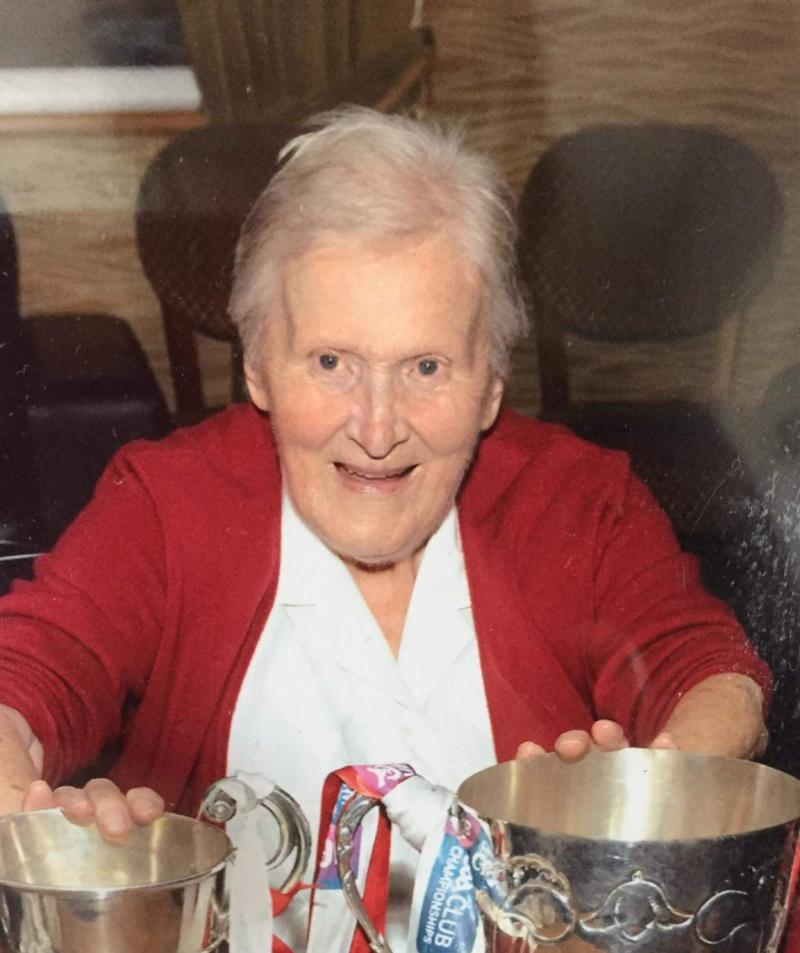 There was much sadness in Newtowncunningham as the community learned of the death of one of its former residents, Cissie Auld (née Curran).

Cissie, who celebrated her 100th Birthday four years ago, passed away on January 28, 2021. She died peacefully at her Portrush home, in the care of her family. Cissie had been looked after there for many years by her daughter Helen.

Cissie was the dearly beloved wife of the late James, much loved mother of Jim, William and Helen, dear mother-in-law of Winnie and Ernie, devoted grandmother of Sonya (and husband Paul), Trevor (and wife Rachel) and precious great-grandmother of Sophie and Grace.

Margaret said: “We are very thankful for Cissie's wonderful life. She always had a very strong attachment to Newtowncunningham and Donegal and country life.

“During Cissie's Requiem Mass took place in St Patrick's Church in Portrush, where the priest talked about her life from 1917 to World War Two and rationing and all that she had lived through. He referred to her simplicity in life and the love that she had for her family.

“Cissie loved nature. She loved birds. There was a lovely moment when her remains were coming out of the house, some birds appeared around the house and they were chirping away. Cissie's favourite bird was the Robin.

“On the outside of her home in Portrush she had up the name-plaque 'Murlough', the townland in Newtowncunningham where she grew up. We would be thankful for the lovely life Cissie had and the care she received, particularly from her daughter, Helen, who was a nurse. It was a blessing that Cissie did not have covid and she died at home, surrounded by her family,” said Margaret.

Margaret said: “She was dressed in red and white, the club's colours, for her 100th birthday party. Cissie's family and friends gathered in the Royal Court Hotel, Portrush, on December 23 to mark her milestone birthday, where Naomh Colmcille's prized Donegal and Ulster silverware also made an appearance, courtesy of Cissie's great-nephew, Gerard Curran, who played for the club.

“Born and reared in Murlough, Newtowncunningham, Cissie moved to the County Antrim seaside town with her husband, James, following their marriage in 1950. Cissie's parents were William and Ellen Curran. Her brothers were William and Charlie, and her sisters, Frieda and Bridie.

“In later years, Cissie cycled from Newtowncunningham to her employment at Dr Kennedy's Surgery in Derry. Following her move to Portrush, Cissie loved returning to Newtowncunningham to visit her late brother, Charlie, and her sister-in-law, Annie and their family. Cissie was hard-working, caring and generous. She had a good sense of humour and got on well with her neighbours, Annie and Bernie and their families,” said Margaret.

Cissie's son, Jim, said his mother had brought them up to be “well-mannered and to respect people”.

He added: “She always fed us well, with good, home-made food. However, she was also very strict.

“If we ever did anything wrong, we knew all about it. If we knew we were going to get a smack, we would run upstairs and hide under the bed but Cissie and her wee brush always found you,” laughed Jim.

Cissie kept alert doing puzzles and watching television. According to Jim, her favourite programmes were The Chase and The News.

Jim added: “Cissie was mad about the tennis at Wimbledon and thought Manchester United are a bad team. She kept up to date with technology, regularly asking Helen to text family members to see if they were ok.

“She loved family visits and looked forward to visits from our Donegal cousins as well,” added Jim.