The East Derry MLA was co-opted into the seat in 2020. 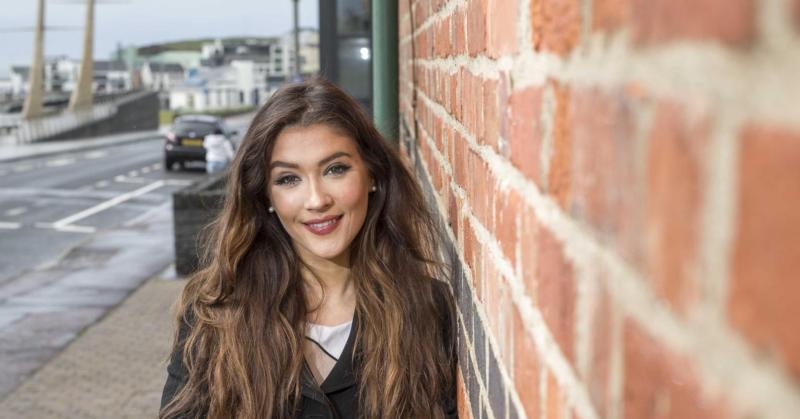 Liam Tunney talks to East Derry MLA Cara Hunter about social media, mental health and the influence of her predecessor, the late John Dallat, on her career.

This is an extract from a longer interview, which is available in podcast form here.

Liam Tunney: Tell me why you got into politics.

Cara Hunter: I'd lost my best friend, Zachary, in 2017, and it absolutely devastated me.

I was studying Journalism in Liverpool and was making a documentary based on trans-generational trauma and the Troubles, when I met Daniel McCrossan.

He said if I was passionate, I should consider running. I'd never really considered it as an option, but we revisited it around the end of 2018 and I said, 'why not?'.

LT: Is there anything you're particularly proud of?

CH: I struggled in my first year as councillor with the security aspects of the job. I found it difficult as a young woman in politics, in a very rural constituency, going out to houses to engage with people.

I brought a motion on health and safety measure the council could take to provide a safe room in the council building that they could use to have safe meetings.

More recently, I've set up the Dual Diagnosis All Party Group (APG). Dual diagnosis is when you have addiction or drug dependency alongside mental illness, which can be a range of things.

LT: Like yourself, so many people from here go away to university. How big a problem is that brain drain?

CH: Lots of people leave from here, go to England and stay there. If we can create more investment into student apprenticeships, it might give them the money and the freedom to stay.

Sometimes they want to get out because this country can be a bit backward, so we always try and tackle that mentality.

LT: You were co-opted last year to replace the late John Dallat. Just how much of an influence did John have on your politics?

CH: John passed away last year, and it's so sad, because he had such an influence locally. He had a huge influence really, and has laid the groundwork for me to be where I am.

John really set the bar to a high standard, and he was a really lovely man. I ran in the Westminster election in December 2019 and he helped me understand the layout of the constituency.

He's dearly missed by the party and all his colleagues still speak really highly of him.

LT: Does it bring any added pressure?

CH: He's had such an influence over a long period of time spanning decades, so there is added pressure.

I'm young as well, so you are bringing a new and different energy to politics. I take a lot of inspiration from the work he's done in East Derry and try to add to it and cater to youth voices as well. 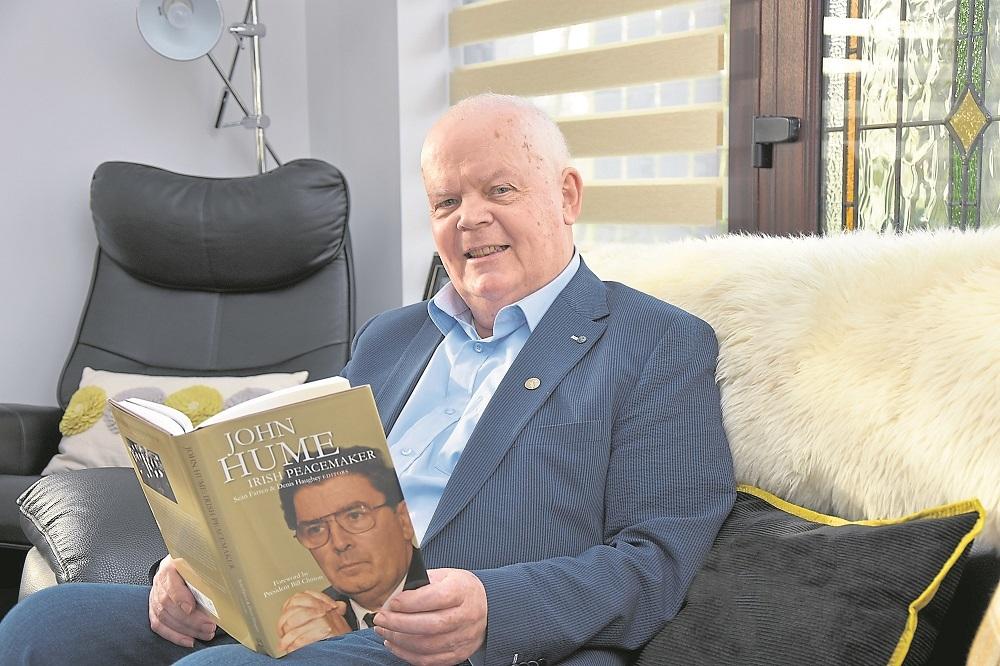 LT: You mentioned youth voices. How daunting was it coming into the Assembly at your age?

CH: The night I was co-opted, my parents and I were in disbelief, because I'd just left uni and was trying to find my feet.

I was just eager to get into the Assembly. Young people used to be detached from politics, and I was guilty of it too. I encourage people now to pay attention.

LT: It's just over a year since you went public with the abuse you were suffering. How did it affect you and is it still an issue?

CH: When I ran for Westminster in 2019, I had received a threatening voicemail. Someone threatened me to stay the F out of the town where I live.

I'd listened to it on Christmas Eve and called my parents to ask what I should do. I rang the police and said I had been feeling uncomfortable.

It was sinister in nature, personal and definitely had sectarian undertones. I found out the man who left the voicemail lived less than a mile from my house, so that was concerning.

I was thinking the person who left this voicemail could potentially be the person who checks you out at the shop, or the postman. There were a hundred different thoughts racing through my mind.

I also had a rural clinic when a man came in and pretended to be a health and safety operative, fixing up fire extinguishers.

LT: The next election is in 2022. It will be your first Assembly election. Does that worry or excite you?

CH: Elections can be really fun, but they can be quite daunting. To be honest, I'm really looking forward to the day when we can all go back on the ground and have face-to-face engagement.

There is a lot of warmth in people. Of course you get the odd door where you're the last person they want to see.

Even with the other MLAs in the area, because of Covid I haven't even had a chance to shake their hands, so I look forward to the opportunity.

LT: We did an engagement survey in County Derry. There was a hierarchy of trust, with the councillors at the top and MLAs below. What can be done to bridge that gap?

CH: Local councillors live in the area and you see them all the time, whereas MLAs can spend an awful lot of time in Stormont.

I'm a firm believer in regular engagement. It gives us a firm understanding of what is needed on the ground and from there you become a better MLA.

Social media is good for this too.Often we assume it's just the youth, but everyone and their granny is on Facebook.

LT: Is there anything in particular you'd like to achieve before the election?

CH: I'd love to see the establishment of a community crisis intervention service, which is essentially a suicide prevention service.

We have one based in Derry, but I am thinking more locally. We don't have a lot of services to help people who are feeling suicidal in the evenings. Mental illness does not have a clock.

I would be very keen to get some kind of service opened up here.

Apart from that, a train station in Ballykelly and I'll be happy!