Tyrone GAA's President has made an impact everywhere he went 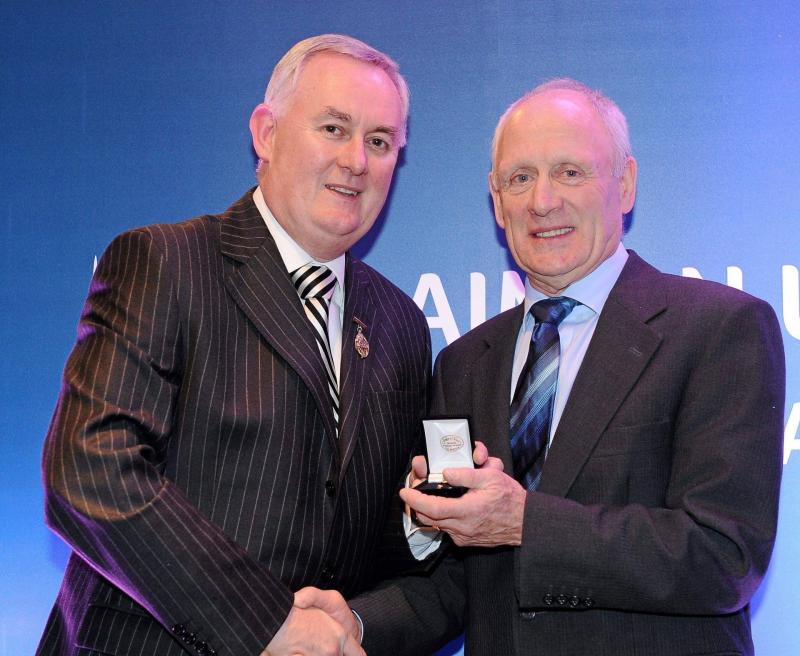 Tyrone GAA recently announced Patsy Forbes as their President for the next five years.

Patsy, a native of Ardboe, has left a huge imprint on the Oakleaf County in terms of the Owenbeg Centre of Excellence project, as well as his involvement with Magherafelt, Loup and Ballinderry clubs.

“The role of President is an honorary one” explained Tyrone Chairman Michael Kerr, in a tribute on the Official Tyrone G  Website.

“But it’s also a very important role. Our County President not only acts as a figurehead for the GAA in Tyrone but is also an advisor to us, a sounding board for us, someone who sees the bigger picture and who can bring other things into play.”

Patsy's GAA career ran across eight decades and is littered with achievement. He won three minor and four senior titles with Ardboe, including their first senior in 1968 as captain.

He’s played for Tyrone at all levels, managed/coached teams at club and senior, minor and U21 county level in Tyrone and Derry and been an ever-present behind-the-scenes man. He’s also a national GAA ‘President’s Award’ winner.

“We’re always making the point that there’s no one way of contributing to the GAA,” Kerr continued.

“And Patsy is maybe an unequalled example of how to do that. He has never sought or held an elected position at County level in Tyrone. Yet is there anybody who has done more for Tyrone than this unique man?”

Patsy made his inter-county debut for Tyrone in 1960, coming on as a substitute in a Lagan cup game against reigning All-Ireland kingpins, Down. He remained an integral part of the county team for the next 12 years. While looking back on his playing career, Patsy fondly regards Derry’s Mickey Niblock and Down’s Colm McAlarney as two of the toughest opponents he ever played against at county level.

From 1990 to 2000, he was involved in the Tyrone over 40’s team, actually captaining them to an All-Ireland Final appearance against Kildare. As an all-round sportsman.

Patsy could turn his hand to any sport, as he proved by taking up rugby at the age of 36 and continued to play competitively for the next 14 years. He has also represented Ulster in the boxing ring as a Light Middleweight and has many amateur bouts under his belt.

Always having a love for athletics and having maintained a high level of fitness throughout his football career, it was only natural that Patsy would display the same vigour on the track as he had on the pitch.

He has won 33 Irish Master Titles and represented Ireland on many occasions. He won two silver medals in the World Games in the 100m and 200m in Torino and is also the current holder of three Irish indoor and three Irish outdoor records in the 60m and 100m. He also had the honour of carrying the Olympic torch on its journey in for the 2012 Olympic Games in London. Together, with his long-term running partner, Dessie Ryan, Patsy received awards from Cookstown and Magherafelt District Councils for their achievements in athletics.

After marrying Maura Higgins in 1971, Patsy moved to neighbouring Magherafelt. They had three children, Sharon and Claire, and son Brian. Brian was a player on the Magherafelt minor side that won the Derry championship in 1992.

He also coached Derry’s U21’s to an Ulster Title in 1993. He went on to Co-manage a Loup side to the Derry league title, defeating a highly fancied Bellaghy in the final. In the championship final, they suffered defeat against Ballinderry, who went on to claim an All-Ireland title. He also had a term in the 1990’s coaching the Tyrone senior team.