The zoo eventually fell victim to the Troubles after the onset of internment. 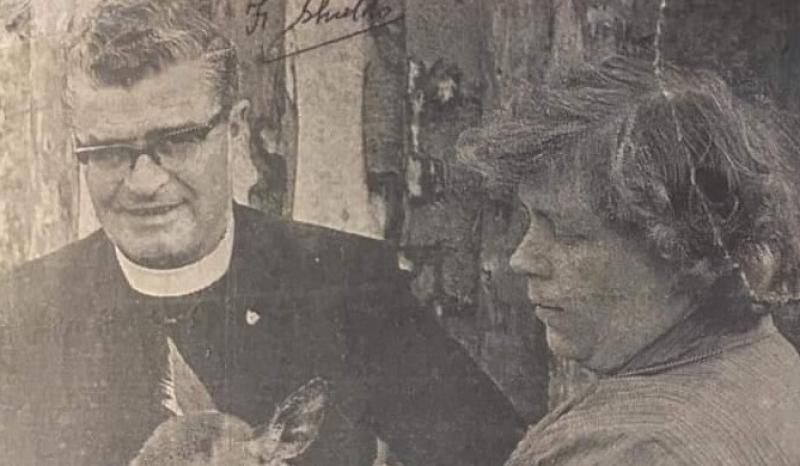 Most are familiar with Fr James Horan's campaign to capitalise on the tourism boom in Knock, County Mayo, by building an airport, but two decades beforehand, another clergyman had implemented his own grand ideas to bring a zoo to rural north Derry. Liam Tunney finds out more about the fascinating story.

Across Ireland's north coast, the 1960s brought a boom in local tourism.

The National Trust had taken ownership of the Giant's Causeway, announced to the wider world in 1963 after a paper was presented to the Royal Society by Sir Richard Bulkeley.

Along the coast, Mussenden Temple and Downhill were also drawing visitors, while Benone Strand was a major attraction for holiday makers in the area.

Since the 1800s, Magilligan had been facilitating bathing at Benone and the Umbra, which was said to have healing powers, with people coming from miles around to take advantage of the 'Magilligan air'. 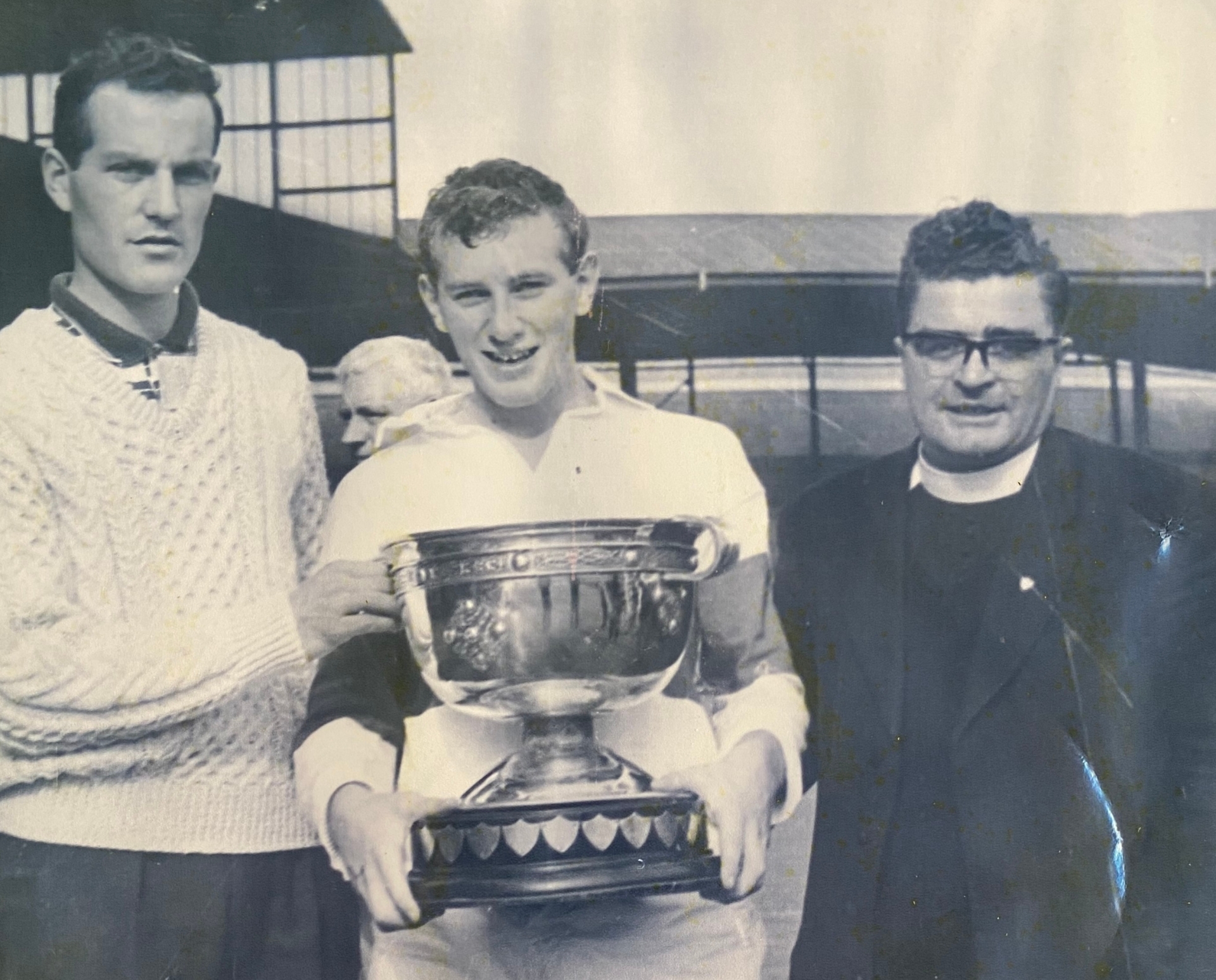 A raft of bed and breakfast provision was established during the 1960s as the area struggled to cope with the numbers of visitors seeking accommodation.

It was into this burgeoning tourist industry that Fr Seamus Shields stepped.

Ordained in Desertmartin in 1950, Fr Shields had founded the Swatragh Co-operative in 1963, successfully bringing business to the area.

His uncompromising style was also credited with putting 'the backbone' into the successful Derry side who won the All-Ireland minor football title in 1965.

On his arrival to Magilligan, he set about recreating the Swatragh project in the north of the county, focusing on the area's developing reputation as a tourist attraction. 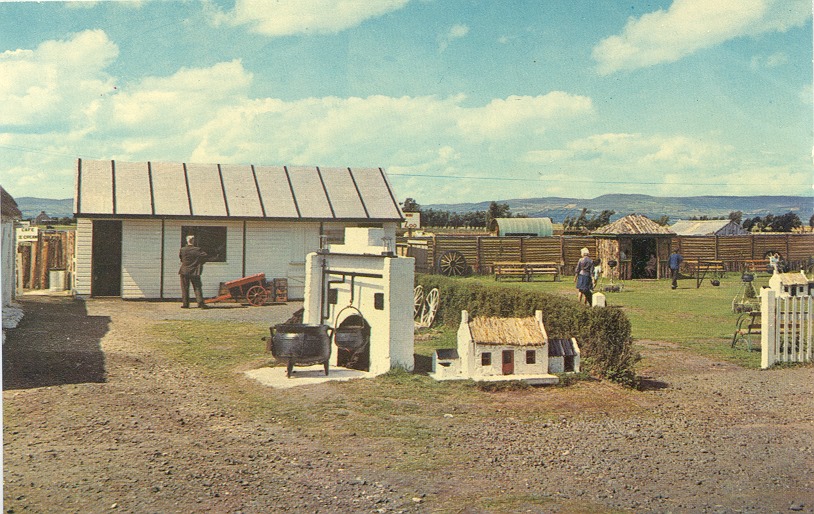 Some of the thatched cottage models at the zoo complex.

Some church-owned patches of land in the area were let to farmers, and it was on one of these that Fr Shields set up the Magilligan co-operative on which the zoo was situated.

Set between the Presbyterian Church and what is now Canning's Spar Shop on the Seacoast Road, the site became home to a small knitting factory alongside the zoo.

The zoo complex itself included a souvenir shop, an antique store and had on display a local area thatched cottage.

In an interview given to David Capper for a BBC documentary in 1971, Fr Shields revealed what he believed to be the secret to success; work ethic.

“Instead of a set of people in an area waiting for Santa Claus coming along to help them, they should get up and help themselves,” he said.

“Every member of the community, no matter what his vocation, be it a priest, minister, doctor or teacher, has an obligation to the community as a whole, and a part to play in it.

“I'm glad to see the attention is being focused now on the self-help efforts. Instead of bringing in outside industrialists, more encouragement should be given.

“Filling in forms doesn't get anything going; there were no forms filled in this place, we just got up and did it.” 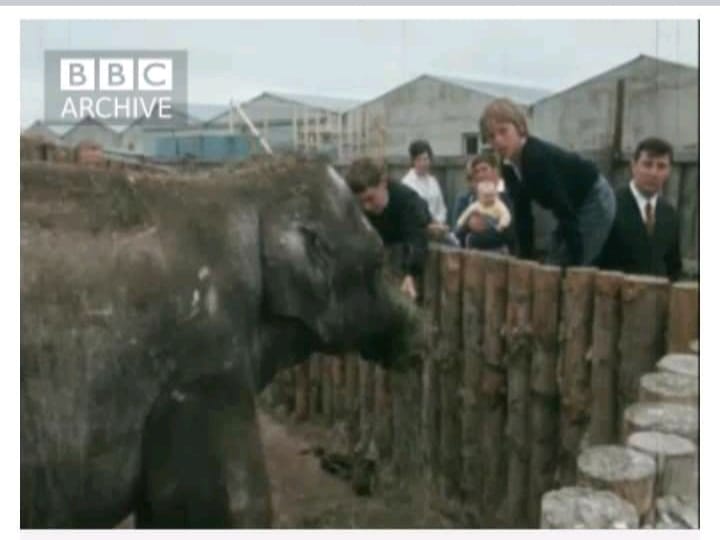 A still from a BBC report, showing the elephant.

The zoo was opened in 1969, when two London chefs were flown over to take part in an official ceremony, to which the entire community was invited, and a roasted ox was on the menu.

A baby elephant may have been the main attraction, but the zoo housed a wide range of animals, including wallabies, a Korean squirrel and South African weavers.

Fr Shields' grand plan worked and the zoo became an overnight success, with around 1,000 customers each week coughing up the entry fee of two shillings.

The co-operative created work for many of the local people, who manned the souvenir stands and shops, looked after the zoo's horticulture and maintained the complex.

“It's on the main road to one of the most beautiful beaches in Ireland, but it was unkown,” Fr Shields told the BBC.

“You can see the bed and breakfast houses going up, the shops have benefitted, and I suppose the public houses too.

“This is a community effort to help as many people in the community as possible and provide jobs. The one thing I would like to pay tribute too is all the voluntary work.

“We cut across all barriers; all creeds and classes. The only qualification we have here is work, though that eliminates a lot of people!” 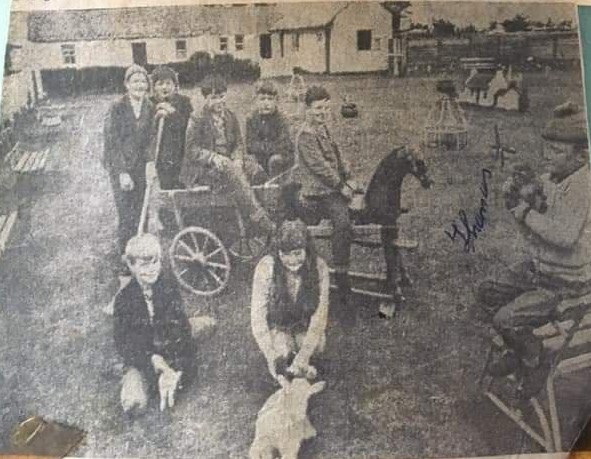 The zoo may have incorporated all creeds and classes, but it was to fall victim of those with less ecumenical intentions.

As the zoo was opening in summer 1969, rioting that became known as the Battle of the Bogside had broken out around the coast in Derry.

The escalation of tension that followed had a devastating effect on local tourism, and Magilligan did not escape its wrath.

Shortly after Fr Shields had appeared on the BBC, Operation Demetrius introduced a policy of internment which was to last until 1975.

Internees were to be detained at three regional holding centres; Girdwood in Belfast, Ballykinler in County Down, and Magilligan.

The move resulted in negative press for the Magilligan area, and in May 1972, the zoo published an advertisement explaining it would no longer be opening. 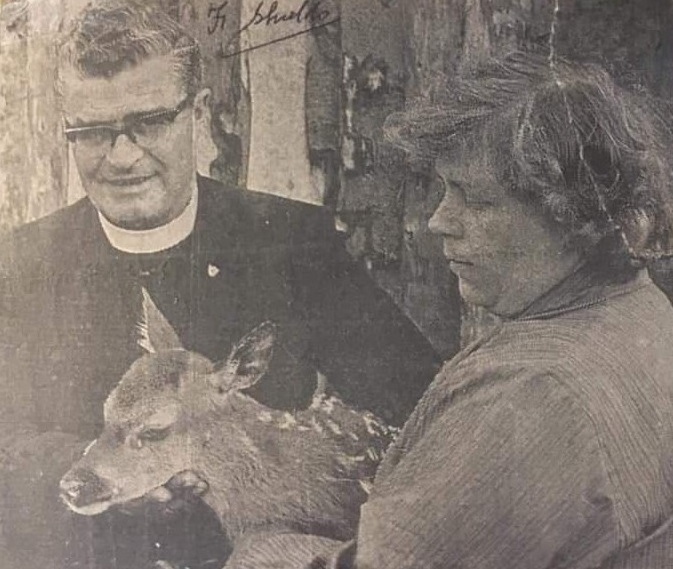 Fr Seamus Shields and Mary McCorriston with a new arrival at the zoo shortly before its closure in 1972.

“The mini zoo at Magilligan on the North Derry coast, which opened in 1969, will not open this year,” it read.

“The closure is a result of adverse publicity that Magilligan has had over the last few months firstly by the setting up of an internment camp there followed by the establishment of a regular prison.”

Defying its own winding up notice, the zoo persevered into the autumn, before finally closing its doors during the winter of 1972.

Fr Shields moved on to finish his days as parish priest in Greencastle, County Tyrone, before passing away in 1988.