SPECIAL REPORT: The changing face of Derry's tourism industry as the impact of the pandemic continues

2020 has been a year like no other. Marianne Flood looks at the impact, good and bad, that the coronavirus crisis has had on tourism in Derry 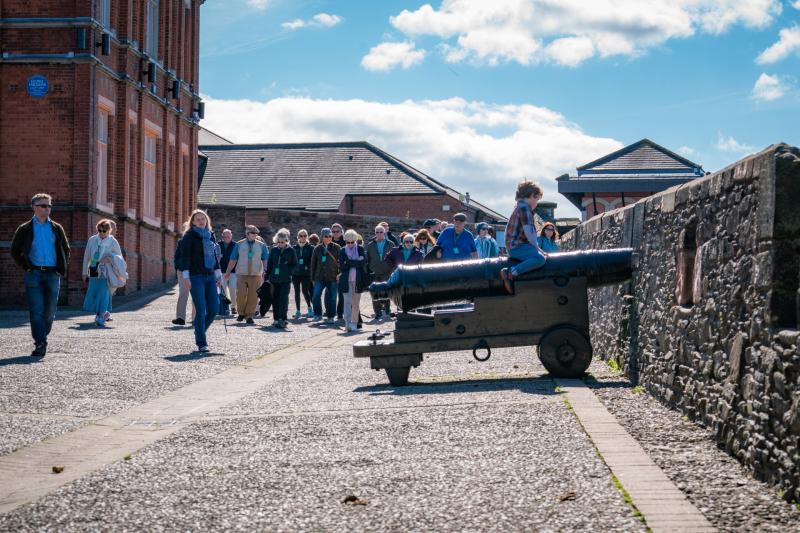 Tourists pictured on Derry's Walls prior to the pandemic.

Derry's tourism sector has been slowly getting back on its feet since lockdown measures eased, but recent visitors to our city are hailing from much closer to home.

Charlene Crossan of City Walking Tours, which started operating again at the beginning of July, said their customer base has completely changed.

"A big chunk of people coming to us were North American or Canadian, but It's all about the staycation now," she said.

"I would say 99.9% of our customers are from the Republic of Ireland, Northern Ireland, England, Scotland and Wales.

"Last week we had an American, but they lived in England so they were coming from there."

In normal peak season there could be up to 20 coaches a day stopping at Derry's Tourist Information Centre. This year it is a very different story.

Last week, Derry welcomed its first coach tour since March, with just 16 people on board due to social distancing.

"We used to have 54 seater coaches with every seat filled," said Ms Crossan.

"If they weren't having lunch, they would at least have a cup of coffee or buy a bottle of water and that doesn't sound like much but it all adds up.

"And the one thing we are always asked about is local independent shops - that's where people want to spend their money."

But Ms Crossan counts herself 'lucky' that her business can continue to operate.

"I have often thought that we are very, very lucky that we do walking tours.

"It's outdoors and we can keep social distance and you can keep in your bubbles.

"When I look at small restaurants and cafes with big rents and rates to pay I think we are definitely one of the lucky ones.

"The silver lining of all this is that you have people who used to go to Spain and in a way they have been forced to come and explore their own country.

"We've had a lot of people who never would have thought to come North and they'll say to us 'we never knew it was so pretty'.”

Dublin man Philip O'Connor holidayed in South America last year, but this year he has stayed closer to home.

He made his first trip to Derry last Friday and was exploring The Walls when he spoke to the Derry News, while his wife Maeve did some shopping in The Craft Village.

"We are touring the Inishowen Peninsula and we decided to stay in Derry for a night," he said.

"We do a  lot of travelling but I have always thought that Ireland - North and South- is the best in the world."

Mr O'Connor said the North of Ireland has been a popular destination for his friends and family this year.

"Plenty of people we know have come up here this summer.

"A lot of them have been to Belfast before because it's only an hour and half away from Dublin really, but Derry is a bit further.

"I've been to the North lots of times, but never to Derry before.

"I grew up watching it on the TV and I found that very sad, whatever way you looked at it. But coming here has been lovely. I went on the walking tour yesterday and visited the Peace Bridge.

"The city has such a great history to it and it's great to see it in peacetime."

Phylis Doyle and Hilda Murphy also travelled from Dublin to visit Derry for the first time. 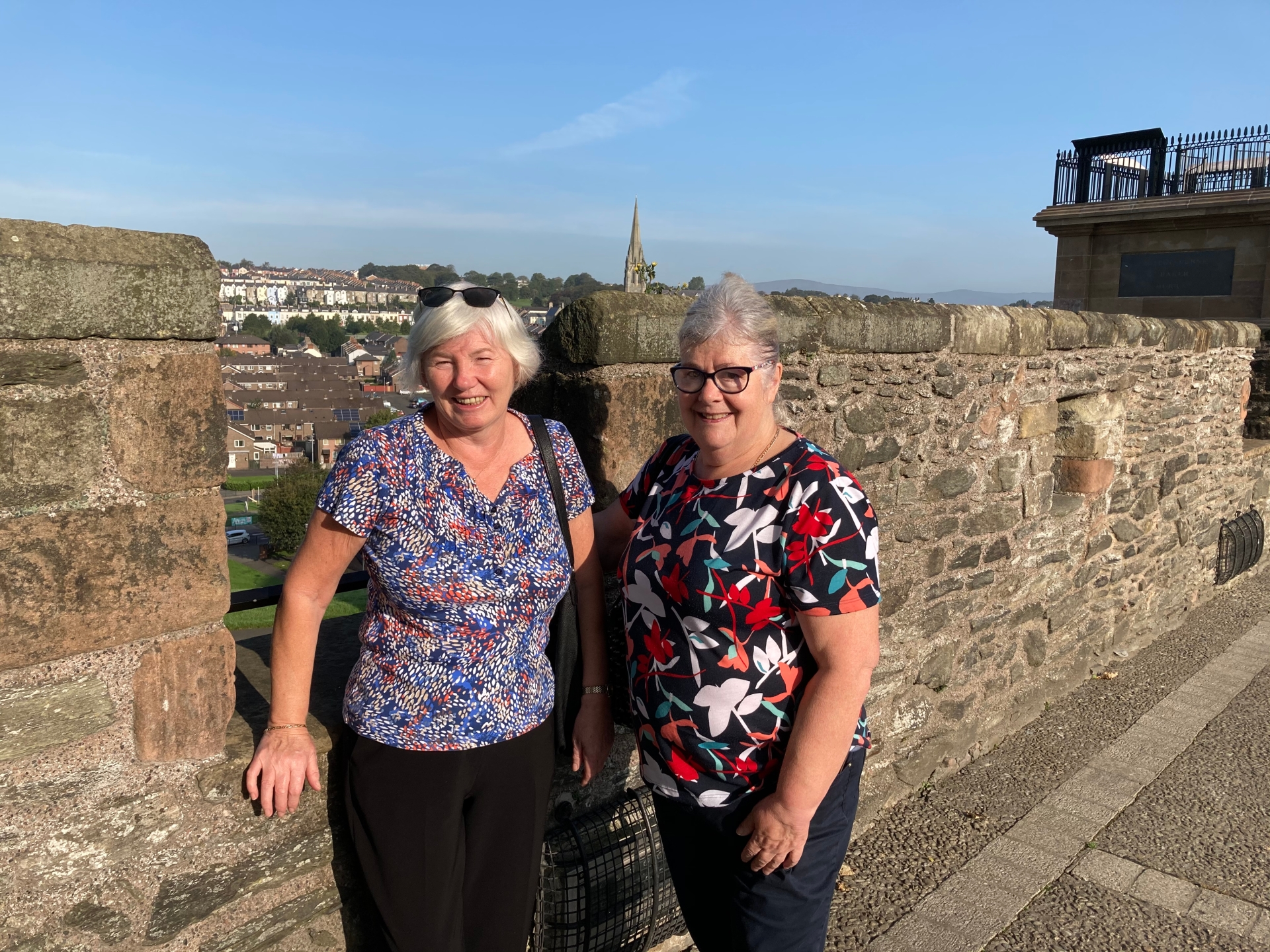 The pair had planned a holiday of a lifetime to Italy to celebrate their retirement, but Covid restrictions meant this had to be put on hold.

"We decided to staycation in Donegal and I had always wanted to visit The Walls of Derry so we came here for the night," said Phyllis.

"We've been to the North before but we would usually go to Belfast because it's a bigger city. But Derry is lovely and the people are very friendly."

Adjusting to the new normal, Ms Crossan has changed City Walking Tours offering to cater to the new market of Irish and British visitors by adding a 'Derry Girls' tour based on locations of the cult Channel 4 show.

"Staycationers need something different," she said.

"The history of the city doesn't appeal to everyone, but everybody loves a bit of Derry Girls.

"We've had a few bloggers and influencers take the tour and they all leave saying 'I have to watch the full two seasons again'."

Mary McShane, owner of the 'Rose Park Annex' bed and breakfast in Rosemount, said she too is looking at ways to capture the staycation market.

"Halloween is the big thing when it comes to advertising Derry, but the coronavirus has turned everything on its head.

"We've had a lot of English guests who are interested in researching their ancestry or who just love Ireland.

"I think we should be marketing Derry as a great place to come shopping - it's really reasonable.

"The prices to come and stay here are the lowest I have seen in years.

"There are places like Galway putting the prices up because they can and they have become extortionate."

Mother and daughter, Margaret and Charlotte Creighton from Belfast, paid a visit to the city on Friday with the sole purpose of going shopping. 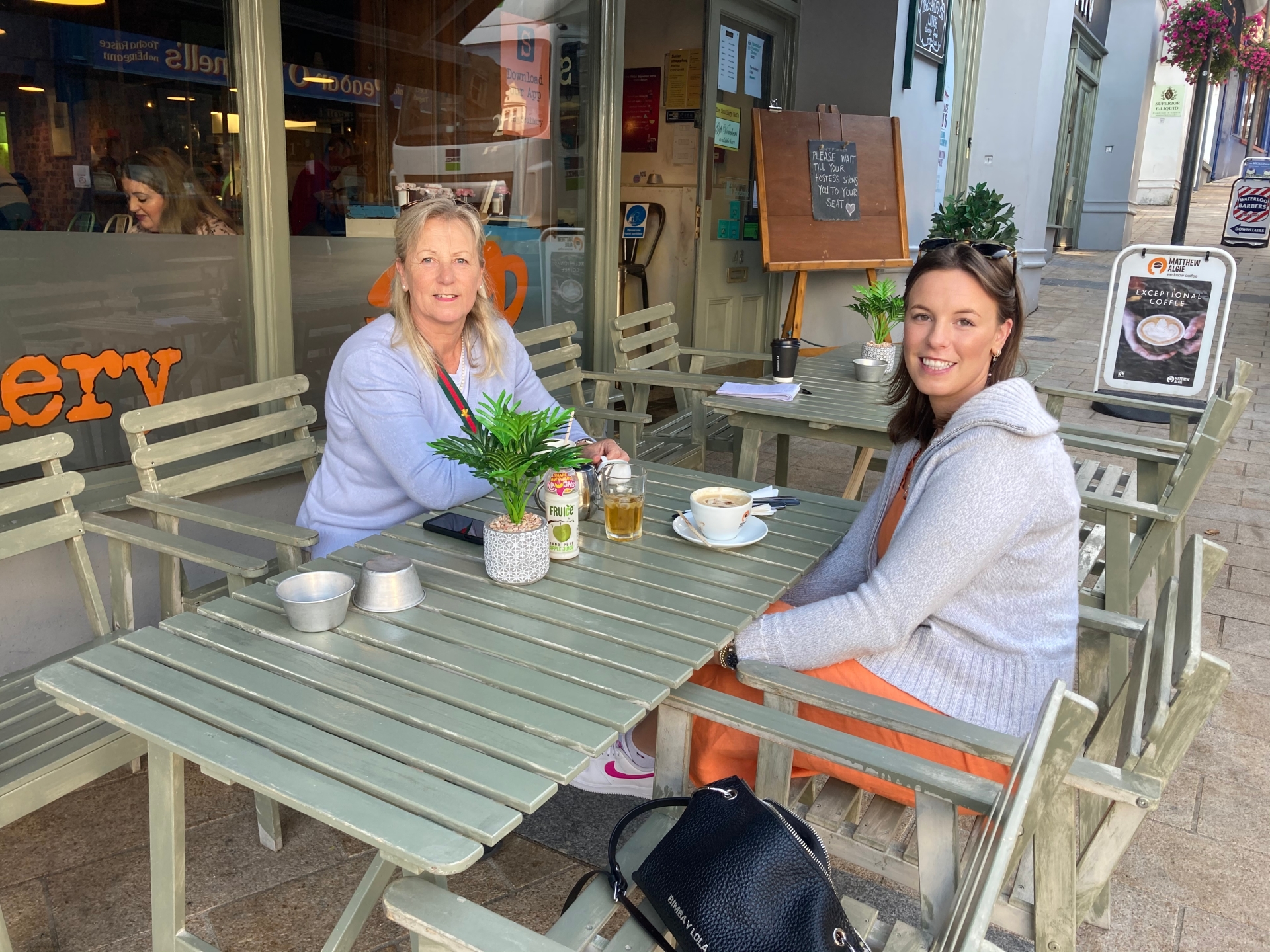 Despite only living an hour and half away, they had never been to Derry before.

"We are holidaying in Castlerock and we decided to come into Derry for a day's shopping because we heard it's very good," said Margaret.

"We are both into horses so we would have visited the surrounding area before but this is our first time in the city."

Charlotte said she was very pleasantly surprised but what the city has to offer.

"I think I just thought of Derry as a really small place," she admitted.

"I went to Edinburgh University and when I was coming in on the train I was struck by how like Edinburgh it is with the river running through it and all the churches and spires."

Like City Walking Tours, all the guests at Rose Park Annex have been from Britain and Ireland since it reopened in August.

"We had a man from the Republic who was 62 years of age stay with us recently  and it was his first time crossing the border in his life," said Mrs McShane.

"He saw the North as a black place to go. It was very dark in his view and he was so amazed by how beautiful it was and how approachable everyone is.

Patrick Frawley, from Ashbourne in Co.Meath who is a frequent visitor to the city, agrees tourists get a very warm welcome.

"There is a homeliness about the city - it's not a big cosmopolitain place like Dublin, but that's what makes it special.

"The people are so friendly - if you make even an ounce of effort they are happy to talk to you."

He  believes Derry has the potential to become a hub for tourists looking to explore the North Coast and Inishowen.

"People seem to come here for the day when staying in Donegal but it should be the other way around," he suggested.

"They should come and stay in Derry and make it their base.

"You have so many golf options all within 30 minutes - it would be great if Derry could capture that market,” he added.