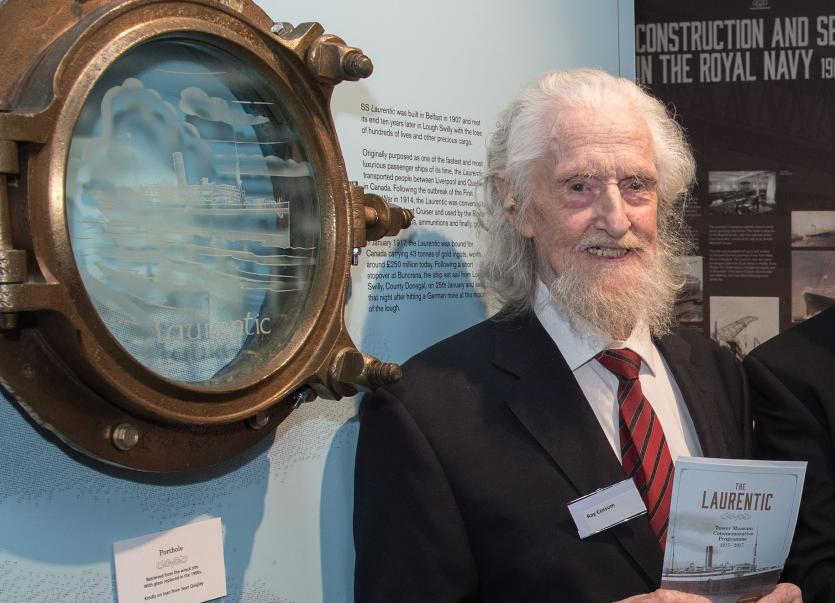 Today marks the 50th anniversary of a remarkable achievement by a well-known adopted Derry man.

On July 31, 1970, Ray Cossum set off from France to swim across the English Channel.

He completed the journey non-stop in a time of 13 hours 41 minutes.

In doing so, he became the first Irishman to officially swim across the channel.

It had been a long-held ambition for Ray.

Born in Folkestone on the south coast of England in 1931, he grew up hearing stories of people who had swam across the channel.

It was an ambition he would come back to later in his adventurous life.

Ray served in the Royal Nay for eight years, five of which were in the submarine service as an escape instructor.

While he was in the Navy, he was based in Derry where he met and married Bridie Loughrey, before the couple set up home and raised a family in Creggan.

His love of long-distance swimming was developed and honed in the waters of Lough Swilly in Donegal where he regularly swam between Buncrana and Rathmullan.

After much preparation, he decided to take his efforts to another level by attempting the channel swim he had heard so much about when growing up.

However, it was not an easy thing to achieve.

He tried unsuccessfully twice to complete the swim.

However, he finally realised his dream in the summer of 1970.

Almost 14 hours after leaving France, on July 31, 1970, Ray made it back on to land near his home town of Folkstone.

“I had tried to so the swim a couple of times before and on one of those times I was just a couple of miles from finishing it when I had to stop because of gale force winds,” he said.

“So it was great to finally manage to swim across the channel and it was a big relief after all the training I had put in.”

As a result of his success in 1970, the local man became involved in the Channel Swimming Association which is the official body which regulates channel swims.

He later went on to become vice president of the association.

He remains proud of his achievement 50 years ago and the special relationship he has with the Englisn Channel.

“So I can say that I have see the channel from every angle possible.”

Ray is also well-known locally for his deep-sea diving exploits.

In 1969, he bought the rights to the wreck of the SS Laurentic which sank on January 25, 1917 after striking a mine at the mouth of Lough Swilly.

After the Laurentic sank, the Royal Navy organised a huge amount of dives over subsequent decades to recover a large number of gold bars which were worth an estimated £5m in 1917.

Since buying the rights to the wreck, Ray has organised a large number of dives to what remains of the vessel and had also been heavily in preserving artefacts which have been salvaged from it.