Father Roland Colhoun, currently based in the Newtownstewart parish in County Tyrone and formerly of Long Tower parish in Derry, pays tribute to well-known Derry woman Mary Hampson who recently passed away 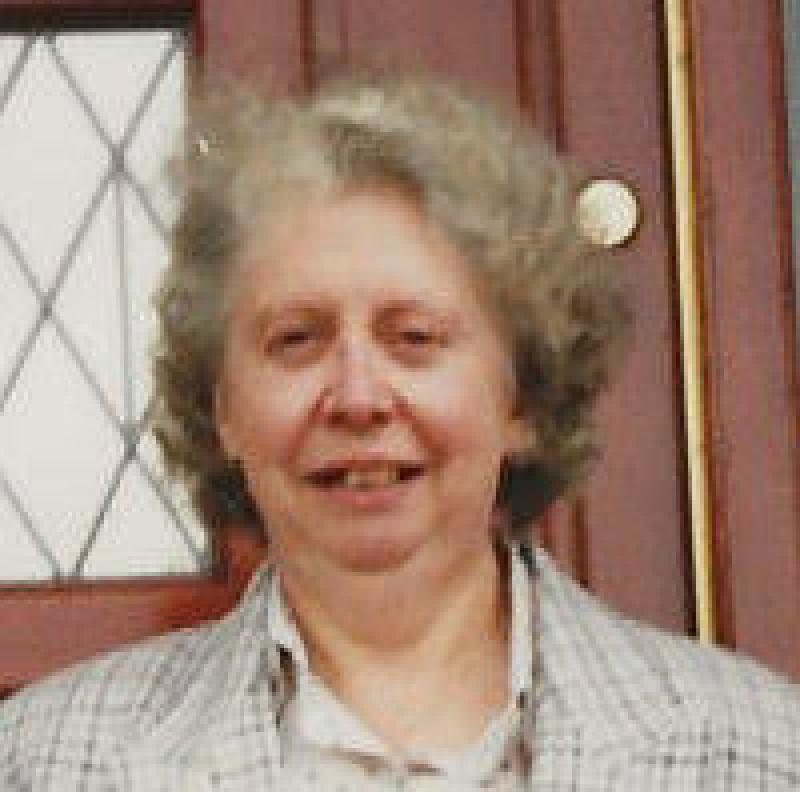 It was with enormous sadness that I learned of the sudden death of Mary Hampson in Derry last month.

She had been a loyal servant of the Church in multiple capacities down the years.

For many decades, her financial acumen was particularly helpful with parish accounts and Gift Aid claims.

But in retirement, her principal service was answering the telephone for various Parochial Houses.

Mary has been answering my phone for twenty-two years in four parishes in succession.  She gave the same service to several parishes in Derry city and around the diocese.

Having reached her eighties, Mary has to her credit a long life of outstanding service to the Lord, free of charge.

Her generosity underlines the valuable vocation of the single person in the Church and the world.

Living alone since her parents died, her faithful companion was her collie dog.

By disposition, Mary Hampson was professional, mannerly and kind.

With attention to detail and an encyclopaedic memory, she dispensed advice clearly and responded to calls with accuracy.

Parishioners commented on her efficiency when she answered the phone.  “Hello.  Yes?” was her standard opening.

She had learned great courtesy in her earliest days.

Her mother and father were Donegal natives who had moved to the Lecky Road in Derry.

Accordingly, Mary had the rich faith of St Columba by inheritance and by upbringing.

She had never lived in Tyrone but through constant telephone contact with my parishioners over the last five years, she was able to take the ecclesiastical pulse of the area every day.

If I wasn’t available, she gave a listening ear to everyone who called, never rushing anyone, taking time to give practical counsel, to reassure and to resolve problems.

For the caller, Mary was patience and peace personified.

Small in stature but huge in personality, Mary Hampson was endowed with an excellent mind.

Having spent thirty-two years as personal assistant to the accountant and MP, Eddie McAteer (1914-1986), she knew the workings of local and national government and she understood politics and media.

One of her workplace duties was to read through the newspapers every morning, to highlight the principle stories for Mr McAteer and arm him with reading material for the train journey to Belfast.

Fearless, she would telephone any office or department, near or far.

Undaunted by anyone’s rank or position, she once rang the Taoiseach’s office to get a matter resolved.

And with her customary tenacity, Mary got a resolution.

As recently as last year, with telephone in hand, she got to the bottom of two cases of overcharging and got thousands of pounds repaid to our parish.

Mary had a phenomenal memory for everything that had happened in her lifetime.

She kept books, pamphlets, posters and anything of historical value.

I recall my lengthy search in 2008 for the original Prayer to St Columba.

It had been written by Fr Willie Doherty who opened the present Long Tower Church in 1909.

The parish had been using a shortened version for as long as anyone could remember but our committee needed the original text for the centenary publications.

Mary Hampson unearthed it in a Long Tower booklet from the early twentieth century.

Faith, hope and love underpinned everything Mary said and did.

Daily Rosary, Sunday Mass and monthly Confession were the building blocks of her life.

Having grown up in an era when religion was not complicated, Mary had a clear grasp of catechetics and the gaps in RE today.

Her incisive mind could sum up a religious problem in an instant and propose a spiritual solution.

She loved pilgrimages too, particularly the shrines at Knock and Lourdes.

Of course, the lockdown caused by the Covid-19 virus brought her considerable anguish.

Fortuitously, the churches had opened for private prayer a few weeks before her death and she was able to get to Confession at Long Tower.

But she was longing to get back to Mass.

She said to me that if the churches in the Republic were the first to recommence public Masses, she would travel to Inishowen to receive Holy Communion.

This demonstrates that Mary had genuine faith.  The deprivation of the Mass was not a matter of losing out on routine.
She felt deeply the loss of the Eucharist.

Another sign of the depth of Mary’s faith is that she never wanted attention drawn to herself.  She served the Church quietly without any recognition and desired to have her name on nothing except a Christmas card.

Sadly, Mary was found dead at her home on Demesne Avenue, Creggan, in Derry on the evening of Monday 15th June 2020.

Her Requiem Mass was offered on Thursday 18th June in Long Tower, the church of her childhood.

The restrictions of the coronavirus era meant that her many friends were bound to watch the funeral on webcam. I could not attend either.

Mary is a huge loss to me, to my parishioners and to the many people she helped and consoled down the years.

Her eighty-two years have drawn peacefully to a close.

This holy woman served the Church to the very end.

Now that she can no longer answer my telephone, I'm asking her to hear my prayers.

And I’m certain her reward will be great in heaven. May she rest in peace.