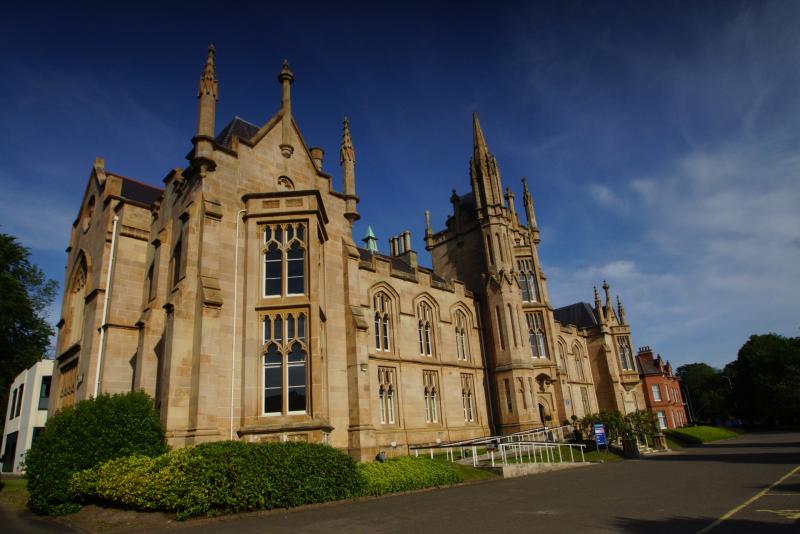 The Magee campus of Ulster University.

Despite committing, almost two decades ago, to tens of millions of pounds of capital investment and the development of a Medical School based in the city but also serving wider afield, Ulster University has proven itself incapable of delivering on its promise to Derry and the North West community.

Since the first official announcement of the post-graduate facility in 2003 (the school had been mooted for years before that), a catalogue of failures has been allowed by the university and decision-makers within government.

Impediments almost too numerous to list have acted to frustrate, if not block, delivery of what is agreed is a much-needed facility.

The responsibility and willingness to bow to problems readily rather than resolve them lies at many doors, not least: politicians, internal university committees, government committees, health officials, Stormont officials, UU officials, other universities, and the Northern Ireland Civil Service.

Is there an underlying and more pernicious problem that has its roots in decision-making by UU that is seen to favour other places over Derry? Why are our public representatives facilitating this?

Since its establishment in Coleraine by the Stormont government in the 1960s, the university has been allowed, and encouraged, to run an unfettered and unchallenged agenda, whereby major development decided upon by university authorities, based in Belfast, has been centred on Coleraine, Jordanstown and, more recently, North Belfast.

The post-GFA era has seen little change and, effectively, Belfast and Stormont, acting as a city-state, exercise a veto on every major development in Derry or the North West. This is the continuation of an unfortunate and deliberate policy which we thought had been consigned to a troubled past.

Derry has been patiently lobbying for proper and deserved university provision for the region for 60 years. It is the last remaining grievance of the Civil Rights era, and the failure to provide a modern university in the North West sustains the injustice practiced by the Unionist government, now long gone, of the time.

For almost 60 years, Direct Rule and devolved governments at Stormont and UU have favoured other localised priorities and broken promises to Derry. In 2010, under the Ilex One Plan, UU and government gave a commitment to have 10,000 full-time students at Magee by 2020. The actual number – under 3,000 – didn’t change at all over the decade.

Most recently, a commitment, endorsed by Dublin and Westminster, to have 10,000 students at Magee by 2030 was made in January as part of ‘New Decade New Approach’. Just weeks later, Stormont handed a £126m off-the-books bailout to UU for its well over-budget North Belfast campus, while simultaneously putting a freeze on Derry development. The city and the region are either the collateral damage of flawed strategic planning or dismissive indifference to any regional equality and provision. It has to be one or the other and when you dismiss a region, you dismiss the people who live there.

Given the inequitable outcomes flowing from policy-making pursued by a university with government money for almost 60 years now, it would, in a normal society, merit a full public inquiry.

Local representatives and most worryingly, nationalist politicians, who would have traditionally questioned the policy, are failing to alter what is undeniably UU’s ‘Belfast-first’ agenda - to the huge detriment of northwest Ireland which has still, by far, the lowest Higher Education provision on these islands. Derry University Group figures recently put the HE uptake in Derry at fifty percent lower than the next lowest in Ireland.

The medical school, if and when it arrives, is barely a fig leaf to cover UU’s embarrassment, and Stormont’s shame, at how they have treated Derry. It will house just 100 students – and the capital costs will be financed not by the university, nor central government, nor Stormont, but by the city-region itself from its City Deal package. Despite having failed utterly, and consistently, in its responsibilities to this region, UU stands to become the biggest single beneficiary of the City Deal.

Stormont will not, however, underwrite the on-going running costs of the new Derry facility, on the grounds that UU – having spent all its money, and much more besides, in Belfast - is now for all intents and purposes, insolvent.

In recent years, following lobbying by the Derry University Group and others, the Dublin government has stated that it is prepared to help lead university development in Derry and northwest Ireland – a promise, indeed, that is reinforced in its new Programme for Government. It is time to make good on that promise.

Representative democracy and investment cannot be the trickle-down preserve of just one geographical area or one demographic community. Such presents as unbalanced economic, educational, social and cultural polarisation. It is a poor and failed model for regeneration especially now, given the possible economic and social repercussions of Covid-19.

The Royal College of Surgeons in Ireland, a constituent college of the National University, is ideally placed to develop and deliver a medical school in the North West, and can do so rapidly. RCSI currently runs two medical school campuses in Malaysia and another in Bahrain.

A new cross-border facility in the North West, operated by RCSI and overseen by the Irish and British governments directly as part of the North-South institutions, would short circuit the bureaucratic and financial logjams at Stormont and UU.

It would also provide a starting blueprint for a new, autonomous cross-border university for Derry and Donegal, which ultimately is the only viable solution to the HE crisis here.

It is time to put the North West first and allow us to develop our higher education sector independently, away from the grip of centralised decision-makers.