Renowed Derry singer Noella Hutton gets ready to take her show on the road! 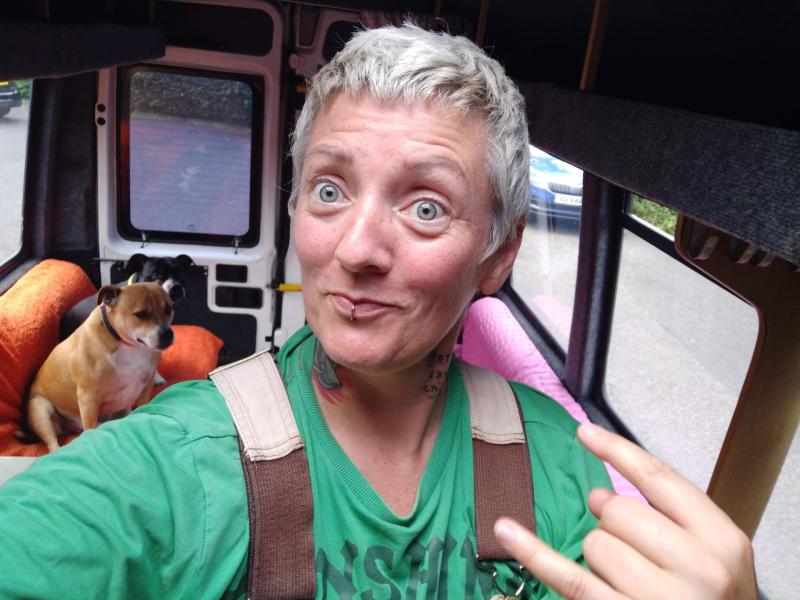 Noella in her new camper van.

A Derry singer songwriter has earned enough money from virtual gigs during lockdown to buy her dream camper van and take her show on the road.

Noella Hutton hit the big time in America in the 1990s where she appeared on stage with the likes Stevie Nicks and Sheryl Crow.

Her first album was critically acclaimed and she toured the States running shoulders with the A-list.

But since returning to Derry in 2003, Noella has sought out a much quieter pace of life and spends a lot of time working for animal welfare charity 'Friends of Rescue' and with her mum Josie who now lives in Culmore Manor. 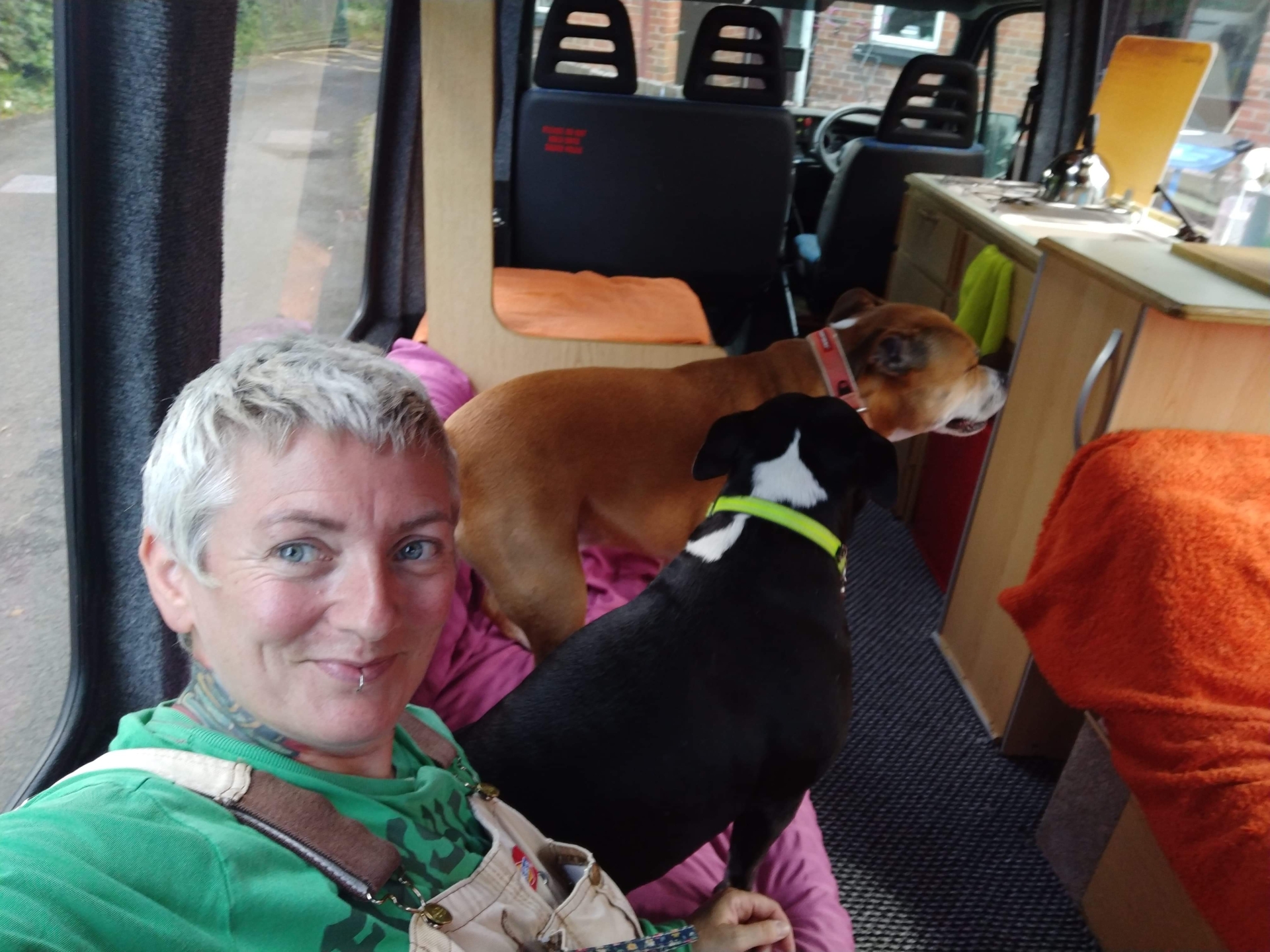 Any plans for gigs and touring were immediately cancelled, so like many artists she turned to virtual gigs which she streamed through Facebook Live.

Noella discovered this new style of performing suited her  and set herself a target of raising enough money to buy a camper van to go on the road with her beloved dogs Dolly and Buba.

"I couldn't leave without them," she said. "They are my comfort and my security so if I'm going anywhere I just have to take them.

"They're my wains. I've had them since they were born." 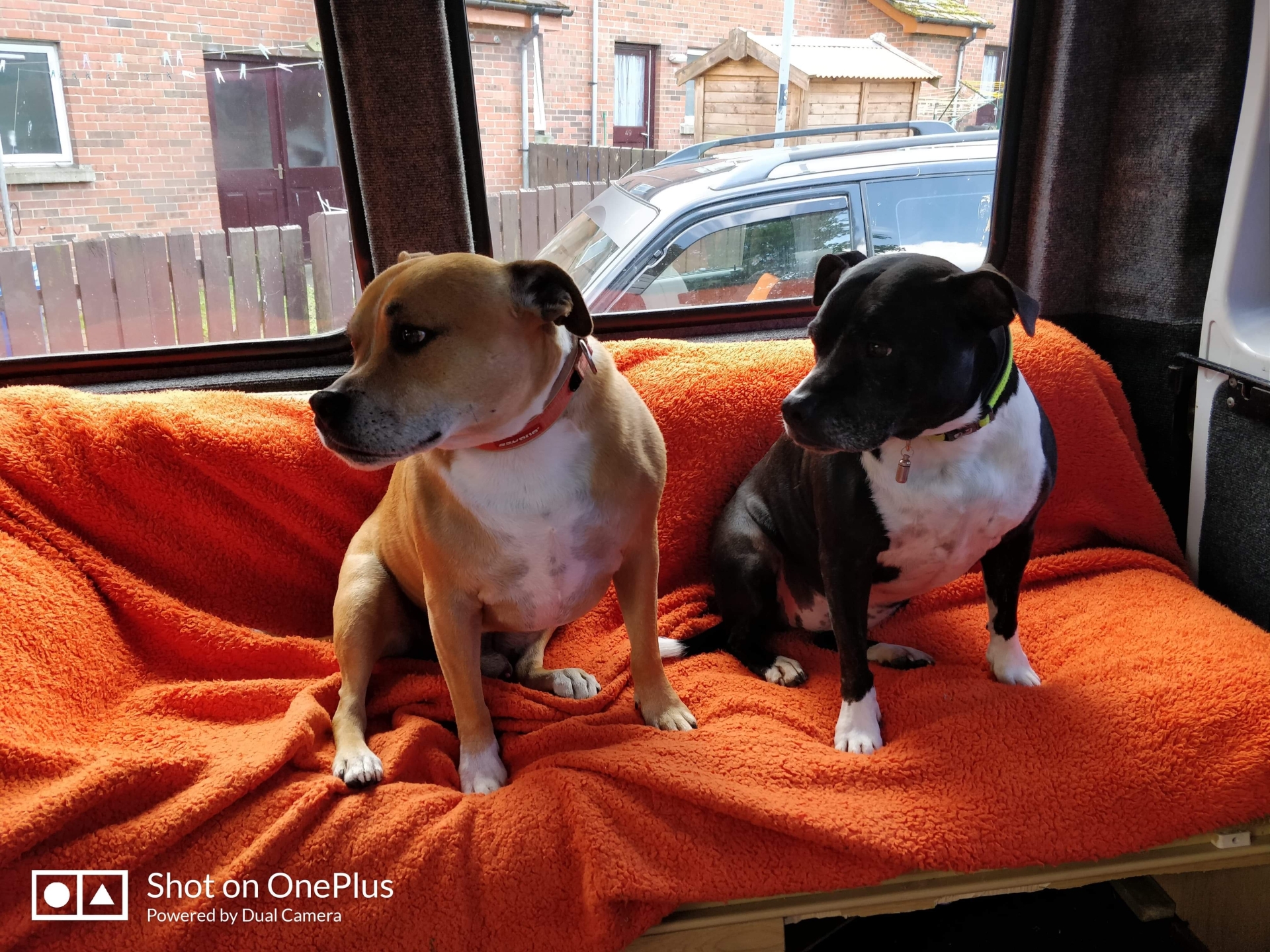 Dolly and Bubba join Noella for her virtual concerts and have become a firm fan favourite.

"They are more famous than me at this stage," laughed Noella.

She has also been joined by her sister Jeanette Hutton for some of her performances and in one memorable gig she even visited Culmore Manor where she entertained the residents and duetted with her mum.

"My mammy is just the best," said Noella. “I go up and see her every day and we talk through the window or if it's a nice day I can take her outside.

Noella's Facebook gigs were a hit with fans who tuned in from around the world to hear her songs and have a bit of craic.

"I feel a lot better sitting in my house and having a laugh with people who want to hear me rather than singing in a pub up the town where you are competing with the noise of a poker machine and people shouting over the top of you," she explained.

"The only people watching are ones that want to watch.

"I had to learn cover versions to play in the pubs and it just strips the soul clean out of it.

"The only reason I learnt to play the guitar was so I could write music."

With a healthy balance in her virtual tip jar, Noella started looking for the right vehicle to take her and the 'wains' on the road.
While scrolling through Facebook at 5am, Noella stumbled across her dream vehicle which was up for sale in Belfast.

"All the campers I had seen were big stupid ugly things with no light and big toilets and showers that took up half the room.

"But this was perfect. It was all I needed so I messaged the guy and said 'listen, I want the van'.

"It was only up for five minutes, so it was meant to be."

Noella has christened her new van 'Dorothy' and after changing the carpets she's ready to start touring Ireland.

"Paddy in Rathmor Tyres and Paddy from The Carpet Man sorted me out and now I'm ready for the road ," said Noella.

"I'm going to live stream from wherever I am, whether it's to 50 people or two people

"I'll talk about where I am so it will be like a documentary every week.”

She'll also use her time on the road to write some new songs.

"I can feel the songs coming," said Noella. “Maybe 8 or 9 of them. I might not write anything for five or six years and then it all comes through."