See Around Britain allows users to check out places online before they visit. 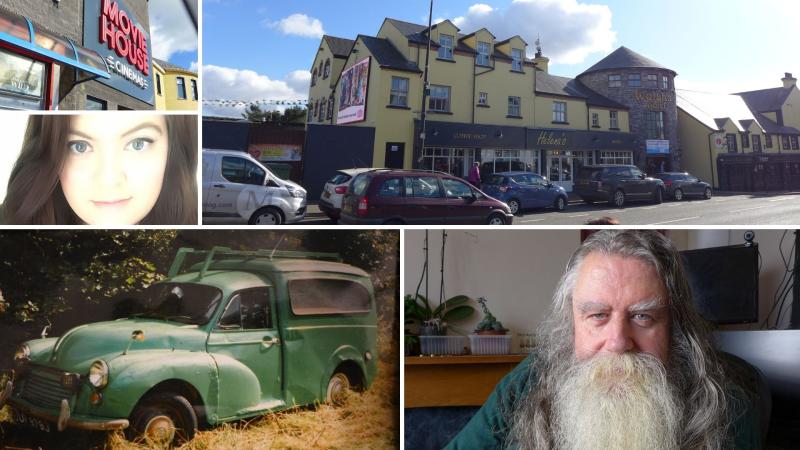 A website that allows users to preview a venue and check its suitability for a visit before they travel has been developing its presence in County Derry.

See Around Britain has built up a large gallery of photographs from venues across Britain, Ireland and Europe and is covering County Derry with the help of local volunteers.

Chloé Taylor, who lives in Dungiven, is one of those who has been helping the service to improve accessibility to venues locally.

“It allows people, especially those with an impairment, who might be worried about going out to go and view a place or go to a beach, or a library or museum,” she told the County Derry Post.

“It gives them the descriptions and accessibility descriptions which is important in this day and age. It helps people that I know to go and get out of the house, and be more included.

“I help with the social media side of things, producing content and bringing it to a wider audience.

“I also help with venue descriptions for the website and take pictures of areas where I live and where I’m from.

Originally from the West Midlands in England, Chloé has visited many places across the UK and Ireland, but things have slowed a little with the Covid-19 pandemic.

She said: “Visiting places has become more difficult because you can’t really go too far with the requirements of the lockdown, but I am someone who takes a lot of pictures anyway.

“I have a lot saved from areas that I can use up and you can find the information quite easily, so it’s not a huge problem.”

See Around Britain was formed in 2016 by Marg McNiel, who has taken over 500,000 photos to help others with what to expect when they travel to a new venue.

Marg suffers from Myalgic Encephalomyelitis, a neurological disease that affects all body systems and something he describes as feeling ‘constantly jetlagged’.

The organisation is always on the lookout for more volunteers to increase their coverage of venues.

“We have tried to do a comprehensive listing of Derry, not just the tourist sites,” he said.

“We urgently need online volunteers that can sign up via our website. We think this will particularly help people during the current lockdown as they can use their talents or skills.

“I aim to give skeleton coverage for more people to add to. It can include everyday things like pharmacies, clinics, hospitals, libraries, post offices and other shops.

“Seeing is believing. It will help older people, people with impairments, or anyone really to know what to expect.”

Much of the Marg’s early surveys were conducted from one of his three Morris Minor vans, which he admits are not in the best condition at the minute.

“The last one had to be taken off the road in 2006 because its chassis could no longer be patched to get it through an MOT,” he said.

“There was nowhere to garage them undercover. The plan, as soon as we get them undercover, is to cut out the rust and replace it with steel panels where necessary.

“We want to convert them to electric motors because our present base is only rented and we plan to get a permanent base on a rural farm.”

The vans will be used to ferry archives from the organisation’s current base when they source a new venue, but as with many projects, funding is proving to be an issue.

He said: “We launched the website and its apps, which are free to download, in 2016 and we’ve been building on it ever since. Each month it costs about £2,000.

“It’s hard getting revenue funding. You can get some through crowdfunding, but unless you’re like Captain Tom, it’s very hard. You have to have a high profile.

“It’s very hard to get private sponsors, particularly because with the virus, most of the economy will be in deep recession. We’ve been trying to contact the actor Michael Sheen to help raise our profile.

“Unless you provide something to help economic and social regeneration and we can play a vital role.

“If people could see the worth of what we are doing, we could get a lot more volunteers and eventually, financial support.”

“We’re trying to link up with an initiative in the Republic called Age Friendly Ireland. It was started by the former Chief Executive of Cavan County Council.

“The Irish government has given funding for the Age Friendly Ireland offices in every county council as well as access and tourism officers.

“We are trying to work with them to get a track record so we can go to the Ireland and Northern Ireland governments.”

Volunteer Chloé also feels that the organisation could benefit so many if it received the right financial backing.

“Disability also impacts on mental health and I definitely feel that government funding should be helping people to help others,” she said.

“There is such a stigma surrounding disability and mental health, even now, and there shouldn’t be. Without See Around Britain, inclusivity for people would be reduced.

“It helps improve the quality of their lives and help them realise that they can go to places with family and it helps them feel more included.”

If you would like to become a volunteer for See Around Britain, or learn more about what they do, visit their website.