Derry News business columnist John McGowan says: "We shouldn't allow any government to use COVID-19 it as a way to stealth their own economic failure as a consequence of a Hard Brexit." 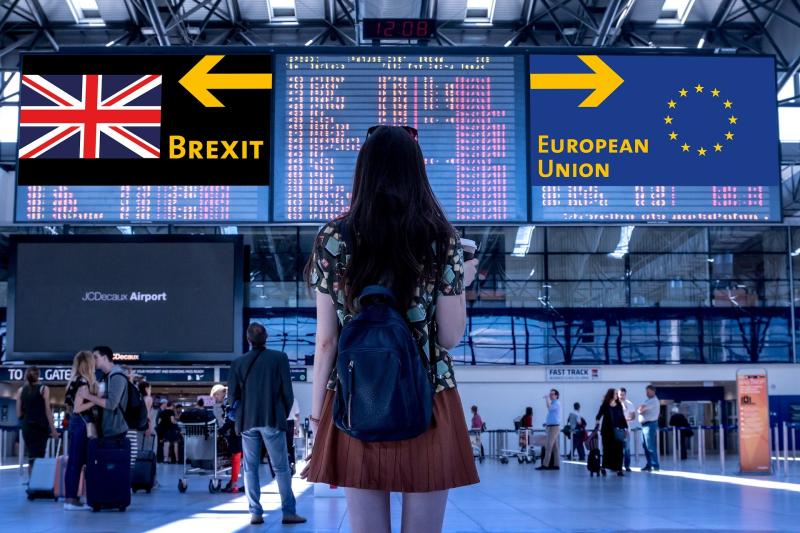 A few weeks ago, someone asked me did I still think Brexit would still go ahead this year after the COVID-19 pandemic?

My answer then and becoming even more likely in recent negotiations was a clear, Yes.

The person was quite taken aback by my conviction.

They felt that perhaps the government would pause and reflect on how the double whammy of COVID-19 and Brexit might affect the economy.

Being a huge ‘Curb Your Enthusiasm’ fan I likened the negotiation position of the British to the position Larry adopted in Series 3 Episode 6 when his mother died, and his father didn't tell him.

Larry then went on to use the excuse that his mother died for weeks as a way of getting out of every social engagement he didn't like. It provided for him a perfect opt out for anything he didn't want to do.

In a way, what is now playing out between Britain and the EU is a perfect rerun of that episode.

Although negotiations are taking place it's fair to say the British are just going through the motions.

The "optic" is that diplomats are engaging.

The reality is that they are not.

Whereas before reporters would have been questioning doggedly on the numbers of engagements between both sides and the progress being achieved, now there is an eerie silence.

A few are asking but tackling the virus has become the number 1 priority.

Only this week in the Assembly when the MLA for Derry Sinead Mc Laughlin asked the Economy Minister Diane Dodds  for some much needed clarification on Brexit for business all we got was the "We are focusing most of our efforts at present on COVID-19 but are working on this blah blah" excuse wheeled out.

Surely, we have to assume that we will severely suppress this virus for now and eventually beat it with a vaccine.

Excuse me for my optimism on this, but I truly believe the best minds in the world will win this battle.

I, like Sinead and many others, however are worried that this Pandemic is being used by the Tories to run the clock down and deliver a ‘No Deal Brexit’ by stealth.

Are we that badly organised in NI that the ability to clarify what arrangements will look like for Customs and Trade in NI post 2020 can't be clarified?

Is every single person on the payroll in the Department of Economy working solely on COVID-19?  This is really unacceptable.

A Hard Brexit would have a much worse long-term impact on our economy than COVID-19.

We must guard against this at all costs.

My other worry is that the current DUP Minister for the Economy was the previous DUP MEP and was fully supportive of any form of Brexit.

The DUP stance on the Theresa May Backstop was many say the main obstacle to it being passed, and they have severe reservations on the current Boris deal.

Having the DUP at the wheel on this really doesn't bode well.

Throughout all Brexit discussions they sided against every single business organisation, so faith that they will deliver what is best for business is low.

And it's not just me who thinks the British are using COVID-19.

The EU Trade Commissioner Phil Hogan said on Thursday: “I think the UK politicians and government have certainly decided that Covid is going to be blamed for all the fallout from Brexit and my perception of this is they don't want to drag the negotiations out into 2021 because they can effectively blame Covid for everything.”

I also think the spat last week to dismiss any attempt to locate a EU office in Belfast was to set the tone of negotiations with the EU. It was a glove across the face.

Others believe it is a negotiating tactic.

The reality is that people will be needed on the ground to implement new customs and regulatory checks which the UK signed up for in the Irish Protocol as part of deal negotiated by Boris.

Helga Schmid the Secretary General of EU External Action wrote in February that there were "very particular capabilities and competences" required on the ground.

She added these were "distinctive from the more traditional competences of any other EU delegation".

The British know there needs to be checks and inspections.

Business knows there needs to be checks and inspections.

The refusal by Michael Gove to allow an EU office in Belfast was rejected by the majority of political parties in NI.

Most parties welcomed the request by the EU to locate an office in Belfast.

It was notable however that the DUP again through their Brexit spokesman Sammy Wilson, made it clear it wasn't welcome.

He added: "We do not see any point in such an EU office, and we're pleased the UK Government has said they will not give any credence to this proposal.”

Again, this doesn't bode well for business who want negotiations to continue and clarification on the arrangements already agreed by the British.

So the clock is ticking and it's clear some in Tory HQ see COVID-19 as the perfect camouflage to hide the economic crash a ‘No Deal Brexit’ would have caused.

Let’s not allow this to happen as every report written on the impact of a ‘No Deal Brexit’ put NI as the most affected in such a scenario.

I'm worried we are sleepwalking into a much bigger long-term economic problem.

I'm concerned that some within the DUP are allowing this to play out to meet their own narrow political agenda.

As a business owner, I expect the Department of Economy to pressurise the UK Govt on clarification relating to Trade.

I expect my Minister Diane Dodds to put the needs of the businesses she represents before anything else. If not step down.

I believe COVID-19 is the most serious shock to hit global business in history.

I also believe the recovery could be in the shape of a ‘V curve’ if they find a vaccine.

We shouldn't allow any government to use COVID-19 it as a way to stealth their own economic failure as a consequence of a Hard Brexit.

In the episode of ‘Curb Your Enthusiasm’ Larry finally runs out of road using his mother's death as an excuse.

Let's hope we wake up to this Tory scam sooner rather than later.