The historic and tragic stories of Maghera's United Irishmen

A look at a bloody time in the Derry town's history. 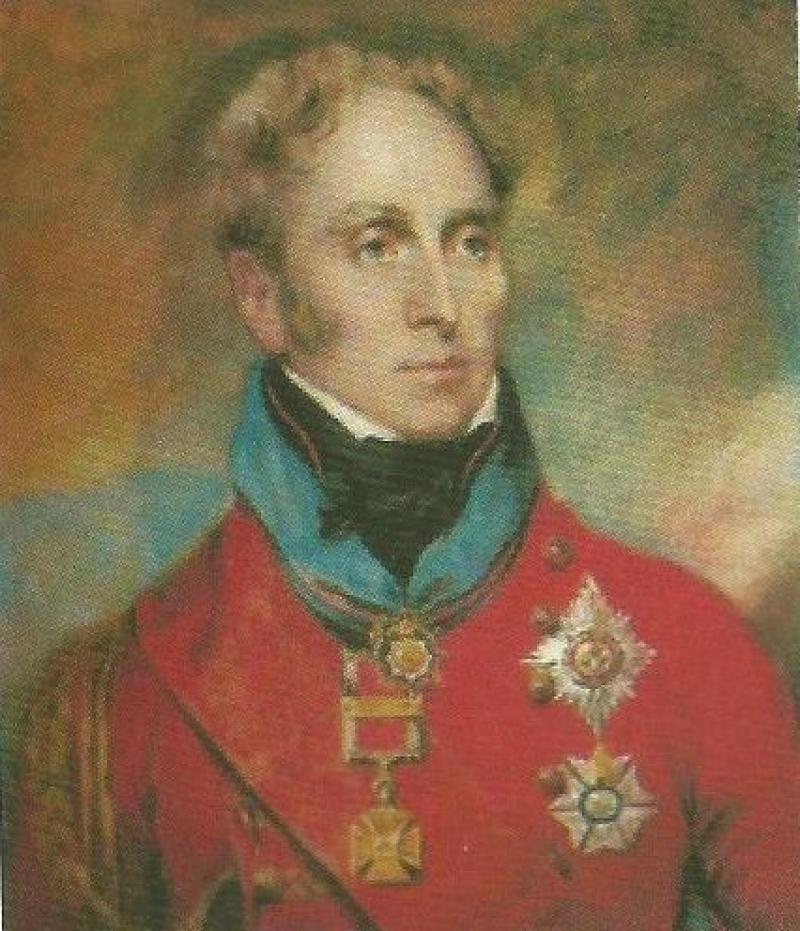 Colonel Leith, the redcoat leader stationed in Maghera during 1798.

In 1837, an extract from Lewis’ Topographical Dictionary of Ireland painted a quaint picture of Maghera in 1798.

It read: “During the disturbances of 1798 it enjoyed comparative tranquillity.”

Anyone living in the County Derry town at the time of the ill-fated United Irishmen rebellion would no doubt disagree.

The ins and outs of the 1798 rebellion were played out at a local level across the country, something local historian Joseph McCoy thinks is not mentioned enough in schools.

He says: “I understand the necessity to look at the First and Second World Wars, but they have so little about the place we’re living in, particularly the local stuff.

“The story of 1798 in Maghera is complex. There’s a whole plethora of different writers on the subject but no two stories are the same. That tells me that they are pulling a lot from folklore.”

Troops had been stationed in the town before the rising began in June 1798 and the rebellious plans were being drawn up around them.

An account of how recoat army captain Francis Lamont met and married the daughter of hotel proprietor Jack O’Neill bears testament to this.

Captain Lamont, second in command to Colonel Leith, had been passing what is now known as Walsh’s, when he found himself transfixed by a young girl working in the hotel.

When she returned his glance, the captain turned to his superior and told him in no uncertain terms that if she were not yet married, she would be his wife.

The pair were married in May 1798 and Lamont was named on a list of people who donated to the building of Glen chapel, where the couple rest in the graveyard.

It was certainly not the last time love flourished with a meeting of eyes in Walsh’s Hotel. 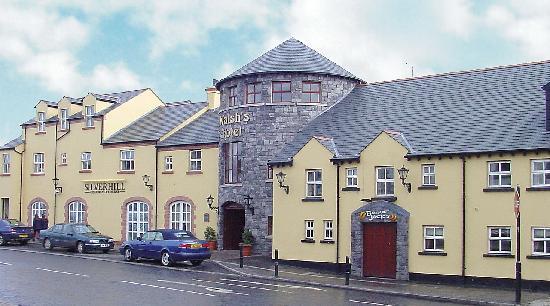 History and folklore have weaved a rich tapestry of tragedy, violence, compassion and love at the foot of the Glenshane in 1798.

The town was so involved in the skirmishes that after the uprising failed, Colonel Leith’s redcoat army may have planned to reduce it to rubble in retribution.

In an article for the Maghera Times, a local historical paper, Joseph McCoy wrote:

“Initial suggestions tell us that the army was prepared to blow the town to pieces with a detachment of cannon, which had been placed on top of a hill overlooking the town.”

However, Maghera was spared, and the people lived to pass on the tales of the rebellion’s leaders in the town, many of whom suffered reprisals in its aftermath. 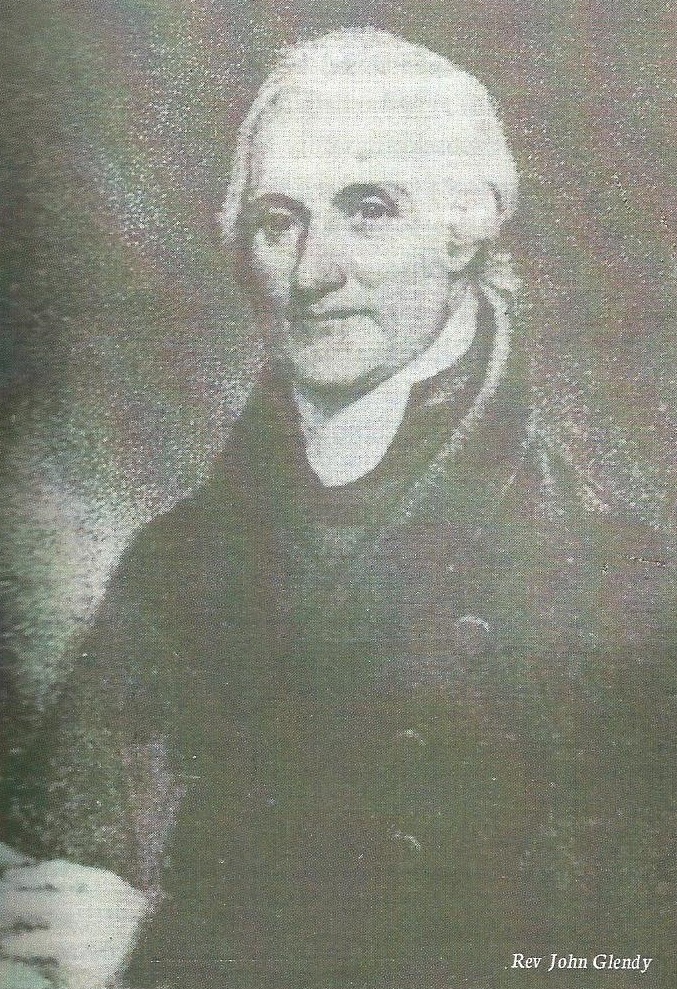 Rev. Glendy provided leadership to the volunteers in the years leading up to 1798, which led to James Spottswood of the Salters Company in Magherafelt admonishing him in print in 1794.

He wrote: “Glendy of Maghera is tainted with the blackest principles of revolution. His many sermons are but discourses containing treason.

“We have seen him on diverse occasion with the Popish priest of Magherafelt in that union of the Romish Church with whom he does conspire against this Realm.”

Glendy composed the oath sworn by all members of the United Irishmen, and at some meetings, stood behind a pulpit bearing the legend; ‘vive la Republique’, in a nod to the French revolution.

As expected, the hunt for Glendy in the aftermath of the rebellion was an earnest one. He fled to a place called the Grove where he stayed with a man named Wilson for a fortnight.

One popular account of how Glendy evaded capture was by borrowing a petticoat, cloak, bonnet and stockings from a woman named Sarah MacQuirken and escaping dressed as a woman.

His escape was almost foiled when a local magistrate called Forrester recognised him, but his Presbyterian colleague, Clark, restrained him from making an arrest.

The unusual attire also helped him evade a passing redcoat patrol in Tobermore, but his fate was sealed when troops surrounded a friend’s house and he was forced to hand himself in.

Glendy was imprisoned on a barge moored in Belfast Lough before being exiled in America, where he became chaplain to the US House of Representatives in 1806 and the Senate in 1815.

He passed away in Philadelphia in October 1832 and is buried in Baltimore. 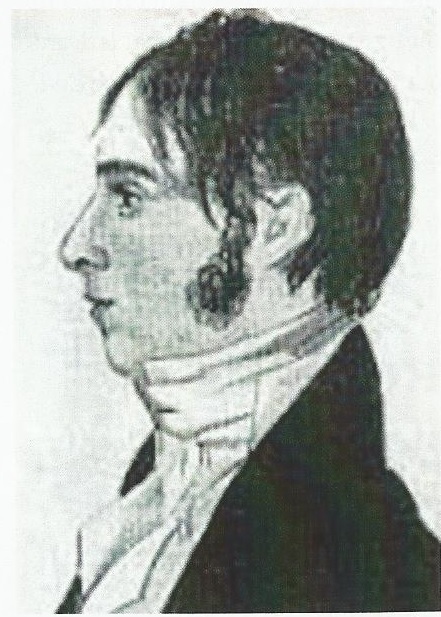 Synonymous with the GAA tradition in Glen, the name Watty Graham is familiar in Maghera and its surrounds.

Graham was an Elder in the local Presbyterian church and had been central to organising the rebellion’s activity in Maghera.

After it was quelled, his house was set on fire in reprisal and after a bounty of £500 was placed on his head, he set off for Magilligan, from where he intended to travel to Moville.

En route, he stopped at the Rectory of Tamlaght, where he intended to collect £400 that the occupier, Mr Church owed him.

Mr Church said he would have to go to Maghera to get the money but, in truth, intended to turn him into the authorities in a bid to clear his debt and collect a handsome reward.

A servant girl overheard Church telling his wife of the plan, and he swore her to secrecy, but the girl found a way to warn Watty Graham of the betrayal.

In his book ‘Famous Maghera Men, Eoin Walsh writes how the girl warned Graham using the phrase; ‘A herring was never taken on bait’.

Graham attempted to evade capture by grabbing a shovel from a nearby workman and telling him to run instead.

The soldiers followed the workman, but the Rector spotted the ruse and alerted the soldiers to Graham’s presence. He was swiftly arrested.

Watty Graham was executed, decapitated and his head carried through the town of Maghera in an intimidatory warning to local supporters of the United Irishmen.

His relatives are thought to have retrieved his remains and buried them.

Mr Chuch did not live long to enjoy the fruits of his betrayal and was bludgeoned to death at the entrance to his avenue while attending a call to tend to a dying parishioner. 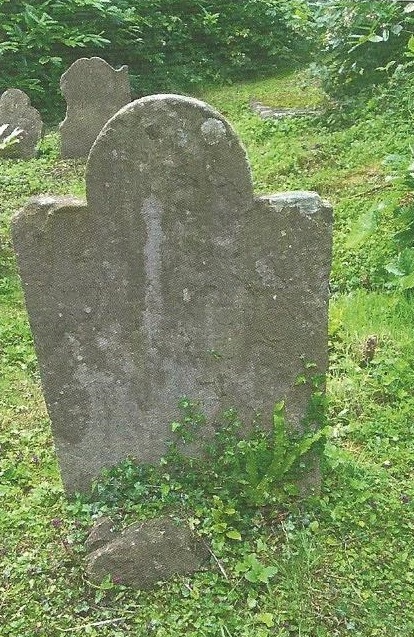 In the swirling air of mistrust that prevailed after the rebellion, suspicion was easily aroused, and it cost the life of an innocent man in Billy Cuddy.

“An unseasonable jest cost him his life,” wrote Joseph McCoy in his Maghera Times article.

Cuddy, a wheelwright and blue dyer by trade, had been employed to insert a pane of glass into a leaden window-frame and remarked that it would not be difficult to turn the lead into bullets.

The owner of the house reported him to local clerical magistrate called Clotsworthy Soden, who had him arrested and sentenced to death.

“Billy Cuddy had a fairly good relationship with the townsfolk, even the soldiers,” says Joseph.

“Colonel Leith, commander of the royalist forces in Maghera, understood that Clotsworthy Soden was maybe overstretching his authority, but it was authority he had.

“As they were taking him to his death, he recited the 52nd psalm at the top of his voice referring to the Rector being to blame for his downfall.”

Colonel Leith asked Cuddy on the gallows if he wanted to leave the case in his hands. Many watching on considered it to be an act of mercy, but Cuddy tragically misunderstood the offer.

He declared he would ‘leave it to a Higher Power’. Leith deemed that this was a rejection of his offer and William Cuddy was hanged.

No further indignity was inflicted on his body though, and local tradition has it that he was cut down from the rope while still alive, nursed back to health and spirited away to America.

A mock funeral is said to have been held in Maghera, and a weathered stone in the old St Lurach’s church bears the inscription ‘The Burying Place of William Cuddy’.

The names of Glendy, Graham and Cuddy will not catch the eye of many modern-day history students, but they are ingrained in the town of Maghera and its rich history from this period.

Their heroic and tragic stories will continue to be passed from generation to generation and the tangible history of Maghera’s United Irishmen will endure.