How much do you know about Derry? (Part 2)

How much do you know about Derry? 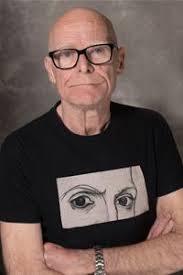 6. Who owned the BSR factories at Bligh’s Lane and Drumahoe?
7. After the closure of William Coppin’s shipyard in 1846, who then undertook the building of large scale vessels?
8. In 1696 a family called Lecky, who originated from Scotland, built a mansion in Derry. Where was it situated?
9. Who was the youngest candidate in the 1967 Londonderry Corporation elections?
10. Where is Knox’s tomb?

1. Where was the Tower Ballroom situated?
2. Who owned the chip shop which used to be at the top of Duke Street?
3. Which building in Derry could be associated with a town in Virginia, USA?
4. When was the Waterside Library opened?
5. In what year was Altnagelvin Hospital opened?
6. Where was Lyttle’s Shirt factory situated?
7. Outside what building did the old horse market take place before it was moved due to pressure from local residents?
8. Where are the cottages erected in 1900 in memory of the celebrated hymn writer, Mrs C F Alexander?
9. When were the male and female gaols opened? 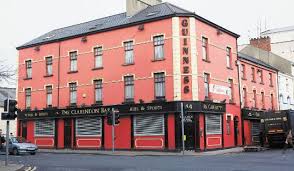 10. When was Boom Hall built and for whom?
11. Put the following buildings in date order of their construction: St Eugene’s Cathedral, St Columb’s College, Ebrington Barracks, Rosemount Factory, the Guildhall and Great James Street Presbyterian Church.
12. What building was substantially renovated and extended in 1824 at a cost of £33,718?
13. On March 2, 1892, ‘Sunnyside’, the home of the late Patrick Bradley was purchased with money left by Madame Waters. What did it become known as?
14. Where was the Mendicity Asylum and when was it founded?
15. Where was the Labour Exchange formerly situated?
16. Where was the National Assistance Office until the Crown Buildings came into use?
17. What did the following places have in common: The Corinthian, The Criterion, The Memorial, The Britannia, The Ashfield and The Westend?
18. When was the Star factory built and who designed it?
19. Which Derry building’s name when translated from the Gaelic means ‘the height of the sparrows’?
20. The Lion Bar was a landmark in Lower William Street for years but what was it called when it was finally destroyed in the early ‘80s?

1. Name the five members of the Undertones and the instruments they played.
2. What was their first LP and when was it released?
3. What LPs did they released in 1980 and 1981?
4. Who produced these LPs?
5. On which song did they sing about Kevin?
6. When they entered the British charts at No.31 in 1978 with ‘Teenage Kicks’ they became the first group to do what?
7. What record released in 1979 gave the Undertones their highest chart position – No.14?
8. Name the Belfast-based band which included Derryman Jim McDermott (on saxophone) and Johnny Anderson (trombone).
9. Who, in the mid ‘70s, did a ‘guest’ mime, complete with costume, of Leo Sayer’s ‘The Show Must Go On’ while Seamus Bonner of The Coaster’s sang?
10. Who performed the lead role in T C Doherty’s first production of ‘Ebenezer’?
11. With what completely different show did T C Doherty then follow up ‘Ebenezer’?
12. When musical composer T C Doherty took his musical based on Joan of Arc to Dublin, there was a name change for the show. What did it become? 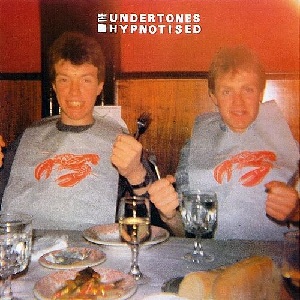 13. Which duo celebrated Derry City’s return to senior soccer with their second release called ‘Football’s Back in Derry’?
14. Name the local singer who had the lead role of Danny Zucco in the 1988 production of ‘Grease’.
15. With what question did Dana follow up her No.1 hit, ‘All Kinds of Everything’?
16. Radio Foyle’s ‘Orchard Quiz’ takes its name from the Art Gallery in which the recordings were first made. Since then, two other venues have been used even though the name did not change. What were they?
17. What is the name of the annual ‘lying’ contest run by the Colmcille Debating Society?
18. The Radio Foyle Mastermind title, eventually a radio show in its own right, began life as a part of which presenter’s longer show?
19. Name the Derry band that released the single ‘In Search of Orgazmus’ in 2005.
20. ‘Political People’, ‘Bombscare’ and ‘Asleep’ are all singles by which Derry band?

CLICK LINK: How much do you know about Derry? (Part 1)

Most of the quiz questions were taken from the Derry Quiz Book 2 which was published by Guildhall Press in 1988. It was compiled with the help of the following: The Guildhall Press staff, Gerry Lynch, Dermot Logue, Declan Carlin, George Proctor and A W Hileman.