Many of us make promises to ourselves that aren't kept. 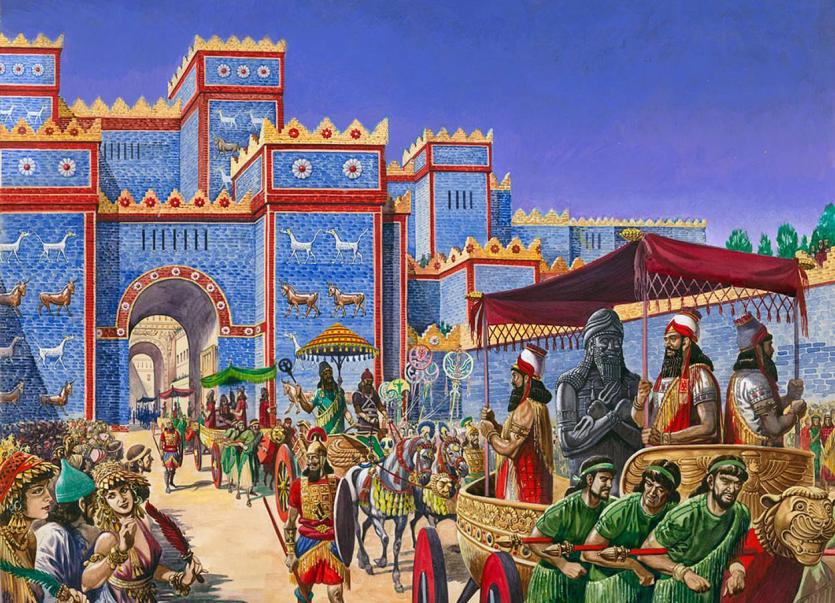 The first New Year's resolutions were made in ancient Babylon.

As 2020 approaches the majority of us will make a raft of New Year's resolutions.

Survey's consistently reveal that there are ten promises that regularly appear every time.

According to research on the issue, about 60 per cent of us readily admit to making New Year's resolutions, but just around 8 per cent succeed in achieving them.

Apparently one of the main reason's that so many of us fail to keep New Year's pledges are that they are not specific enough.

Experts on the topic have contended for example that resolving to exercise more or lose weight are easy ways to set yourself up to fail. This is because vague promises to yourself do not set out ways to mark your progress and so you are likely to lose motivation in the year ahead.

Another hurdle faced by those making resolutions is that they are often framed with negative language. For example, when people resolve to stop wasting money or eating junk food it can backfire because it makes them think heavily about the very thing they're trying to stop.

We've all been there and we also maybe tempted to believe that making New Year's resolutions is a modern phenomenon. But the practice is actually thousands of years old.

The ancient Babylonians are said to have been the first race to make New Year's resolutions around 4,000 years ago.

They were also the first people to hold recorded celebrations in honour of the start of another year. However, the Babylonian year began in mid-March when crops were sown and not in January.

This was marked by a huge twelve day religious festival known as Akitu when a new king was crowned or loyalty to the current monarch was reaffirmed. Part of the festival was making promises to their gods to pay their debts and to return any objects they had borrowed. If the Babylonians kept their pledges then their gods would favour them kindly – if they didn't then they would incur the wrath of their deities.

Ancient Rome also followed a similar practice. This began when Julius Ceasar reformed the calendar and made January 1 as the start of the new year around 50 years before the birth of Christ. January was named after the Roman god Janus – a two-faced god whose spirit inhabited doorways and arches. The Roman's, believing that Janus looked backwards into the old year and forward to the new year at the same time, offered sacrifices to the god and made promises of good behaviour for the coming twelve months.

Ancient Egyptian culture was closely tied to the Nile River, and it appears their New Year corresponded with its annual flood. According the Roman writer Censorinus, the Egyptian New Year was predicted when Sirius—the brightest star in the night sky—first became visible after a 70-day absence.

Better known as a heliacal rising, this phenomenon typically occurred in mid-July just before the annual inundation of the Nile River, which helped ensure that farmlands remained fertile for the coming year. Egyptians celebrated this new beginning with a festival known as Wepet Renpet, which means “opening of the year.” The New Year was seen as a time of rebirth and rejuvenation, and it was honored with feasts and special religious rites.

Not unlike many people today, the Egyptians may have also used this as an excuse for getting a bit tipsy. Recent discoveries at the Temple of Mut show that during the reign of Hatshepsut the first month of the year played host to a “Festival of Drunkenness.”

This massive party was tied to the myth of Sekhmet, a war goddess who had planned to kill all of humanity until the sun god Ra tricked her into drinking herself unconscious. In honour of mankind’s salvation, the Egyptians would celebrate with music, revelry and copious amounts of beer.

One of the oldest traditions still celebrated today is Chinese New Year, which is believed to have originated over 3,000 years ago during the Shang Dynasty. The holiday began as a way of celebrating the new beginnings of the spring planting season, but it later became entangled with myth and legend. According to one popular tale, there was once a bloodthirsty creature called Nian—now the Chinese word for “year”—that preyed on villages every New Year. In order to frighten the hungry beast, the villagers took to decorating their homes with red trimmings, burning bamboo and making loud noises. The ruse worked, and the bright colors and lights associated with scaring off Nian eventually became integrated into the celebration.

Festivities traditionally last 15 days and tend to center on the home and the family. People clean their houses to rid them of bad luck, and some repay old debts as a way of settling the previous year’s affairs. In order to encourage an auspicious start to the year they also decorate their doors with paper scrolls and gather with relatives for a feast. Following the invention of gunpowder in the 10th century, the Chinese were also the first to ring in the New Year with fireworks.

Since Chinese New Year is still based on a lunar calendar that dates back to the second millennium BC, the holiday typically falls in late January or early February on the second new moon after the winter solstice. Each year is associated with one of 12 zodiacal animals: the rat, ox, tiger, rabbit, dragon, snake, horse, goat, monkey, rooster, dog and pig.

While it is still celebrated in Iran and other parts of the Middle East and Asia, the roots of Nowruz (or “New Day”) reach far back into antiquity. Often called the “Persian New Year,” this 13-day spring festival falls on or around the vernal equinox in March and is believed to have originated in modern day Iran as part of the Zoroastrian religion. Official records of Nowruz did not appear until the 2nd century, but most historians believe its celebration dates back at least as far as the 6th century B.C. and the rule of the Achaemenid Empire. Unlike many other ancient Persian festivals, Nowruz persisted as an important holiday even after Iran’s conquest by Alexander the Great in 333 BC and the rise of Islamic rule in the 7th century A.D.

Ancient observances of Nowruz focused on the rebirth that accompanied the return of spring. monarchs would use the holiday to host lavish banquets, dispense gifts and hold audiences with their subjects. Other traditions included feasts, exchanging presents with family members and neighbors, lighting bonfires, dyeing eggs and sprinkling water to symbolize creation. One unique ritual that arose around the 10th century involved electing a “Nowruzian Ruler”: a commoner who would pretend to be king for several days before being “dethroned” near the end of the festival. Nowruz has evolved considerably over time, but many of its ancient traditions—particularly the use of bonfires and colored eggs—remain a part of the modern holiday, which is observed by an estimated 300 million people each year.

As paganism gave way to Christianity, early devotees of Christ began to use January 1 as a day when thinking about mistakes made during the previous year and resolving to do better in the next twelve months.

In 1740, the founder of Methodism, John Wesley created the Covenant Renewal Service which was held on New Year's Eve on New Year's Day. These ceremonies were also known as watch night services and included scriptural readings and hymn singing as an alternative to the rowdy celebrations held elsewhere.

However, despite the religious roots of the practice, today New Year's resolutions are mostly a secular practice. Now, most people make promises to themselves focusing purely on self-improvement.