Stephen McCauley  once interviewed  Jason Pierce  from  Spiritualised  and couldn’t help but tell him he’d named his Radio Foyle show after one of his songs… “@%£^ED up Inside?” was the reply.
On Thursday 17th,   Stephen McCauley’s  “Electric Mainline” aired for the final time after almost 14 years.
The show was the manifestation of the belief held by Stephen (and many others here) that local music belongs on the same stage as established/popular acts, a place where  Waldorf & Cannon  would be followed by Pixies and it would sound great. Now don’t panic, Electric Mainline, Soundscapes and The Afternoon Show may be gone BUT The Stephen McCauley Show took over from the 21st of  this month.
Stephen  told me “that was the end of a huge era for me, Electric Mainline was almost 14 years old” he went on “the 3 – 5 show had themes and Soundscapes had artistry but Electric Mainline came from here” and that he was “not sad but proud and it had been a privilege to do them”. 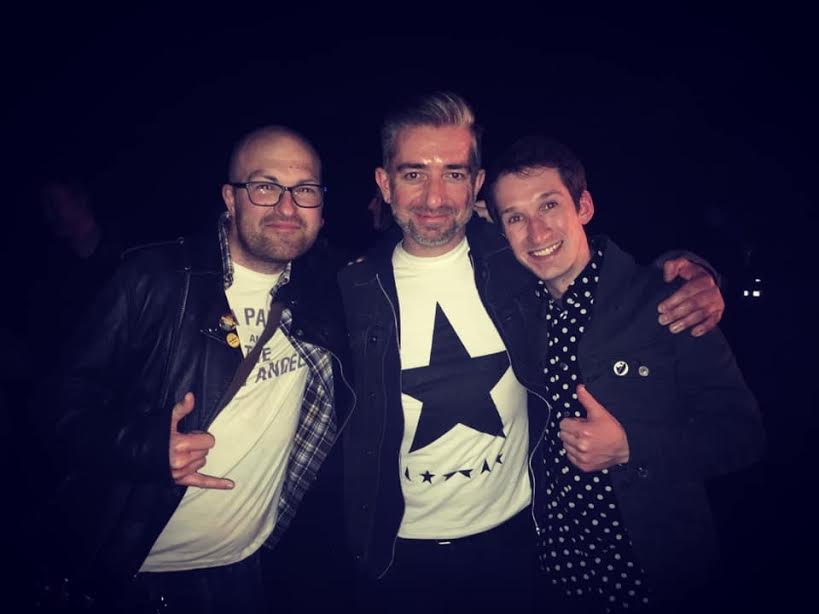 When you’re as hopelessly addicted to music as we are its hard not to use someone else’s words “David Bowie said ‘you get comfortable and that’s a dangerous place’ and it’s time to get scared again”.  Paul Connolly  from  The Wood Burning Savages  led the tributes and said “I could write a lot about how important the  Electric Mainline  show has been for music fans and music makers in the Northwest as it draws to a close. It has acted as a lightning rod and a proving ground for the diverse and deeply talented musicians of Derry/Donegal; whether making their first steps or continuing careers in creating music. It has also been an education in new music from all over the world for each of us”.
Keith Mannion  from  Slow Place Like Home  said “I am so proud to have been part of  Stephen McCauley's truly adventurous and ever-informative show, which bows out tonight, after 14 long years on the airwaves. This man has helped so many artists and my only wish is he continues to educate us all and showcase the very best of the sonic battleground for consumption, in his future endeavours. Personally, I am forever indebted for what he did for me through the years.  The utmost respect goes out! Slán agus beannacht  Electric Mainline”.
But we mustn’t dwell on the past. The Stephen McCauley Show is on every night between Monday and Thursday from 7.30 to 9.30 on Radio Ulster and started as it means to go on with an interview with Hot Chip’s Alexis Taylor married with a session with  And So I Watch You From Afar. The show will include mini features, first and last loves (self-explanatory) and a version of six degrees of separation called gang of four and  Stephen  says that the show “is hugely exciting, balancing music that is familiar to lots of people as well as introducing them to new music”.

One of my predecessors and friend  Mark Burns  said “Hats off to  Stephen McCauley  for all that he has done in the promotion and helping of local artists and great music. Give this man the keys of the city. I was honoured to be a guest on the very first edition of Electric Mainline. Derry is proud of you,  Stephen. Thank you”.
I say ever forward,  Stephen  says “it is a privilege to get on air and that time should be used wisely”. Paul Connolly though, put it in a way the rest of us couldn’t.