AE22: 'Back to porridge' for McGurk as Council duties call

The Causeway Coast and Glens councillor will be back in the chamber soon. 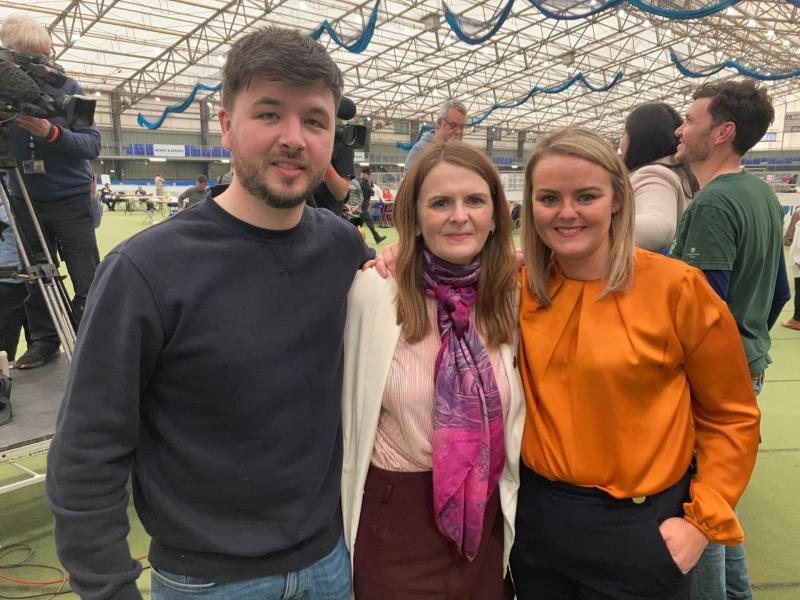 After narrowly missing out on the final Assembly seat in East Derry, Sinn Féin's Kathleen McGurk says there is no time for licking her wounds.

The Causeway Coast and Glens Borough Council described fighting her first Assembly Election as a 'roller-coaster' of emotions.

“It's been fantastic to see the Sinn Féin vote come out,” she told the County Derry Post.

“We've increased our vote by over a thousand here in East Derry; something like 11,600 people placed their first preferences beside me and Caoimhe. You couldn't ask for more than that; it's fantastic.

“We ran a very positive campaign, it was all about the issues Sinn Féin wanted to deal with when we got back into the Executive.

“We intend to be back in Stormont on Day 1 and Caoimhe is going to be back up there fighting for the people of East Derry and delivering along with her Sinn Féin colleagues.”

It is easy to forget that many of the candidates running are already serving councillors in the North's local government districts, and for Kathleen, there will be little time to reflect on the election.

“We'll be back into the Council next week again and back to porridge,” she said.

“When you are a councillor, you serve a small area, so it's people across the constituency that we've met on visits that have been brilliant.

“I've made a lot of connections across the constituency open doors to people I might not necessarily be talking to as a serving councillor.”